Before all of the holiday festivities begin this afternoon, I needed to get in some fishing. Three trips that all resulted in getting skunked was too much to bare. I went to a stream that provided me with fantastic fish the past two trips. Little did I know what it would give up today.

I reached the bridge pool that I thought would have the best chance of holding fish. The stream was high and slightly discolored, so I tied on a big red worm pattern with bright gold tinsel ribbing. A few casts to the head of the pool produced a drift that was probably too high in the water column. I decided to cast across and let it swing through the tail of the pool. On the third drift the line stopped and I lightly put on the tension. I knew that if it was a trout a strong hook set would pull the fly upstream out of his mouth, and if it was a snag the fly would be hopelessly lodged in the rocks. Luckily, rocks don't tend to thrash around on the surface when hooked.

As soon as I saw the thrashing I realized the trout at the end of my line was a true beast. After a few head shakes the fish went for a short run. It peeled out the line in my hand and some from the reel. Luckily I was able to turn him and get him in deeper, less snag filled water. He proceeded to shake his powerful head, and then bore into the bottom. Pulling him up was quite a chore with a four weight, but the rod was able to safely glide the fish to the net. When I was finally sure I was safe from losing the big trout, I realized what a miracle it was. I had just pulled a 20+ inch wild brown trout from this small mountain stream. That is just remarkable, and something that may very well never happen for me again. I marveled at the colors, the powerful tail, the orange adipose fin, the kype jaw, everything. This was truly a fish to behold. I also knew that it must return to the water, and  was happy when it kicked away so quickly. WOW! The world had just given me a fantastic Christmas present. I was ecstatic.

I flipped a few more casts, but I knew it was useless. And what could possibly have improved my day anyway? I rode home still shaking. 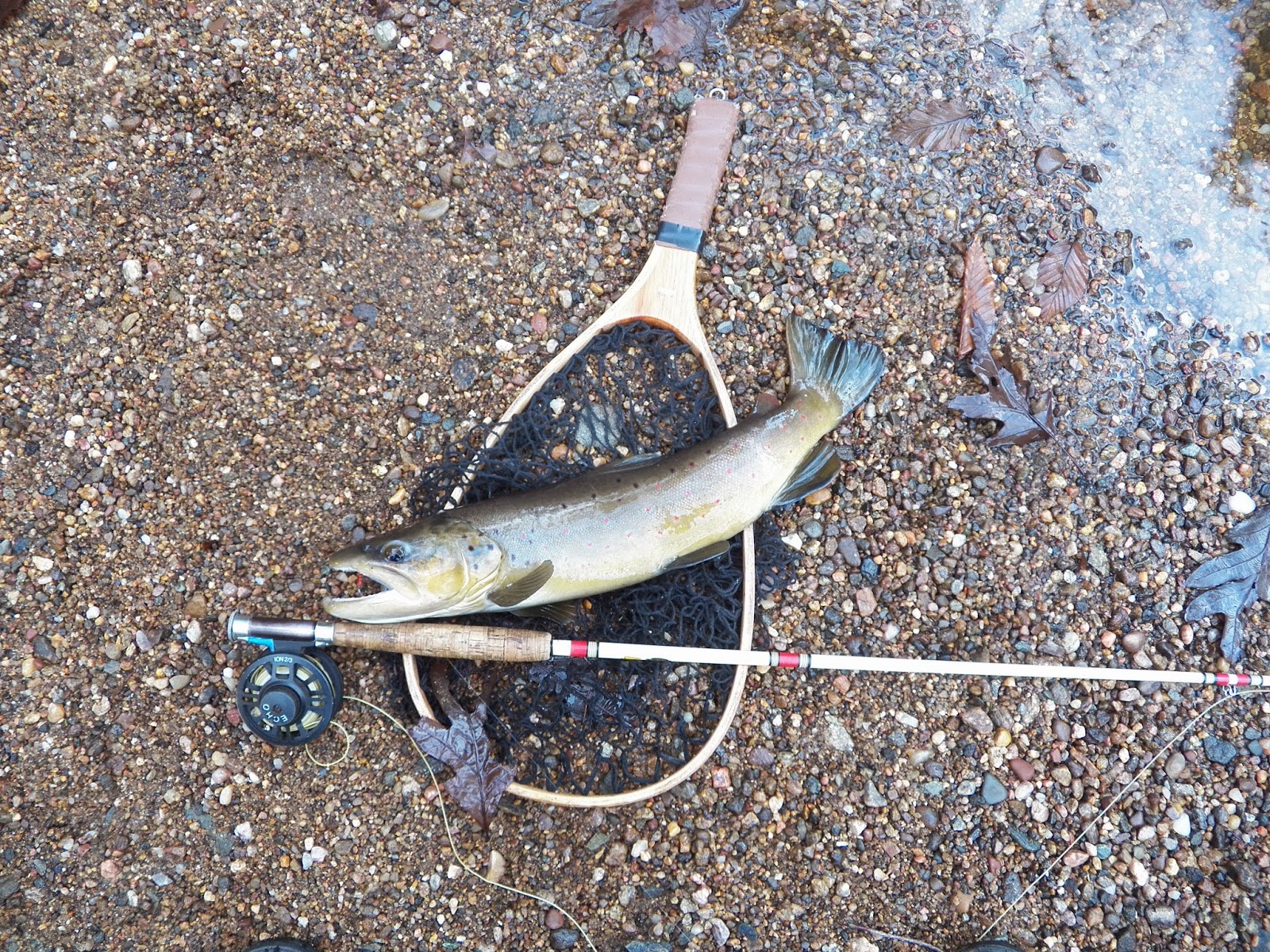 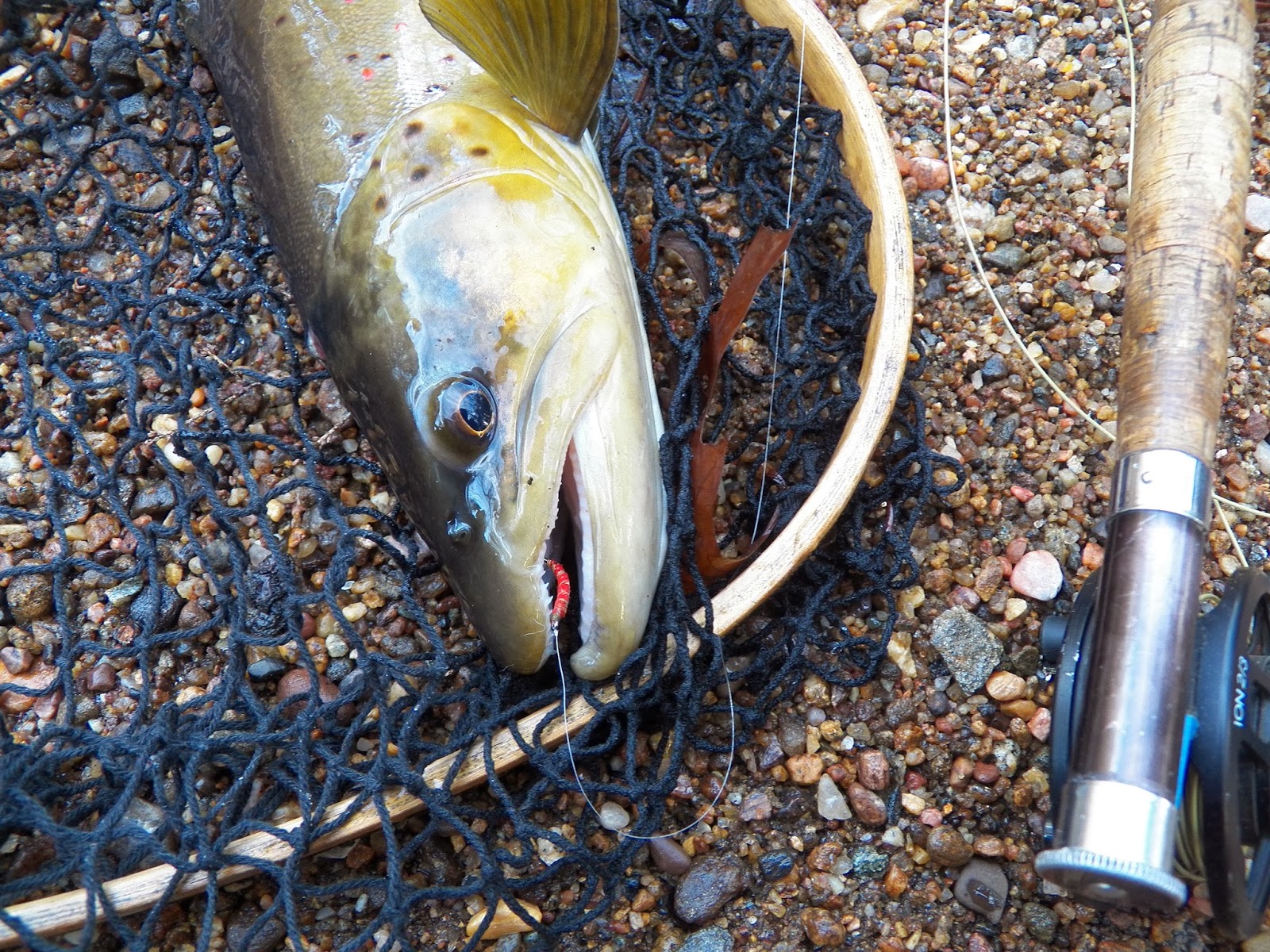 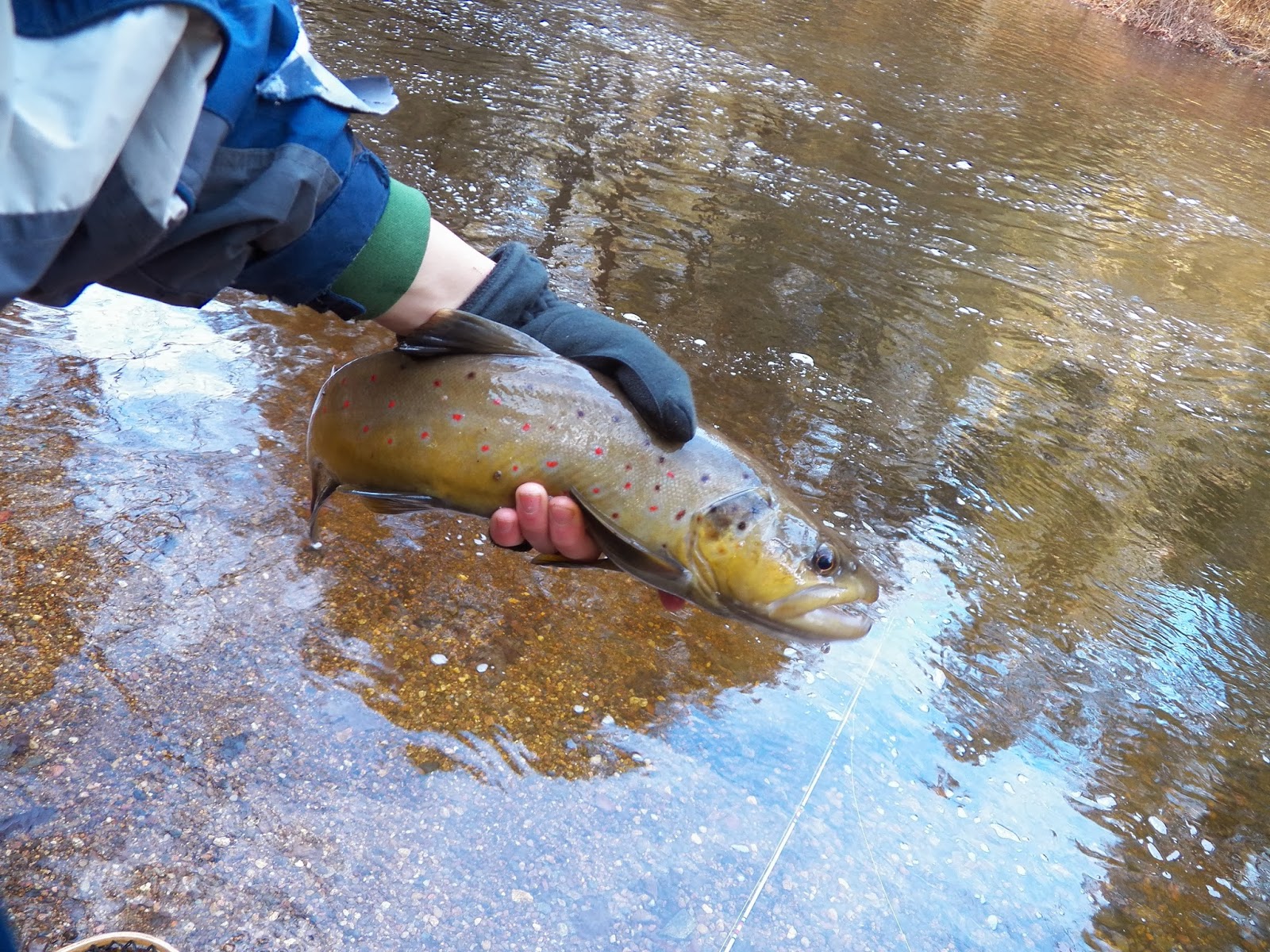 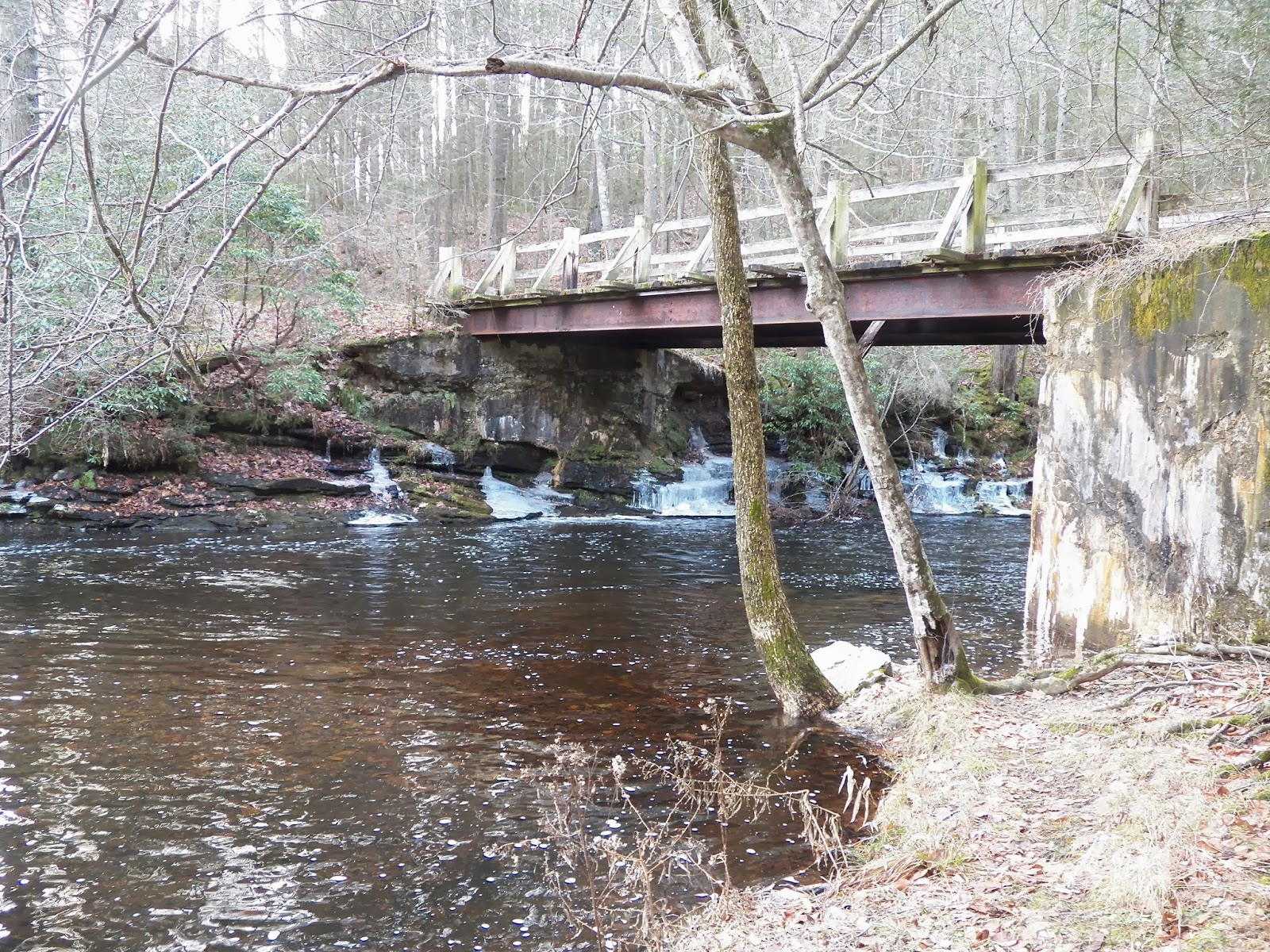 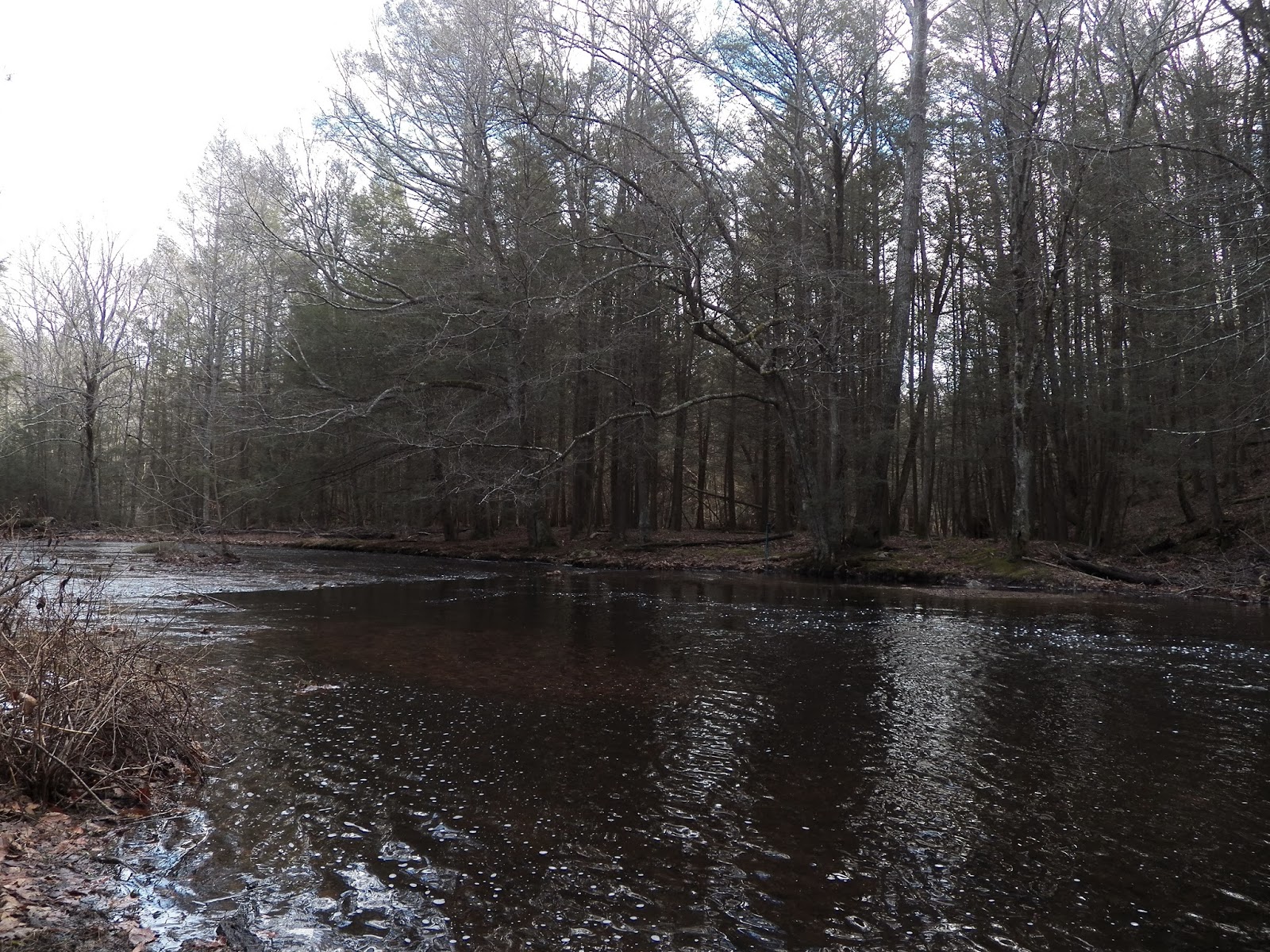