The Farmington River and a Spectacular Fish

I went up to the Farmington River today with Dave Gallipoli. My intent today was to get a big, preferably wild brown trout on a large articulated streamer. Right away when we got on the water we new it would be tough. Near the dam the water was no warmer but possibly colder than 50 degrees. That meant hatch activity was mostly absent, dries would not work well, and fish were a little more sluggish than they may have been in the past few days. We covered water. In a few spots I got pulls on a white Circus Peanut, and in a very special location I had a huge brown make a wake after my fly. He took but I struck rather than strip setting. The first fish of the day for me ended up being a smallmouth from the swift, while David's was a bow near the mouth of that stream. That was no indication about the things to come. 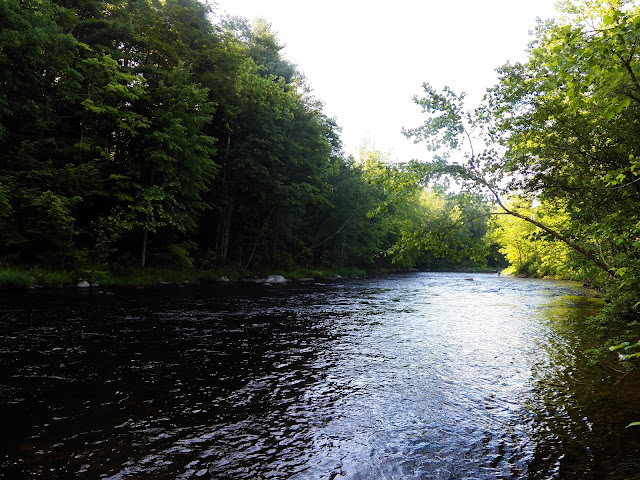 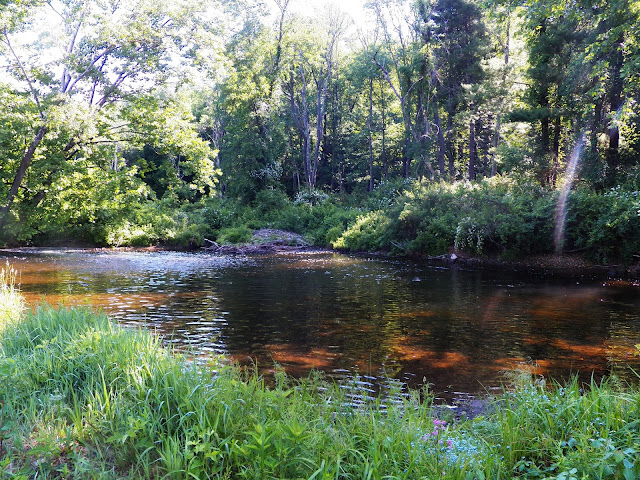 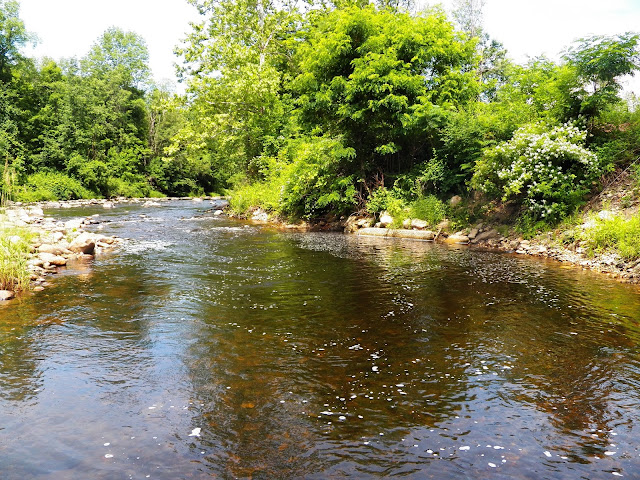 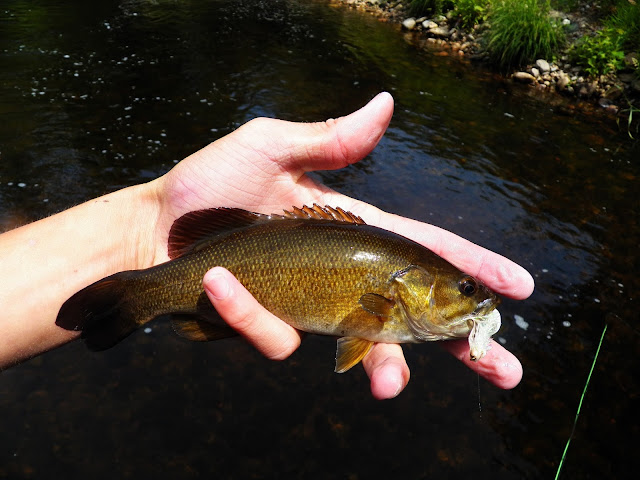 Next David showed me a good looking piece of water. The conditions had changed, and I felt that warranted a fly change. So the Circus Peanut was replaced by and olive colored Sex Dungeon. For those of you who haven't heard of this fly, it's a Kelly Galloup pattern and just about as good as an articulated streamer gets. Oh, and if you think I'm going to tell you where this piece of water is, you are mistaken.

It was just the right water for the kind of fishing I was doing. All the fish that hit there were within feet of the bank. The first was epic. The fish, probably 18 inches, launched clean out of the water for the streamer, making a loud pop and splash at the same time. He may have missed all together; I didn't feel anything. But I really don't care, in that circumstance the hit was more than enough.

The next take was classic. Bump, smash! A big brown often hits a bait fish to stun it then goes for the meal. This time I missed. It was another upper teens trout that looked gorgeous for the brief time I was able to see it. The next hit came on my way back up. A big brown ate the S. Dungeon in full gator mode. This time I didn't mess up the strip set. The big fish immediately ran upstream. I shouted up to David: "BIG FISH!!!". There was a serious bend in my big stout streamer rod. The fish turned after some convincing, but this time took of down stream, peeling about 15 feet of line off the reel. I was at that point shore bound. Big brown trout like this one are strong, and I was forced to put the pressure on to get this fish out of the current and past the rocks. By this point David had made it down to where I was and we got to see something beautiful. Gracefully and calmly the fish came into the shallows, the sun sparkling off his back and showed the buttery yellow on his stomach. At that moment I knew I was about to land one of the most gorgeous fish I have seen in person. For a short time I got to admire this jewel of a fish, a wild male brown trout of 20 inches, before it decided it was ready to go. And boy did it! Fish like that are strong. 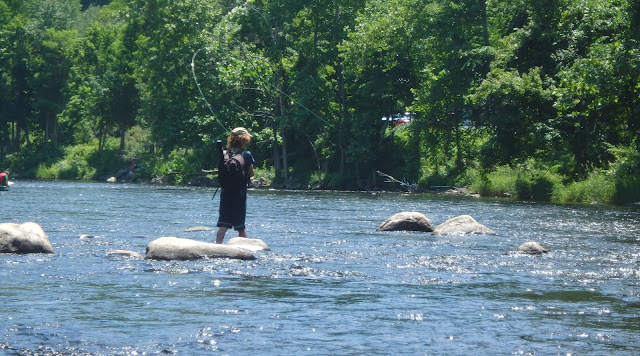 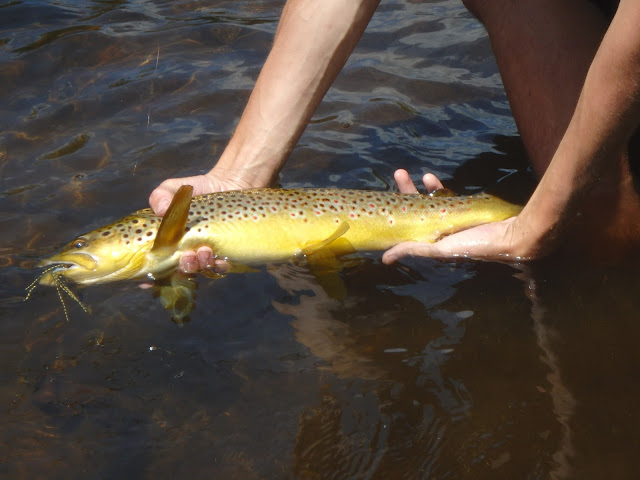 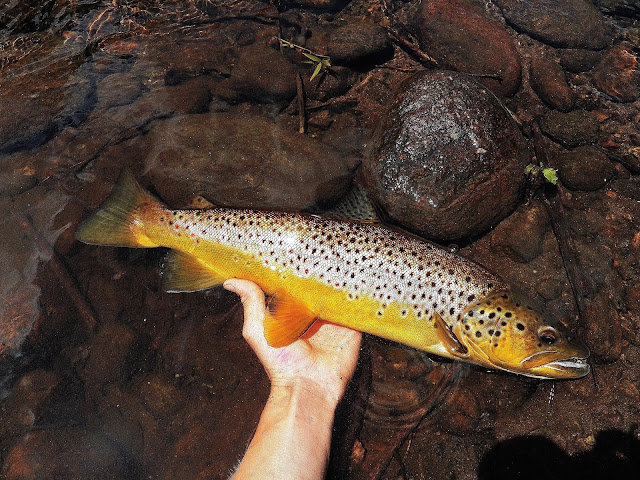 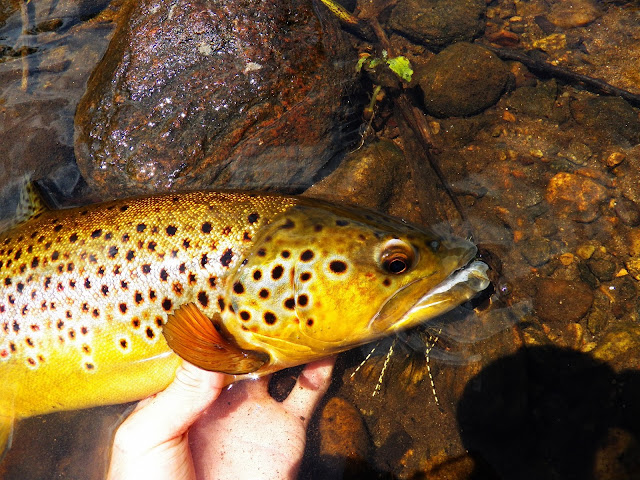 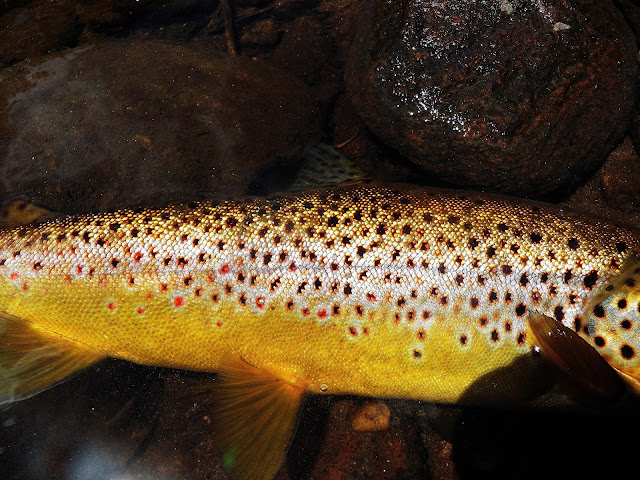 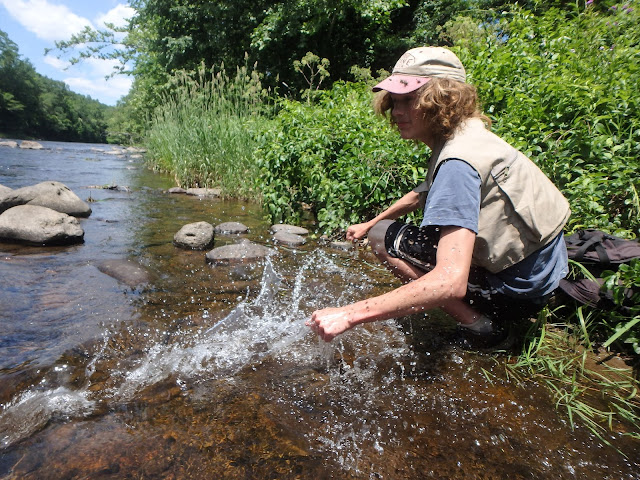 We fished for a while longer, both catching a few more fish. I missed some takes from more upper teen brown trout, but all I asked for was given. As we left one spot I had said "All I want is one big wild brown on an articulated streamer". And that's what happened. 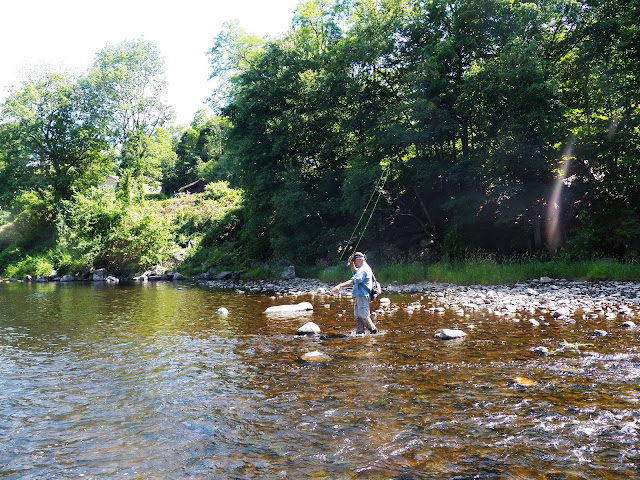 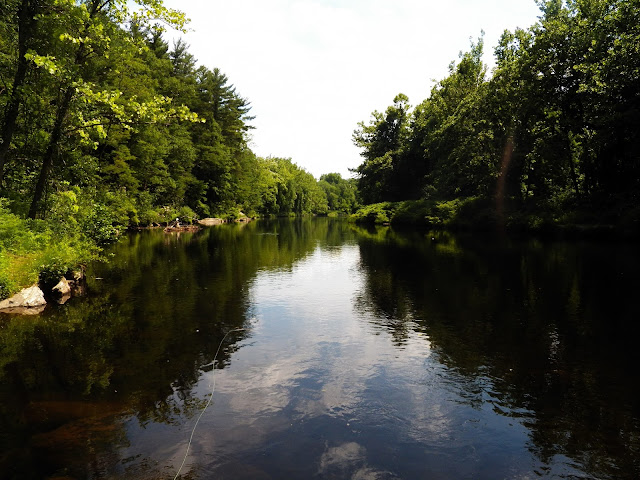