A Window Into the Blitz

Before I'd ever caught a striped bass, I was captivated by photographs of numerous bass surfing in a back-lit waves. To me, these photos were the holy grail. I wanted to see and catch fish in that scenario. As time passed though, I didn't care as much about catching them and more about getting my own such photo. The opportunity just never came. I never saw stripers in the curl of the waves, ever. Until this Friday.

Rick and I started out before sunrise fishing a breachway. It was cold and cloudy, with a northwest wind. I stayed out of the lineup at the end, where most of the fish were, since a fly angler in the rotation can muddle inlet fishing for everyone else there. I went up inside a ways and found some sort of snappers milling around in a shallow spot. This was a surprise, typically by October there aren't many exotics left around, but the water is still very warm. These were probably young cubera, that's about the most common snapper that visits these waters. I got them to chase big flies that they couldn't possibly eat, but anything small enough to eat they ignored. Rick was getting into stripers at the end, and I decided to hike up the beach. I didn't find any fish within range. Rick then got a call from his friend Dave, inviting us to fish with him. 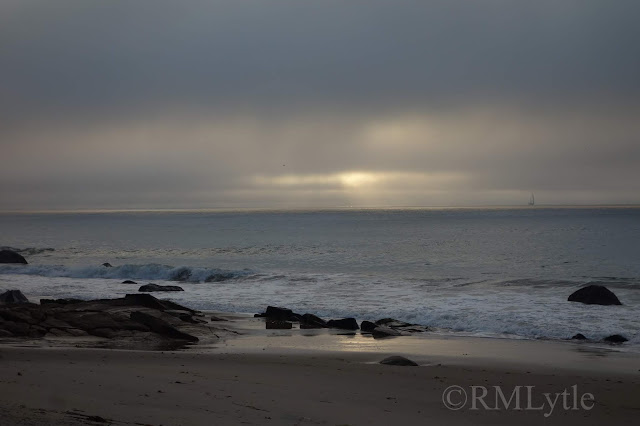 Dave has a beach permit. This was going to be fun. 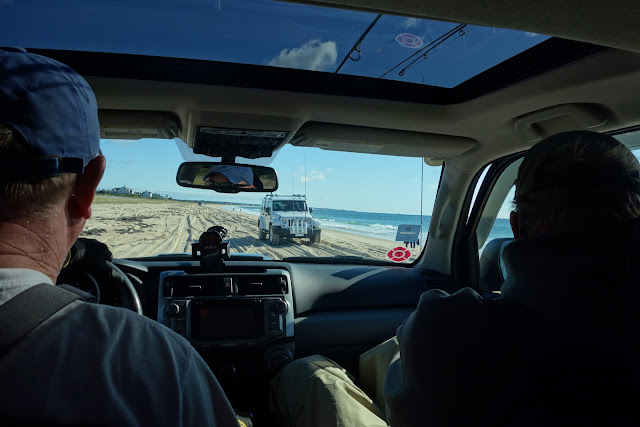 We moved around quite a bit at first, found fish very briefly in one spot. Rick and Dave caught a couple, I missed some. We left the beach briefly and watched some fish out of range and a big flock of cormorants feeding on peanuts. Then we got back out onto the sand with a blitz right in front of us. It didn't take long for each of us to hook up. The bulk of the fish were small, the same cookie cutter 2015 fish that have been the norm. 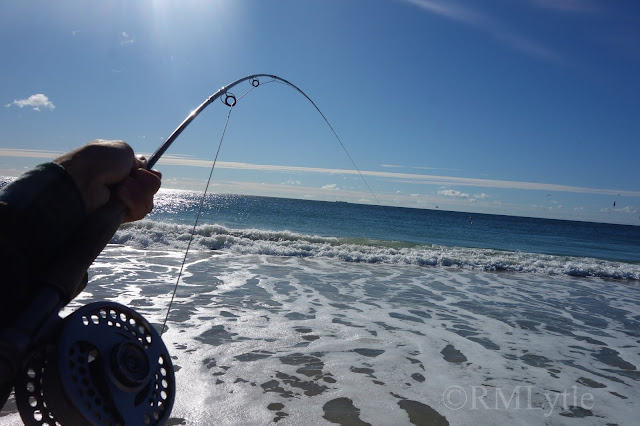 A few though were on the nicer side. Not giants, not remotely big by my standards, but a better tussle on the 10wt. 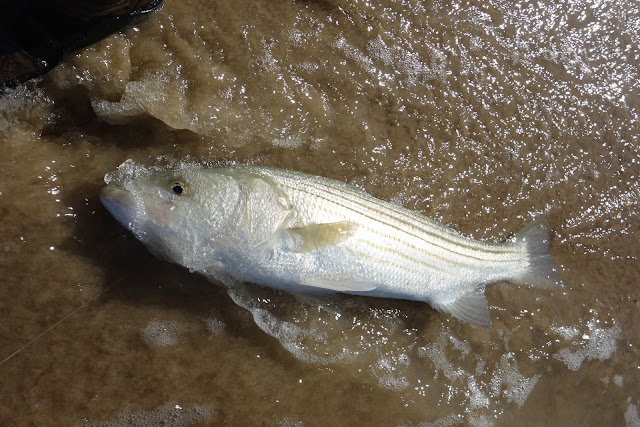 As things progressed, I spent less and less time casting and more time with the camera, because not only were there some great blitzes going, but as the sky was now clear and the sun bright, I was starting to see lots of bass and baitfish in each wave. The smooth curl before each wave broke provided a window into the blitz, we could now see it from a plain you wouldn't otherwise get to unless you were in the water with the fish. Bait frantically used the wave action to accelerate... but so did the bass, which surfed right into them. 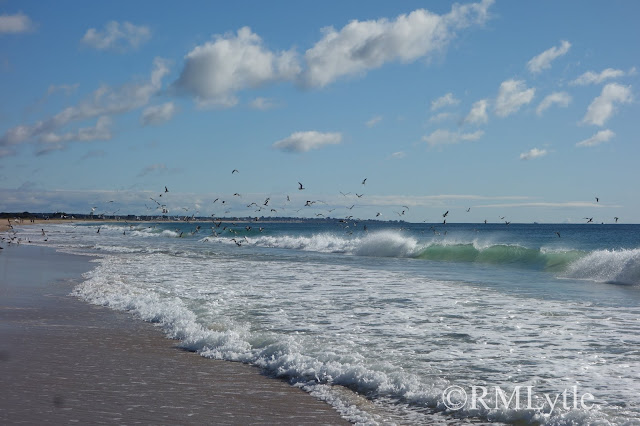 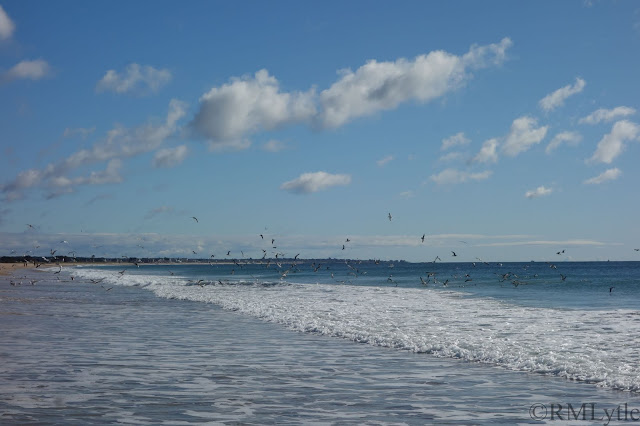 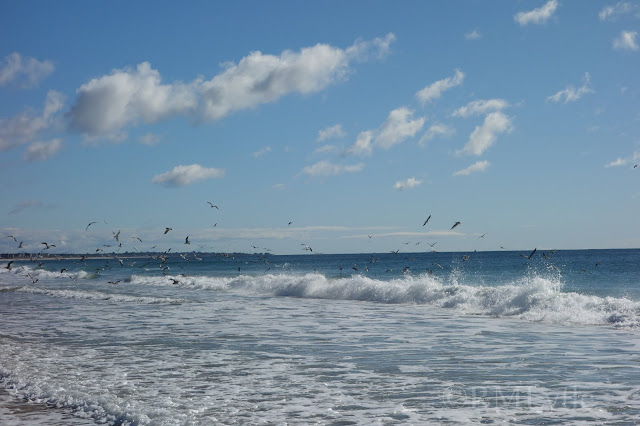 In the two photos below, each elongated dark shadow in the wave are bass. In the second, the peanut bunker these bass were after are also visible, some jumping out of the wave. Splashes in front, in the foamy wash, are bass feeding on the baitfish tumbled and disoriented as the previous waves broke. While I took these shots, bass swarmed around my feet, sometimes even bumping into me. 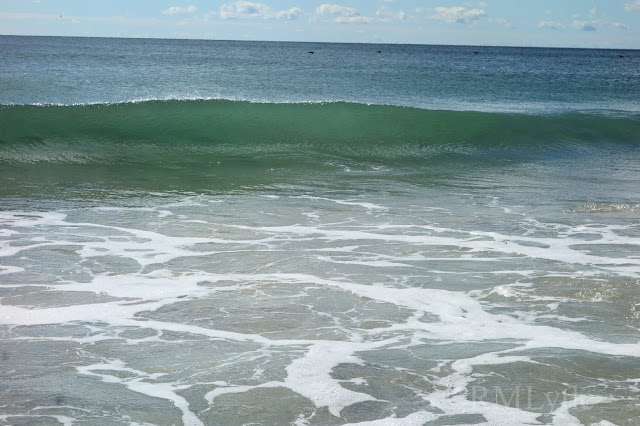 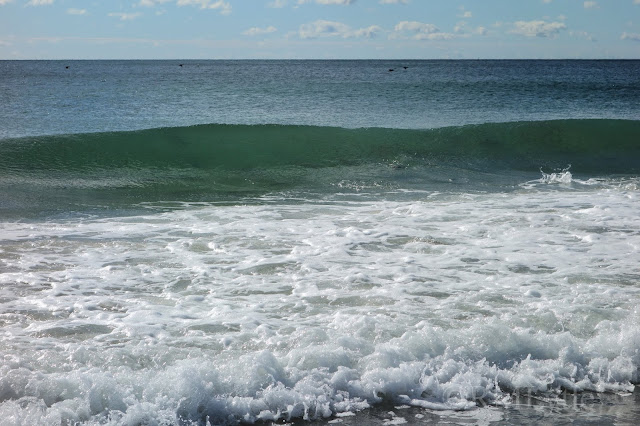 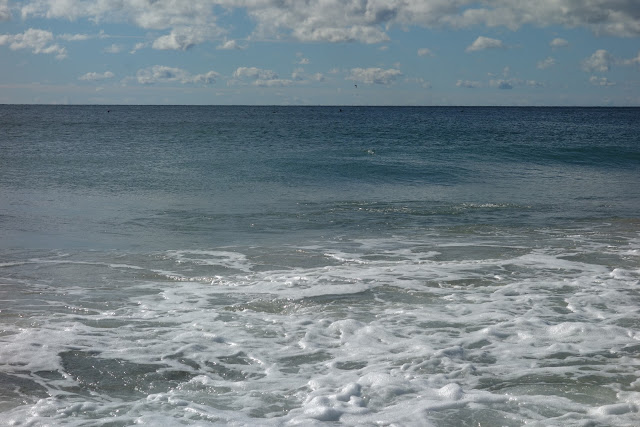 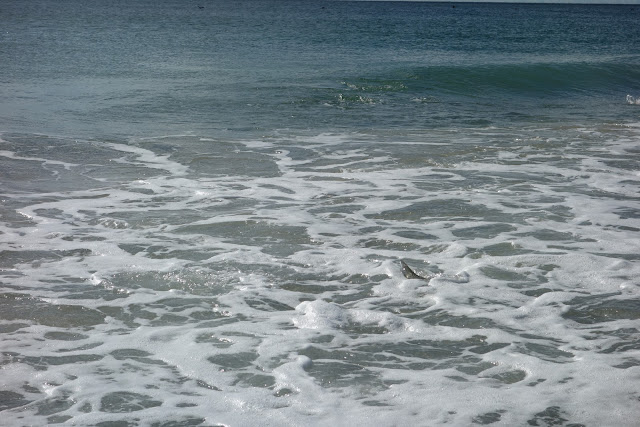 Then, the best window opened, with bass right in the front, and I hit the shutter button at the right moment. 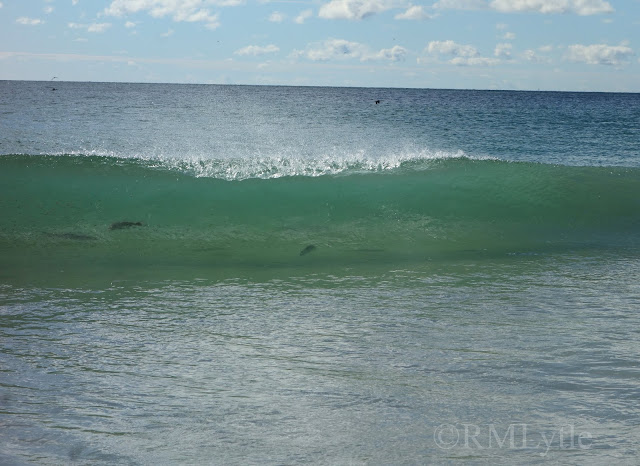 This is the glorious moment I had waited for. But I can't lie, I was not satisfied with it. I want to get an even better shot. More fish. Closer up. A better angle. It didn't happen on this day. But it will. I won't stop chasing this shot or these fish. I'm in too deep to get out. 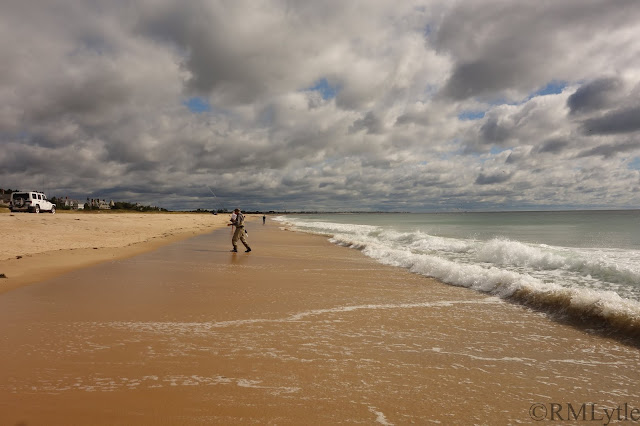 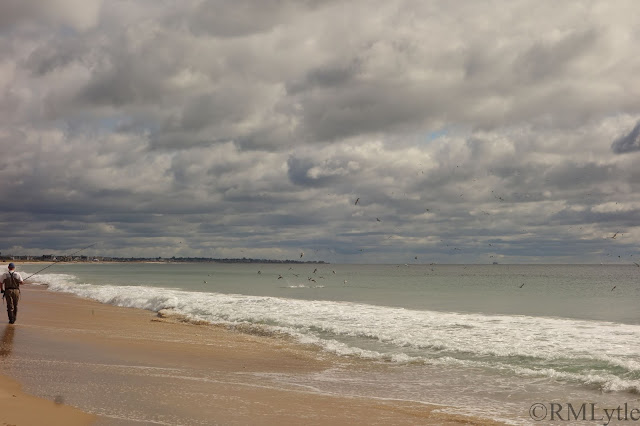 Thank you to my Patrons; Erin, David, john, Elizabeth, Brandon, and Christopher, for supporting this blog.