If you aren't familiar with Anders Halverson's book An Entirely Synthetic Fish, I highly recommend getting a copy. Halverson's book ultimately explores how humans have altered and interacted the natural world, with rainbow trout being the focus.

I've grown up fishing in a part of the country where there really aren't wild rainbow trout, and where hatchery trout are dumped into streams and ponds throughout the year under the guise of creating fishing opportunities. At first I didn't question it. It was what was normal and it must be the right thing to do, after all I could catch tons of trout just five minutes from home. Then I found wild trout, almost as abundant though smaller, and other species born in the river and inhabiting the same waters as trout were being stocked in, and I began to question things. The years have progressed and so has my opinion of trout stocking. I am more anti-stocking now than I have ever been. I know we can do better. I know we could have healthier wild trout populations in a lot of rivers if we stopped stocking over top of wild fish. This has been proven time in time again, in Montana, in Pennsylvania, even right here in CT. You've seen photos of the beautiful wild trout I've caught in all of those places right here on Connecticut Fly Angler. If that's not incentive enough, this should be: here are some of the entirely synthetic fish I've been catching lately. 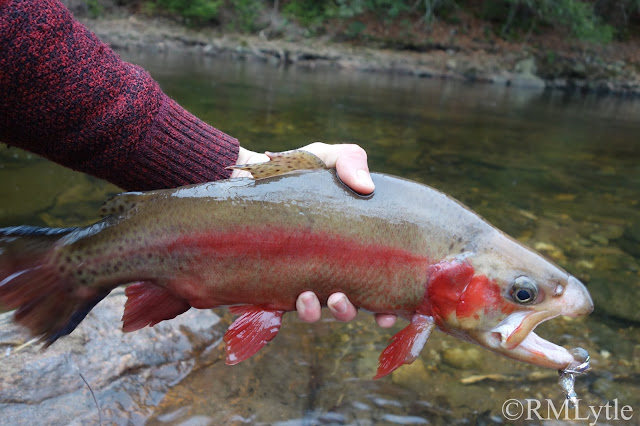 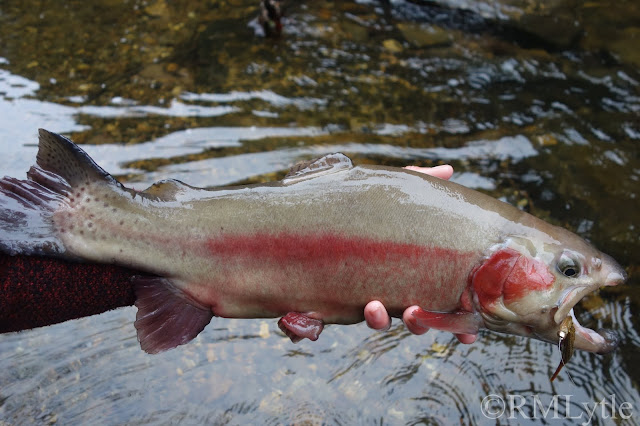 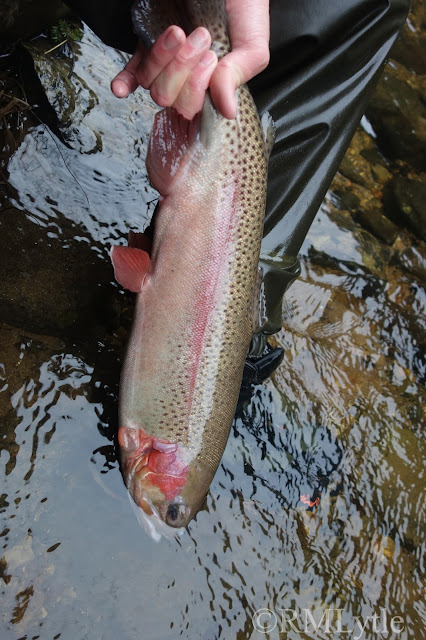 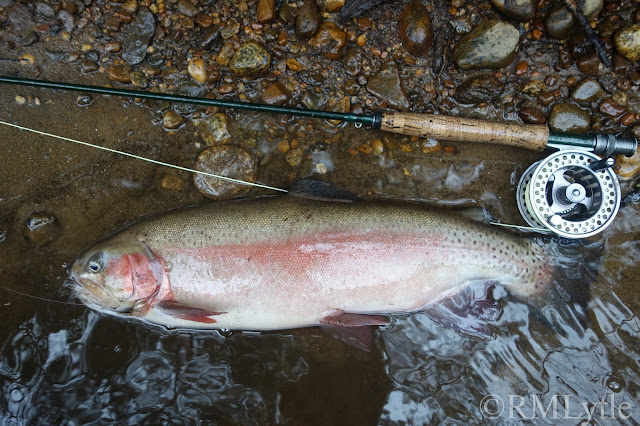 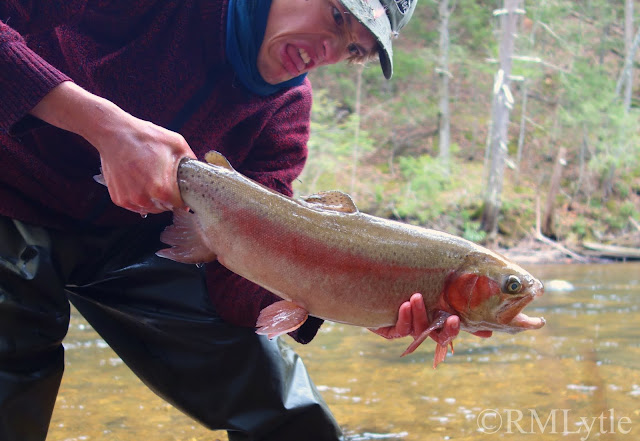 Actually, all of these hatchery broodstock rainbows were caught on the same day. I caught others as well that didn't come in front of the lens. Did it take a lot of skill to wrangle all those big trouts? Not really, no. These fish were fresh from the trout factory. They were no harder to fool and only faintly harder to bring to hand than the smaller fish that were all around them. To put that into perspective, in a length of river in which there were less than 10 of these large broodstock trout, I caught six in one morning. In a stretch of wild trout river I've been fishing for four years that probably has less than 10 wild brown trout over 20 inches, I've hooked exactly four trout over 20 inches and landed none of them, because the all outsmarted me.
Which of those two sounds more appealing to you? It may well be the six big ugly slobs in one day, and that's okay I guess, to each their own. But which is right? Which is the way things should be? Which is more rewarding? Take a look back at those photos of those broodstock rainbows, then look at the following photos of fish born in the stream they were caught, fish that would benefit in numerous ways from the cessation of stocking adult trout, and consider those questions again. Which fish do you want to catch? It's a very easy answer on my end.... 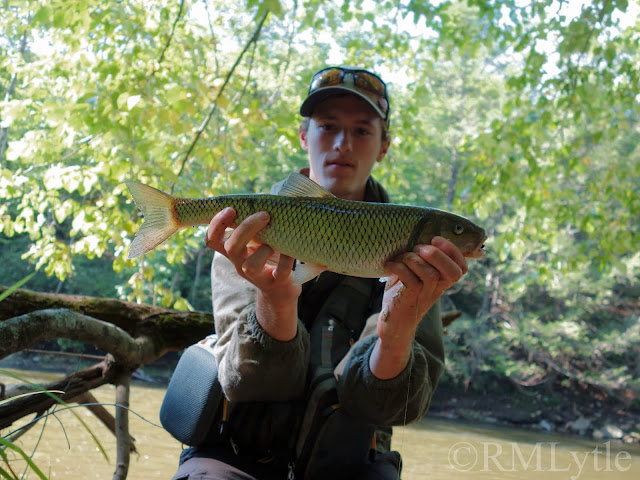 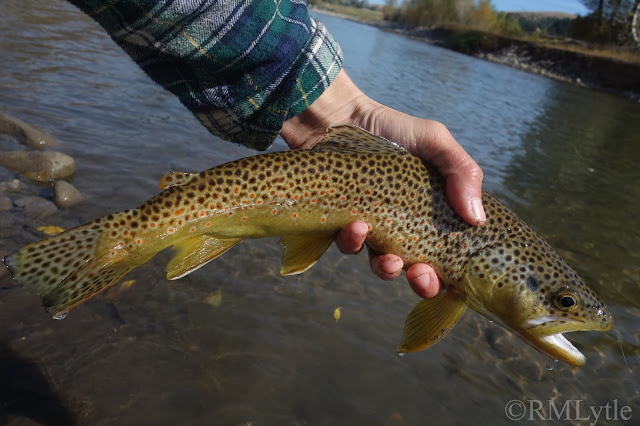 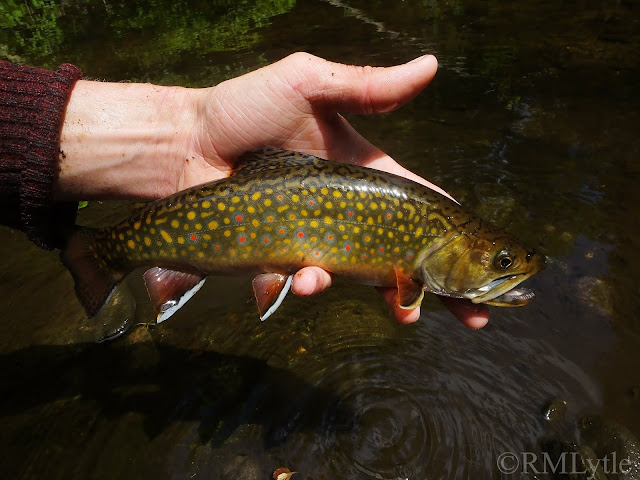 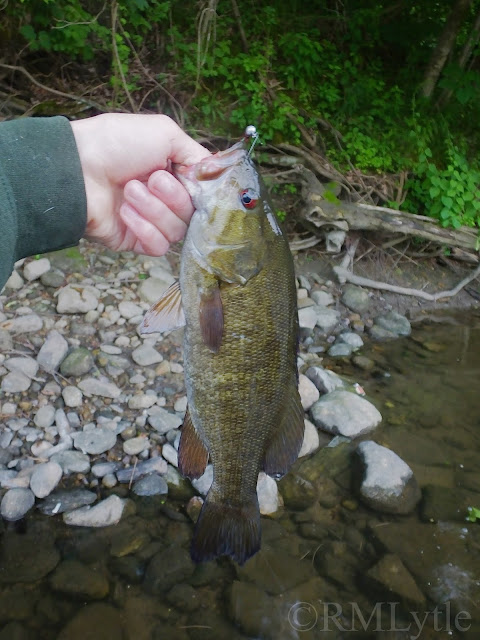 Thank you to my Patrons; Erin, David, John, Elizabeth, Brandon, Christopher, Shawn, Mike, Sara, Leo, and Franky for supporting this blog on Patreon.
Posted by RM Lytle at 4:13 AM