The Lifers in Between

When you go on a multi-week long trip to an area like Florida with extremely high species diversity and are fishing all day every day, it isn't at all unlikely to catch lifers while between focused fishing missions. This post is about those species that I caught on this trip that just don't fit into their own story or the story of a day.

Our camp was on a pond. This was familiar territory as we'd spent a bunch of nights at the same campsite back in December 2018 and January 2019, but this time around I noticed some micros that we hadn't seen here before, shiners and silversides. Silversides in ponds may sound wrong to northeast saltwater fisherman that are used to silversides being a saltwater baitfish species, but a number of silversides inhabit freshwater habitats. However, and somewhat embarrassingly, I never put much effort into catching the silversides. I did, however, one morning, catch on of the shiners. With very few candidates it was an easy ID; so coastal shiner joins the list at 150 as well as being only my third Notropis. 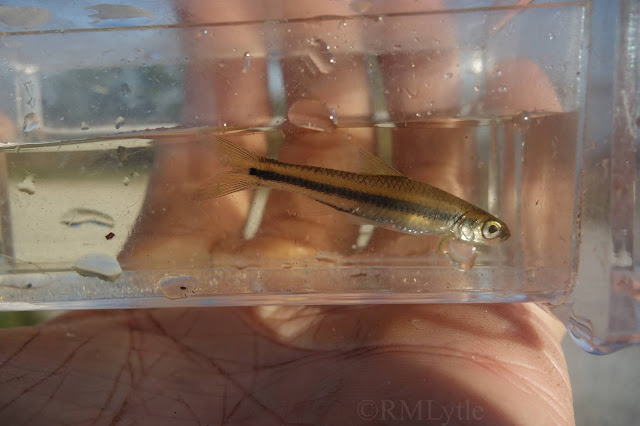 In front of a culvert in a mangrove lined river one morning, right near a boat launch we were using a lot, I caught two mojarras on small midge patterns. Mojarras are a notably difficult bunch of fishes to identify. A variety of factors, chief among them the profile of the top of its head in comparison to the other possible mojarra species, lead me to conclude that the first was a slender mojarra.

The second mojarra was much easier to identify, thanks to Leo Sheng for pointing out to me that no other mojarra has, as he put it, "the weird extra meat at the beginning of the dorsal fin".

In the cracks of the boat launch itself were dozens of gobies. Each individual seemed to have a different response when a fly was presented to it. Some ran away. Some attacked. Some didn't seem to care one way or the other. I managed to catch a few of them, and though one was a frillfin goby, a species I already had, a few were the aptly named crested gobies. 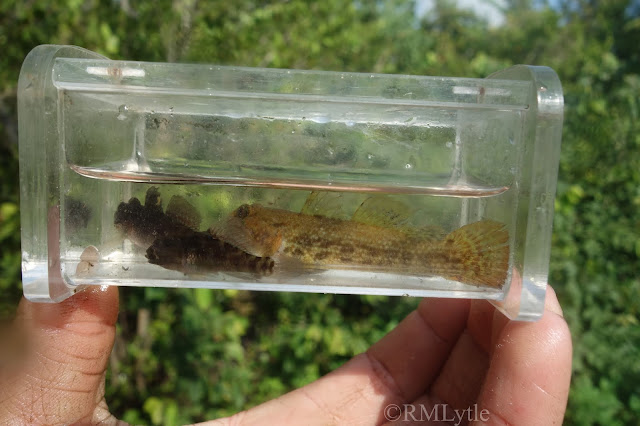 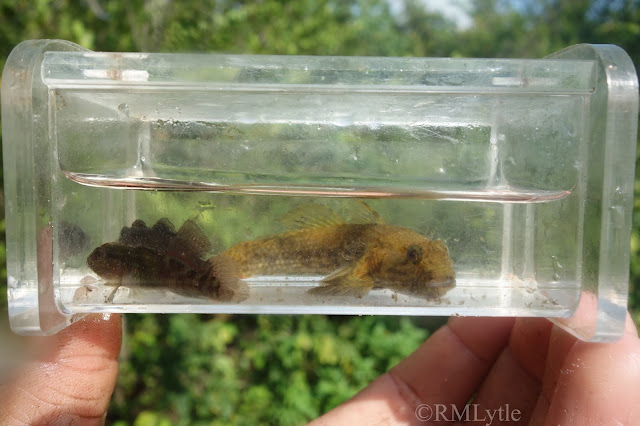 Thank you to my Patrons; Erin, David, John, Elizabeth, Brandon, Christopher, Shawn, Mike, Sara, Leo, and Franky for supporting this blog on Patreon.
Posted by RM Lytle at 10:24 AM