It was a little breezy out yesterday. When I hit the river with David and Elwin we were catching nothing but sticks, leaves and other various non-fish items, whether they were on the water, on the bottom or somewhere behind us. The sun was likely to blame for the lack of feeding since the wind was blowing downstream. It is an upstream wind that kills the bite, so I'd guess the bright sun and clear water kept the fish hunkered down until the shadows began to creep over the surface. 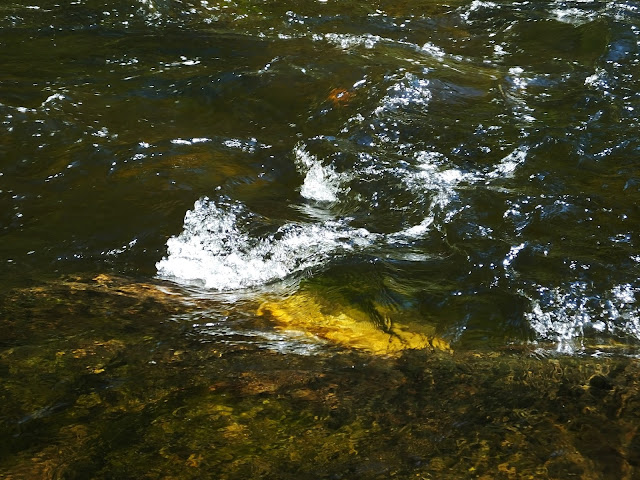 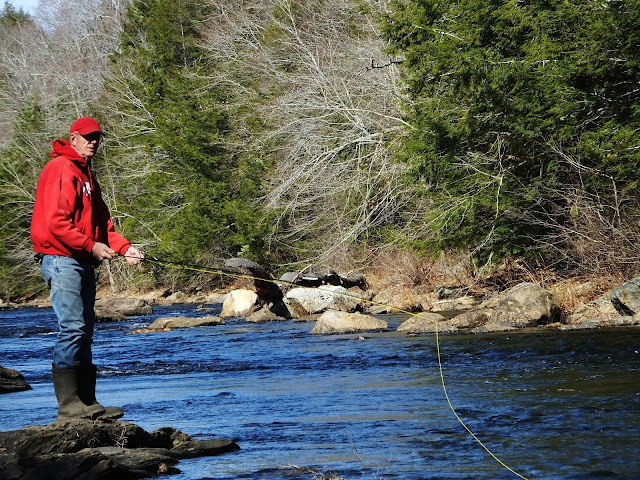 We did move some fish, particularly wherever a shadow hit the water, but it was slow. Eventually El and Dave had to head out but I stayed, refusing to let home waters and stocked trout get the best of me. 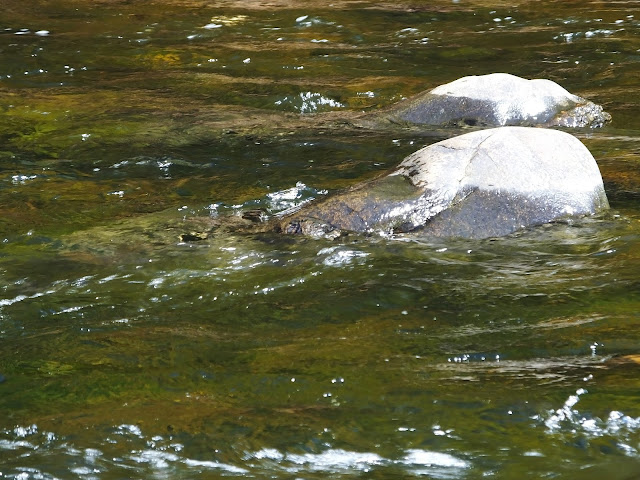 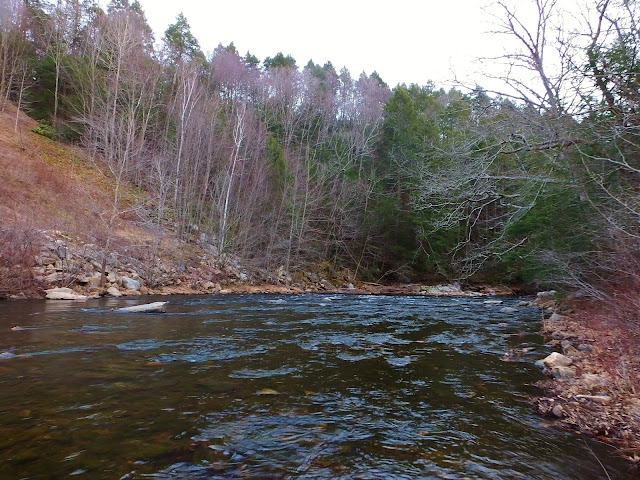 Eventually in a deep deep pool, when the shadows had stretched from bank to bank, I caught four fish indicator nymphing. That gave me the confidence to tie on the mouse. Soon I was getting explosive strikes but the fish missed the fly time after time, often just tail slapping it. But finally as the sun ducked behind the hill a large brook trout rose to the fly and made the most beautiful slow motion take I have ever seen. It closed it's huge mouth around the fly and turned down, showing its big square tail on the way. I set the hook and was in for a short but nail biting battle. Soon I had a 19 inch brook trout at hand. 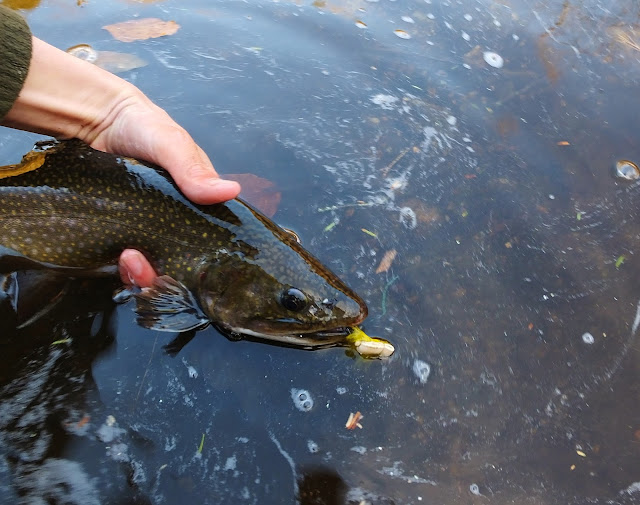 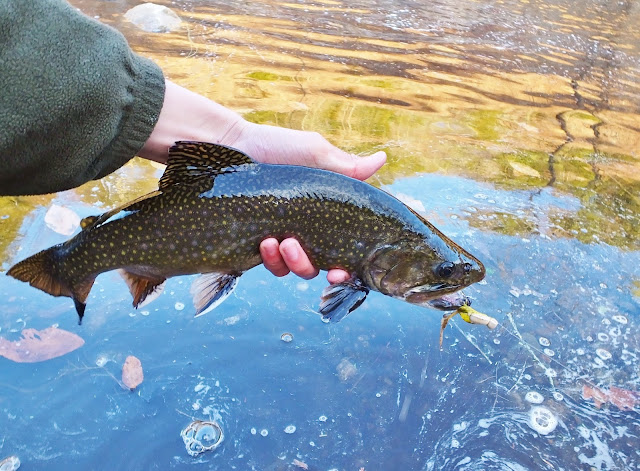 That made my day, and though I had a few more fish come up and take the mouse I was not nearly as impressed with them as I was the brook trout. That was a stunner.
Posted by RM Lytle at 9:12 AM