The Year the Sand Eels Returned

Sand lances or sand eels, were a staple baitfish in Long Island Sound for many years. By the time I was regularly fishing for striped bass, they were rare enough that it took three years before I encountered bass feeding on them and it wasn't until this year that I actually had to fish imitations of them to deceive fish very specifically keyed on sand eels. This year has been an odd one in Long Island Sound, not like any other year I've fished, and it seemed for a while to be the year the sand eels returned.

One grey morning in late June I stepped onto the sand of one of my favorite flats and looked out over The Sound, unable to see the horizon as the glass calm water blended with the foggy grey sky. When a handful of sand eels spooked out of the bottom of a shallow pool, I knew this would be a good morning. I'd never seen as much as a single one here in the past. 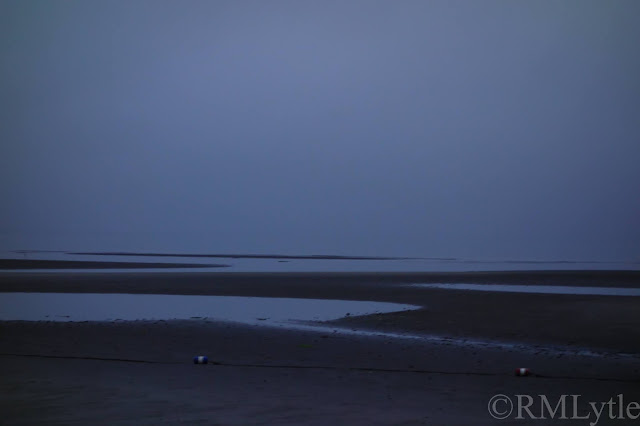 As I walked further still, I saw something else peeking its head out of the sand, a fish of catchable size, and clearly a species I'd never caught. I had a bonefish fly on, and though it wasn't really small enough I had nothing better. I dropped it in front of the fish and it left the sand and ate aggressively. It was much too large to fit in the mystery fish's mouth, but I still managed to hook it and bring it to hand... not that there was much fight on the 10wt.

It would be a little while before I identified this fish. Leo Sheng identified it, actually.

I hadn't even gotten my ankles wet and I'd seen some sand eels and caught a new species. When I did get out into the water it was quickly apparent that there were large schools of sand eels and that both striped bass and sea robbins were feeding on them. I tied on a simple, slim, Surf Candy style fly and waited to see a wake, pop, boil, or tail.
The first fish I caught was a sea robin. This was no surprise, they are pushovers. 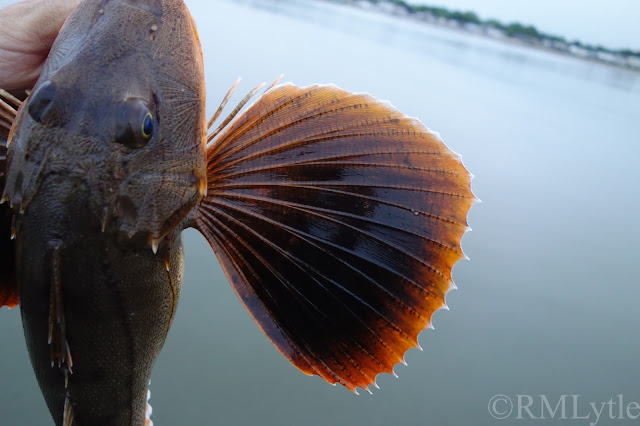 It took me a little while to realize that, though I was only in a foot and a half of water, the stripers were behind me. The were working the bar edges, rooting out sand eels. Though I wanted to look out into deeper water, I was going to need to turn around to catch these bass. 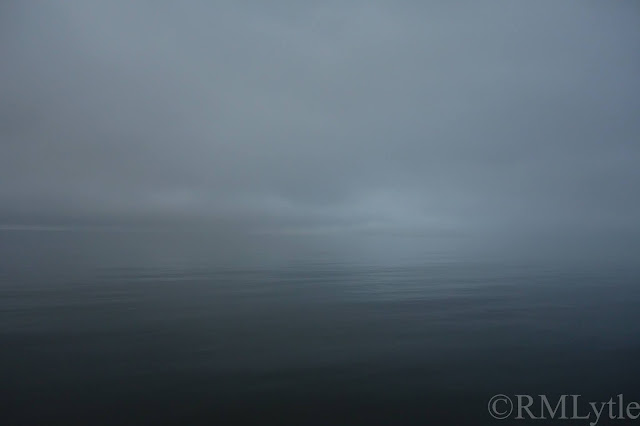 They were very finicky, as most stripers feeding in just inches of water are. I was getting more follows than I was committed takes. In fact I wasn't really getting any takes at all, until I started to let the fly fall and slowed my retrieve. The I managed to pick up a few fish. They were small, but it isn't just about size... it's about the conditions. I don't care what size the fish are, stripers working extremely shallow water, feeding selectively, and demanding a precise presentation is extremely engaging fishing. 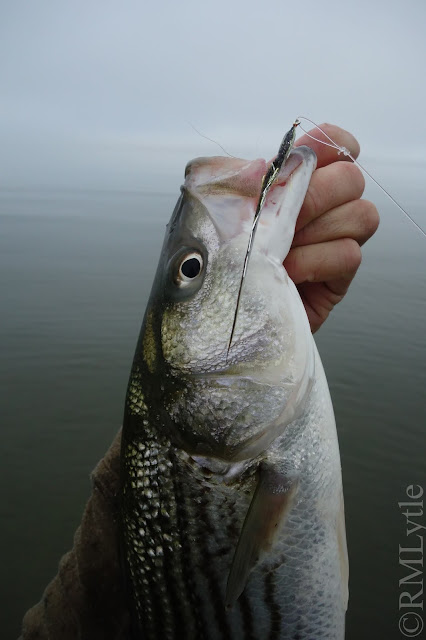 After a while the visible bass activity dissipated, so I tied on a Gurgler and attempted to get a topwater sea robin... it didn't take long. Mission success. I left happy. 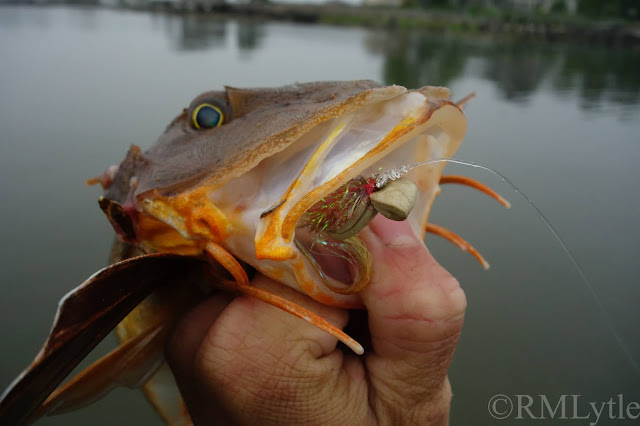 That was the last time I saw sand eels there so far this year. I kept seeing them in other areas until water temperature climbed too high.
Until next time,

Thank you to my Patrons; Erin, David, John, Elizabeth, Brandon, Christopher, Shawn, Mike, Sara, Leo, and Franky for supporting this blog on Patreon.
Posted by RM Lytle at 8:33 PM