The water is warming. Buds are beginning to change from red to green. Birds and frogs are singing. Turtles are basking on the floating logs. Spring has sprung in CT. This is a magical time of year to be a fisherman. One of the most exciting parts of spring fly fishing is the migratory species. Water that was completely devoid of fish just weeks go is suddenly teaming with life. Fish come in from lakes, coves, deeper river channels, and from the ocean, converging on small freestone rivers and streams where they will spawn and feed. Migrations have captivated me since I was a little kid. Biomass in motion. It's incredibly exciting stuff.

And right now there's a lot of biomass entering the river that I will be frequenting for the next two months. The species of highest concentration right now is one that many don't give a second thought. But I, never one to turn done any fish species, I love them. White suckers are making their way into the river in huge schools right now. There are limited time periods during which these fish make themselves viable targets for fly fisherman and this migration time is perhaps the best. During the day they find safe water to hold up in and await darkness to continue their upstream journey. They feed recklessly. And getting them to suck a fly off the bottom is a challenge I very much enjoy. 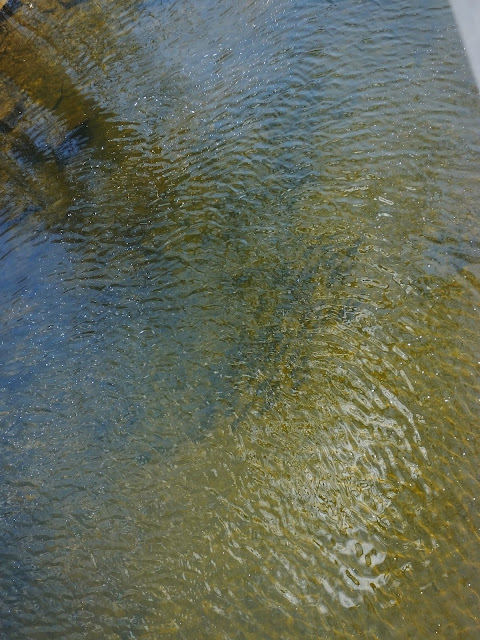 Around the schools of whit sucker were a handful of other migratory fish. Below, a walleye, resting and waiting for nightfall. This is they time of year when walleye spawn in river mouths. They are exceptionally uncommon in this location, so I was quite surprised and excited to see it. Though I didn't get a chance to photograph it I also spotted one of the biggest rainbow trout I've ever seen. 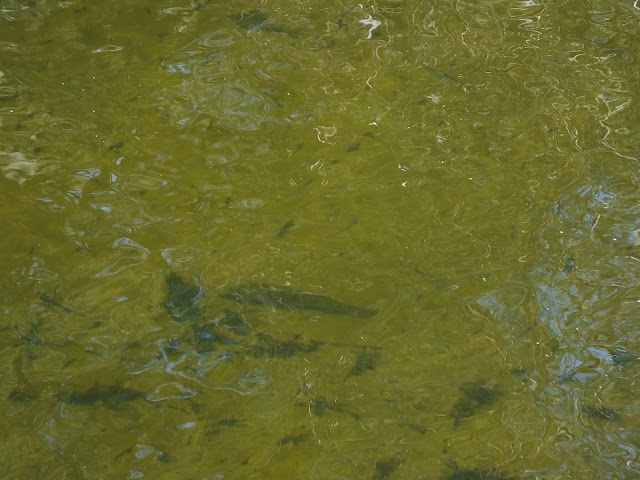 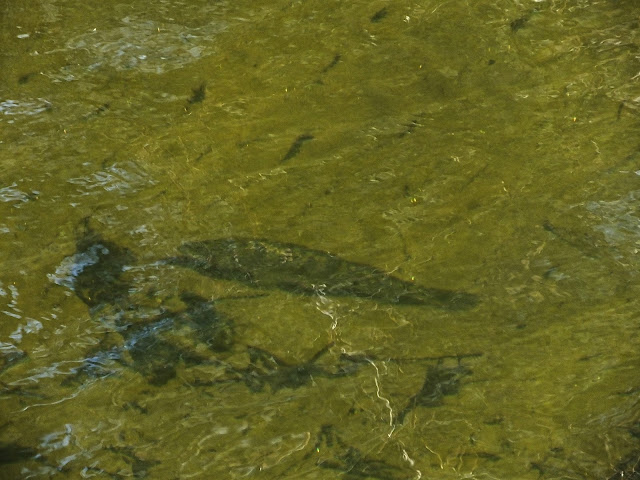 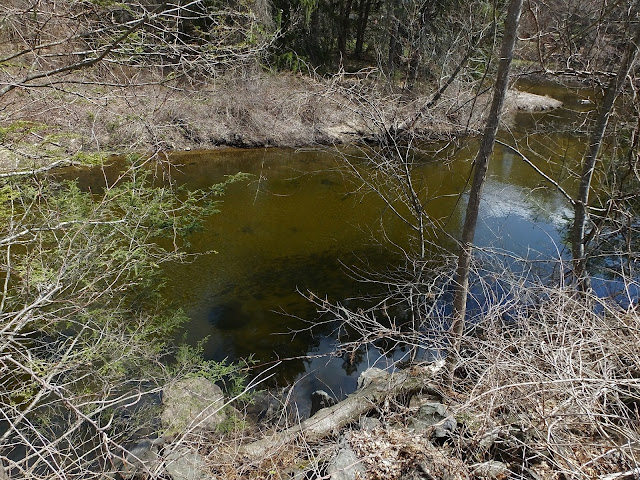 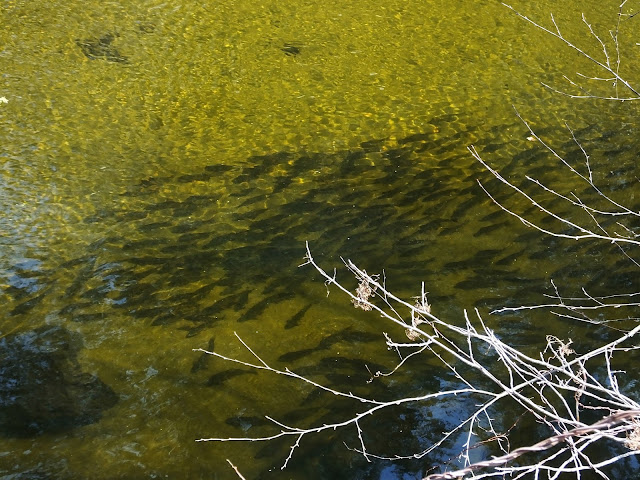 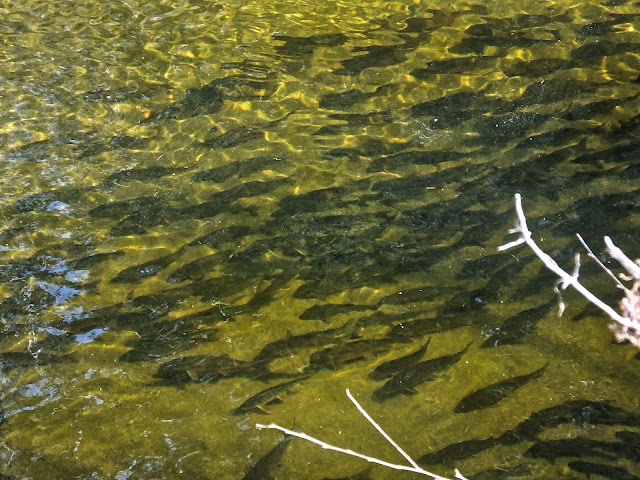 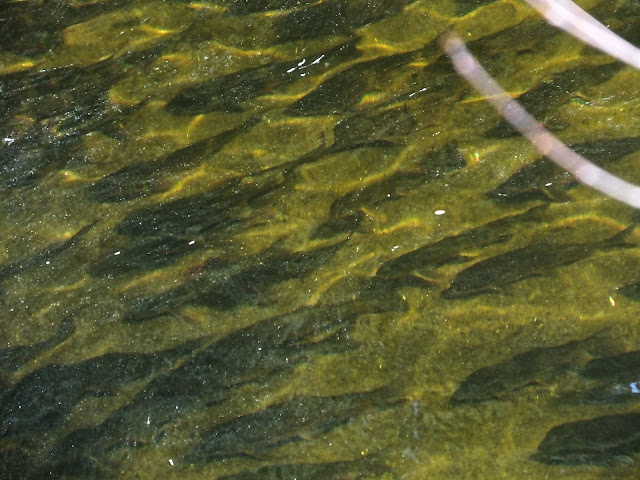 I used three splitshot to get the fly down quickly and just roll along the bottom at a much slower pace than the current. Takes were subtle. The fights were not. These fish make catching largemouth bass feel like dragging a wet sock in.

Most look at a suckers strange rubbery mouth and oddly shaped head and call it ugly. I look at a sucker and see it's big, fan like dorsal fin, redfish-like scales, and broad tail and I call it beautiful. Evolution gave them a face made for sucking algae off the rocks and eggs out of the sand. Who are we to call them ugly for it? 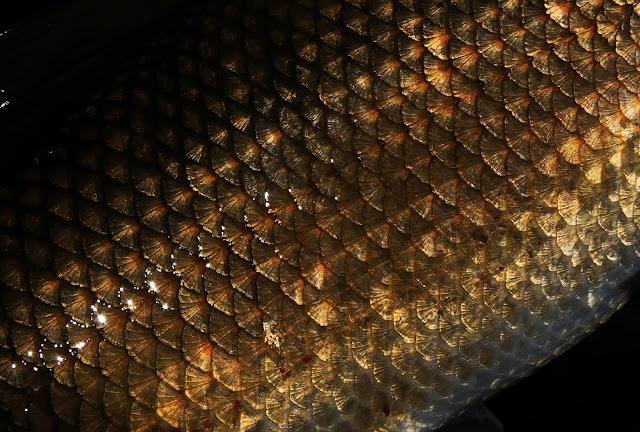 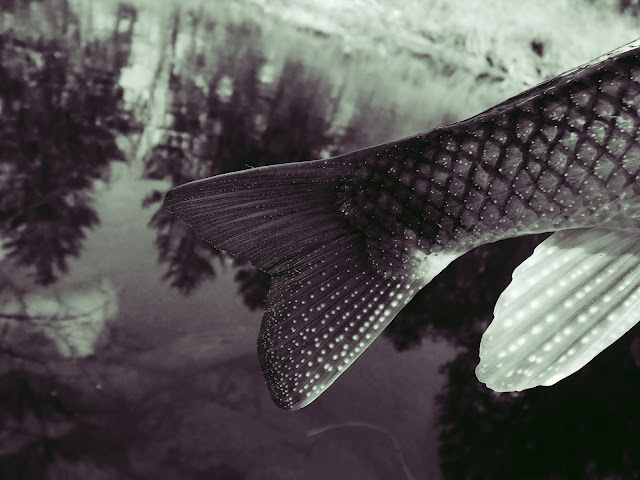 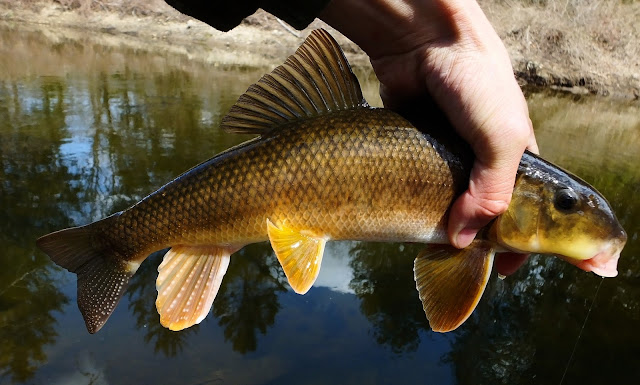 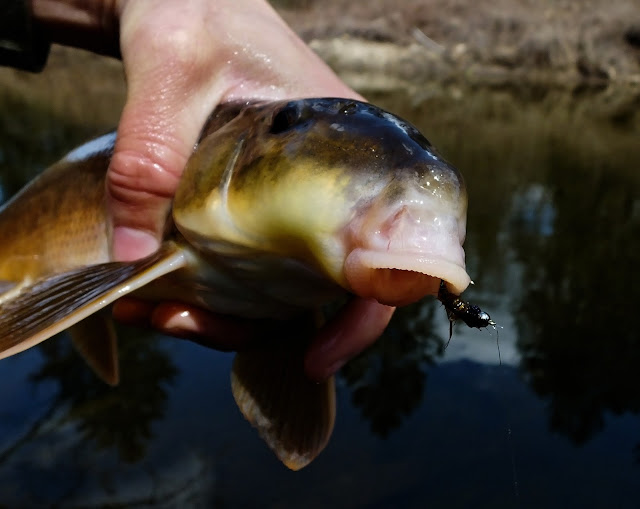 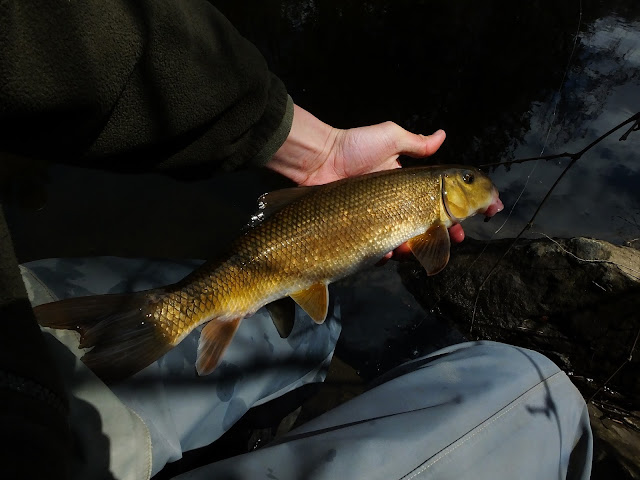 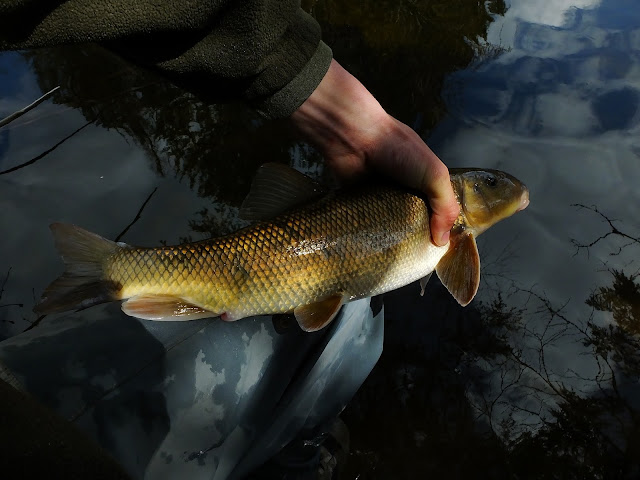 I hooked about a dozen of these sizable white sucker and landed half of them. Hopefully overnight they will continue their upstream push today the weather isn't as good for sight fishing, but the cloud cover will give the fish more reason to feed. So I'll be out there again, hoping to intercept one or two of the species converging on this piece of water. It's going to be an interesting couple of months. I hope you all enjoy coming along for the ride.
Posted by RM Lytle at 8:18 AM