The Only Brookie In the Lower Upper

I stayed close to home today. I finally got out to fish the local small streams that I've badly wanted to fish for the last month and a half, although the conditions were not especially good. The water was fairly high, not discolored, but high and colder than it had been on Saturday. The air temperatures weren't great. The insect activity was evidence, there had been tons of bug out late last week but today the hatch activity was very minimal. I fished the two brook trout streams closest to my house first, catching nothing in one and just one small fish in the other. 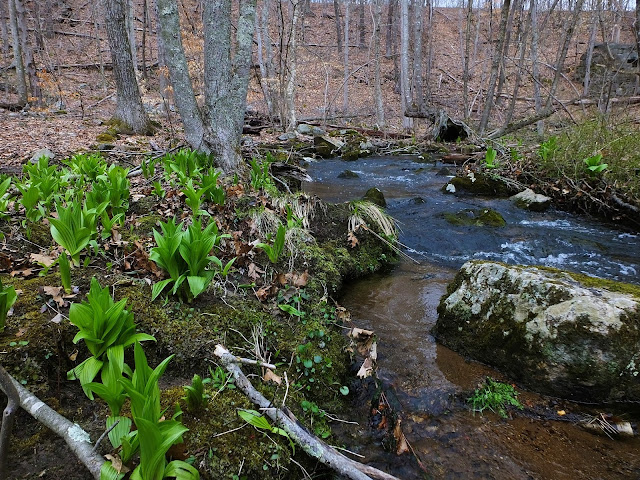 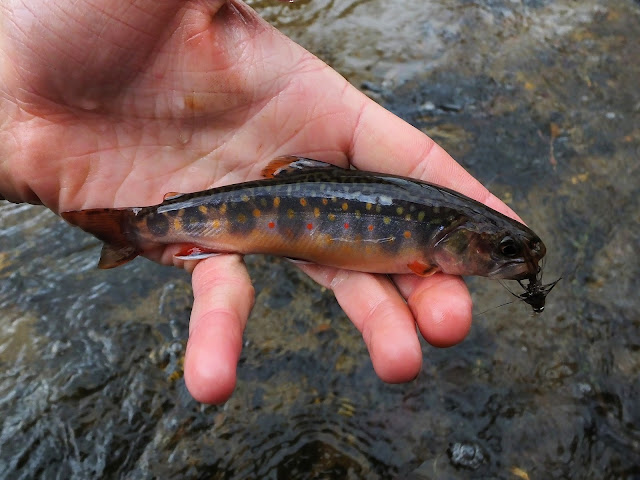 Then I just kind of wandered off in the direction that felt right. After a bit I realized there was one particular piece of water that was calling my name. Why I do not know, I don't fish there often for the simple reason that I have never seen fish there. It was strange that this short stretch of water that I call the "Lower Upper" was so attractive to me at this time but I went there to figure out why.

I call this place the Lower Upper because it is in the far upper reaches of the stream but is naturally disconnected from the headwaters in such a way that fish from the headwaters can come down, but they won't likely be able to go back up. It has distinctly different structure than the "Upper Upper" and a lot more water. The disconnect is clear enough that I've always felt this stretch of water, though it is well up the watershed, didn't fit in with the rest. It's the lowlands of the uplands, the slow bit after the fast high bit before the low high bit. It's the Lower Upper. And I've ever seen a brook trout there, unlike every other part of the stream. 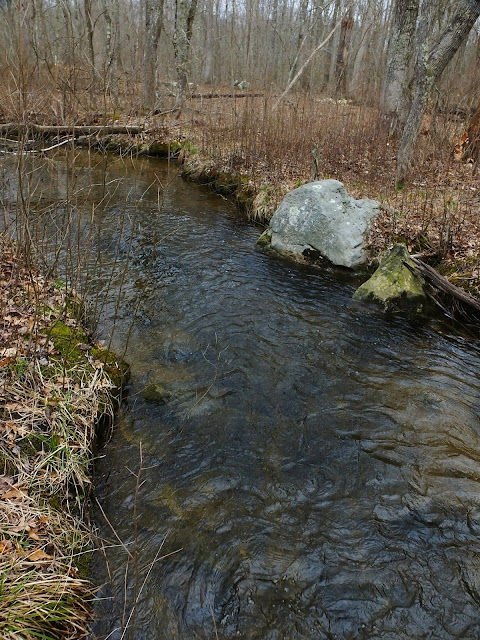 You never really know what will change in a few years though and it has been a few since the last time I put a cast in the water. And, as is often the case, I had a feeling that this stretch of deep water with very few fish, like many streams, may very well have the biggest fish. I thoroughly fished two runs without any signs of life. Looking up to watch a finch fly past something caught my eye in the slow pool just downstream from me. A rise? Or something falling in the water. There was no sound to suggest something fell in. But the rings were substantial enough to last for nearly a minute, rippling up and down the smooth pool. I changed to a cdc caddis and carefully waded into a position from which I could present the fly where I thought the riser, if that is what it was, would be. I made a dozen casts with no signs of life. Just when I was completely convinced it must have been something falling into the stream after all, a dark hole opened up around my fly. The fish turned down and I lifted the rod. As soon as I saw it roll I knew it was an exceptional brook trout, not only for being the only fish I'd ever seen in this stretch of stream in 7 years but for being an enormous and ancient fish. After a battle in which my rod maneuvering skills were put to the test in every way this fish new how, I held probably what is without a doubt one of the most spectacular brook trout I've caught. He was big, especially big for this area. As I watched it swim away it's size contrasted the environment it had grown in. It looked too big. 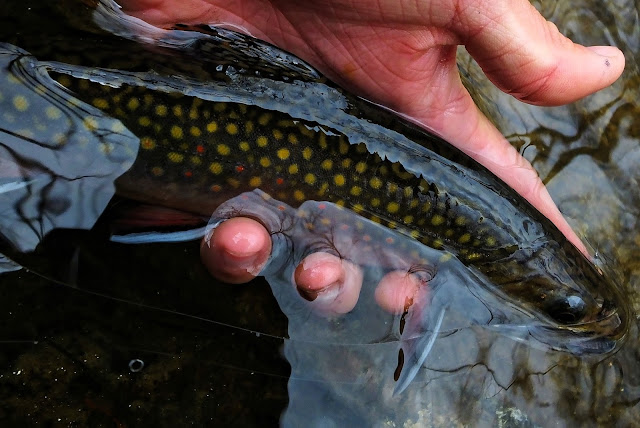 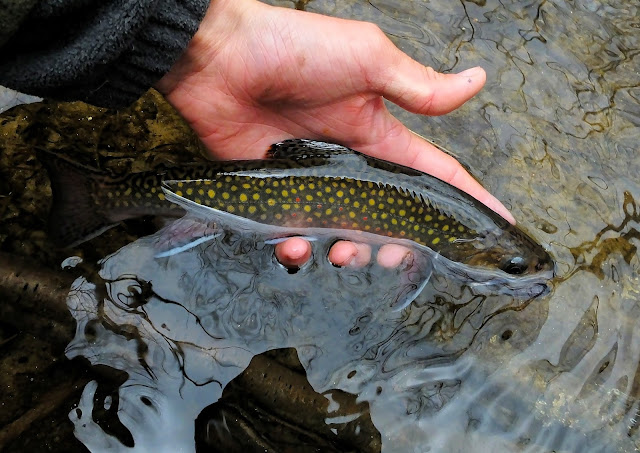 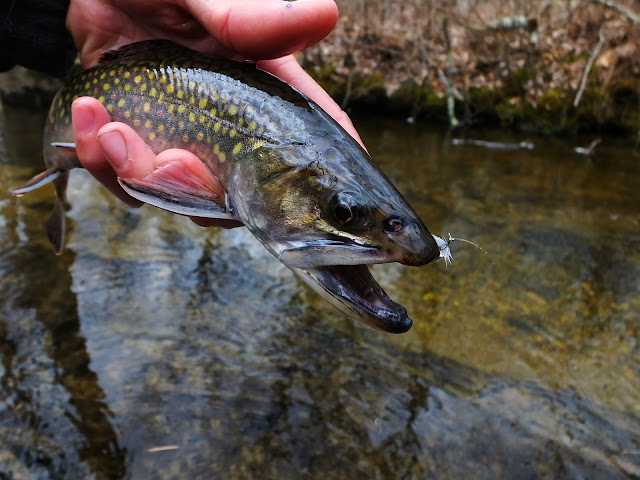 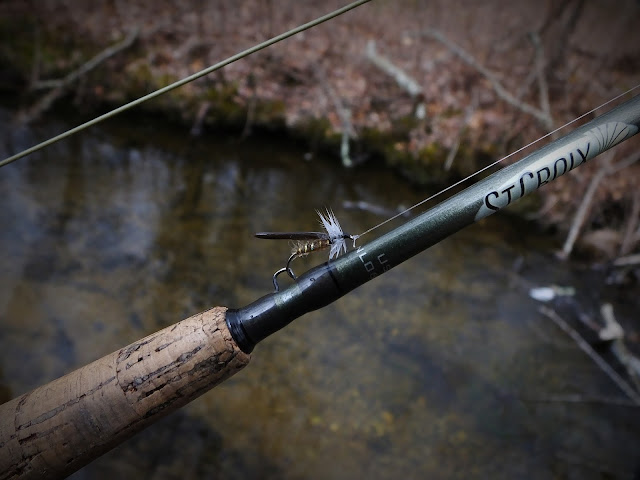 Maybe I won't fish there again for a while. I'm not sure it'll be calling my name again anytime soon. It called, I came, I caught one fish, I left surprised. I caught the only brookie in the Lower Upper.