The wilds hammered dry flies today on a nice little stream. I also fished the Salmon river and an absolutely tiny little creek. 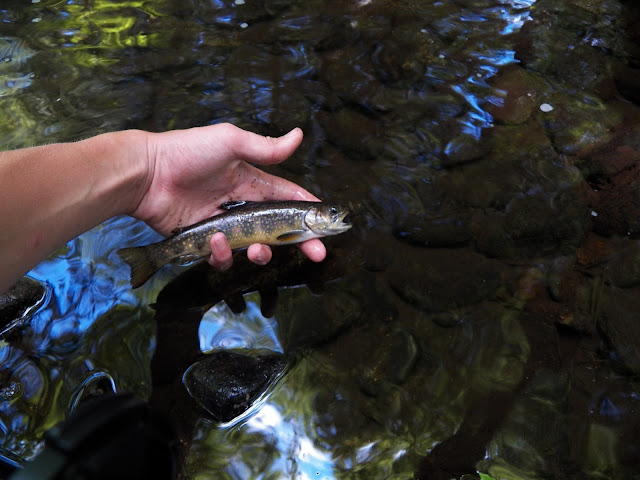 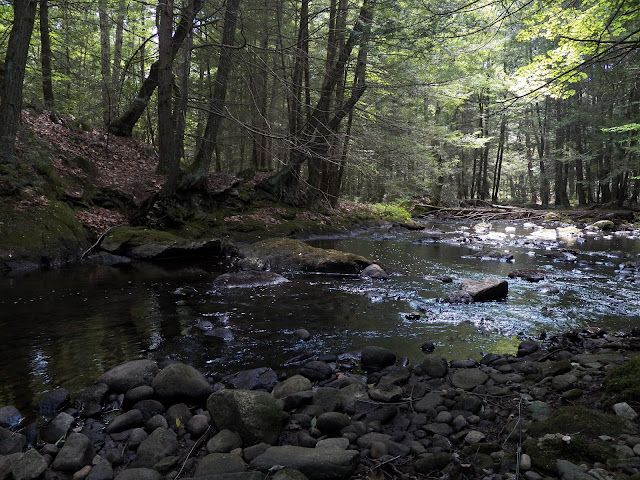 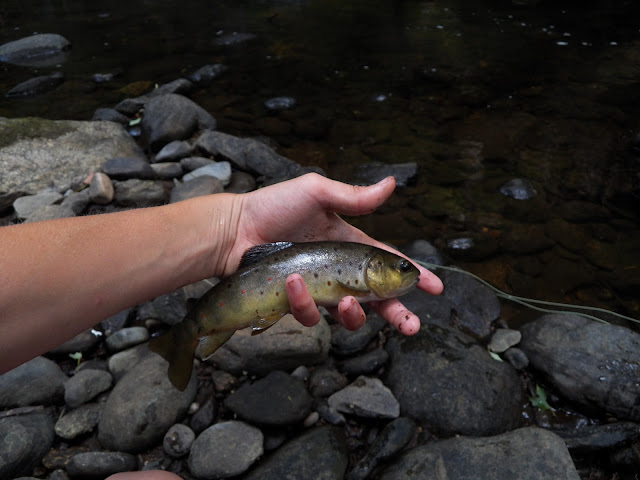 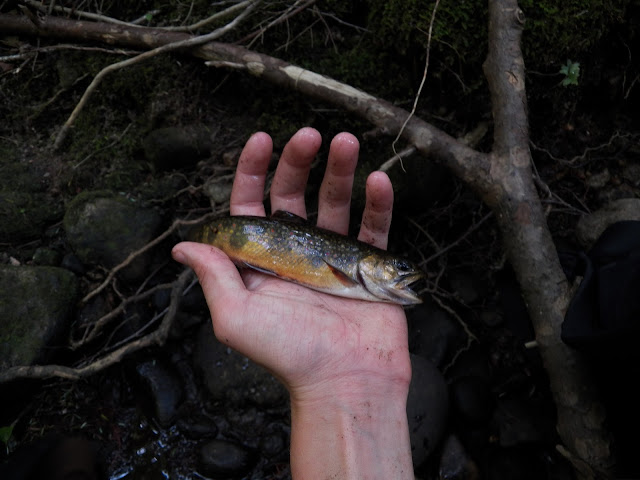 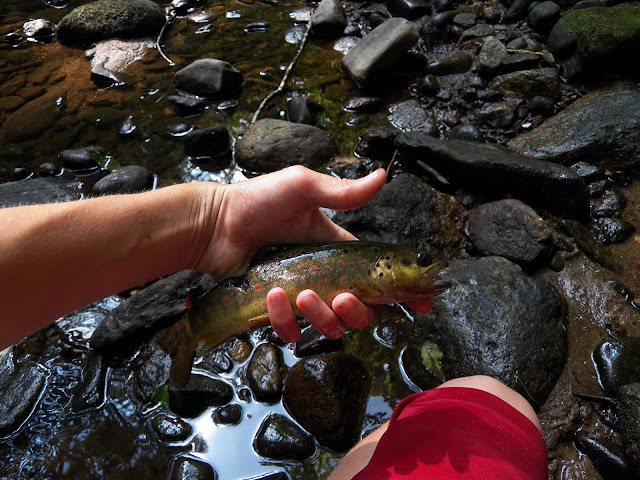 Yesterday a friend and I hit the salt water. We tried to find schoolie stripers that were catch-able on the fly. The only fish that either of us caught was this bizarre looking sea robin. 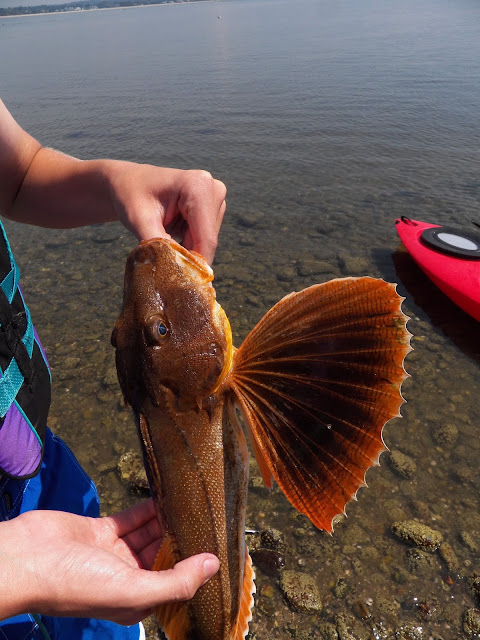 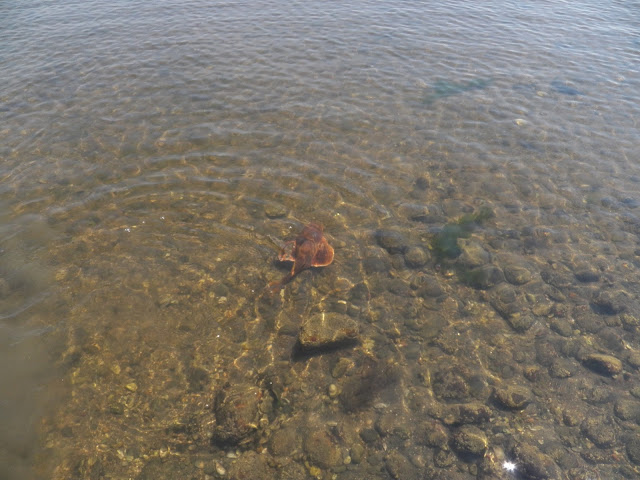 This Post is a bit late, but I recently headed up to fish Connecticut's most famous river for the late June sulfur hatch. Unfortunately the biggest show was a march brown hatch in the late evening, but the fishing was still good. On the first day I fished from the Ovation to the  Church Pool, and fished upstream from there the next day. On the first day, I caught a nice brown on a streamer and then had good success in the Church Pool with caddis pupa, emerger, and dry flies. Several big fish were brought to hand, but none of those giants people talk about. 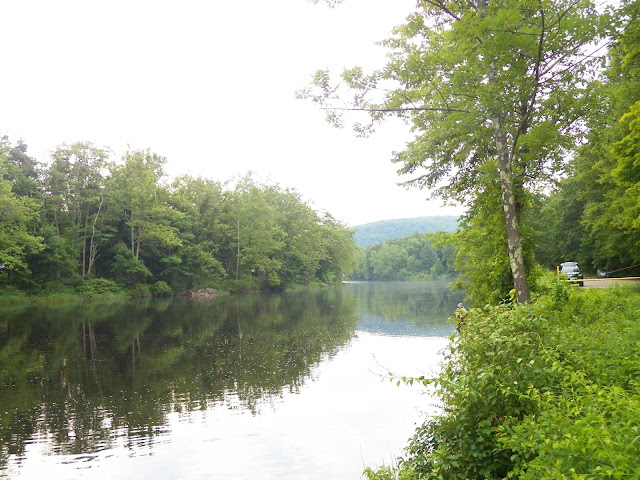 The extremely non-descript flats of the church pool. 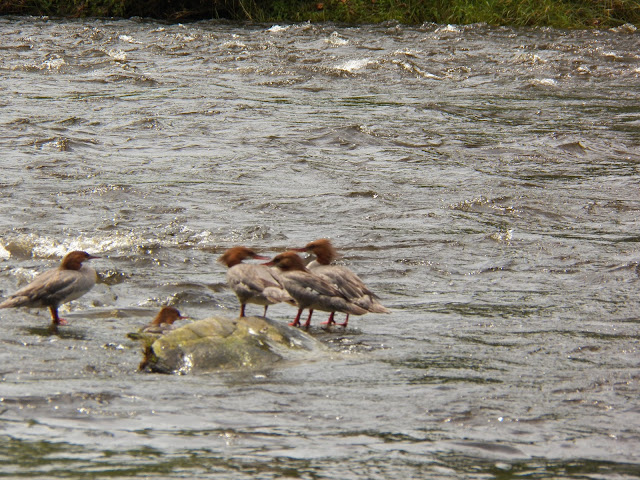 Feathered friends near the ovation pool. 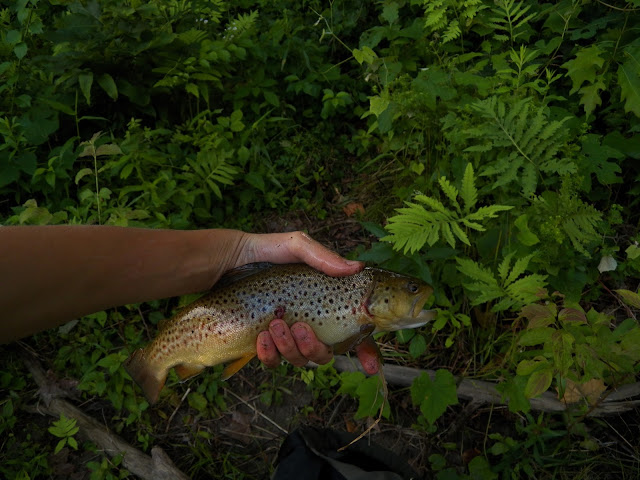 This beefy brown was a sucker for a small streamer allowed to hang in the current of Greenwoods. 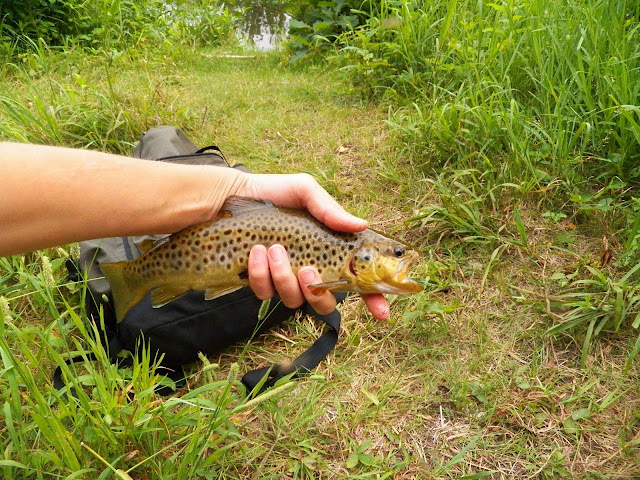 A gorgeous brown took a caddis pupa swung just under the surface of the church pool.

On the second day I hit the water early in hopes of a morning rise, and was in luck. The first pool gave up several fish, some on very small flies such as a size 22 Adams. 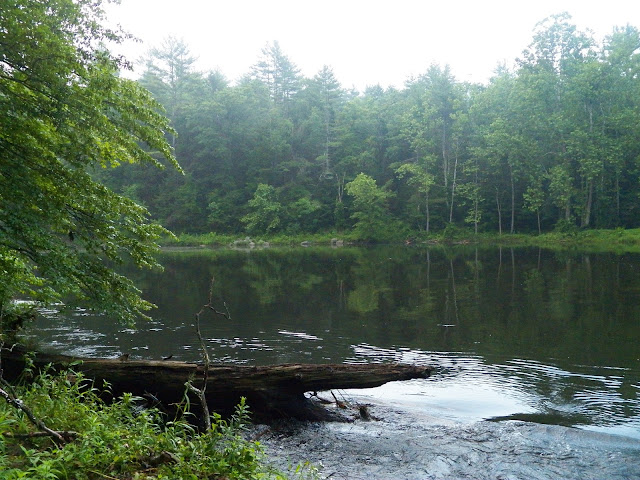 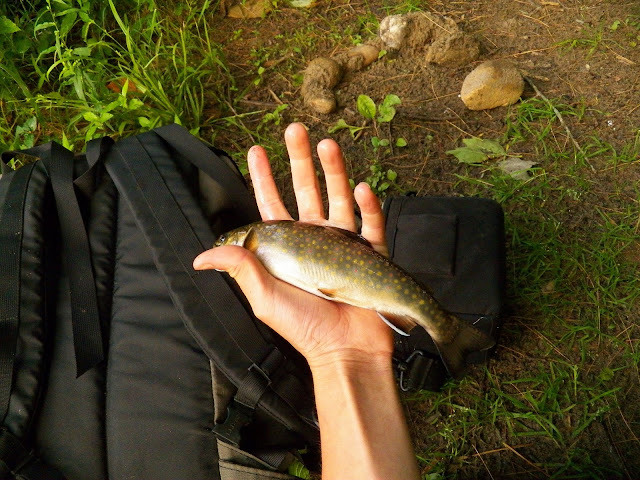 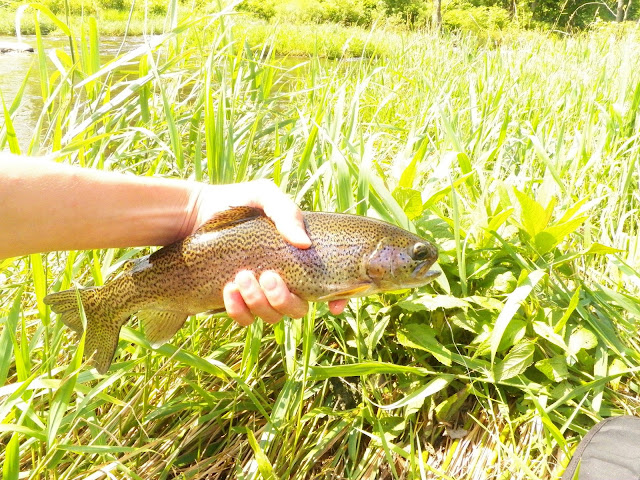 One of my favorite pools was the Bone Yard, so I returned down stream and caught several nice fish including this nice rainbow as they rose to what looked like little blue duns.

Even though I didn't hook into the elusive 20in brown, it was still pleasing to return home with several nice experiences and some really bad chafing on my legs and about a million mosquito bites! Builds character.
Posted by RM Lytle at 9:21 PM No comments:

Once again I had luck throwing the yellow humpy into a nice little freestone in the woods. 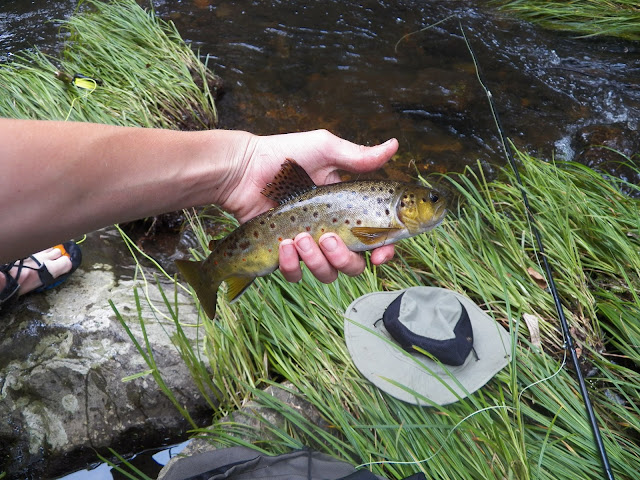 Beautiful dorsal fin on this little wild brown. I caught him out of a hole that I never had any luck in but always try because it just looks perfect. Today it finally delivered the goods. 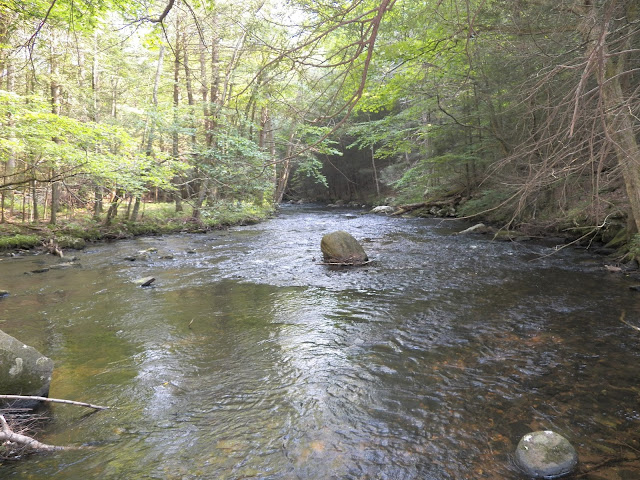 A very pretty stretch of water.
Posted by RM Lytle at 8:55 PM No comments: