34 Inches of Atlantic Salmon on a Caddis

A month ago I spotted what I thought was a huge brown trout. Today my father and I set out to catch it. Of course, we expected the fish to be a meat eater, and in today's previous post I wrote about the mice and streamers that  I hoped would find the fishes fancy.

We got on the water around 4:30, and it was not deserted. There were a few other anglers. The fall stocking had occurred and a caddis hatch lead to plenty of risers. Using dries I caught two smaller browns. One had gotten some line caught in it's gills somehow, and I managed to free him. Hopefully he will now hold over the winter. 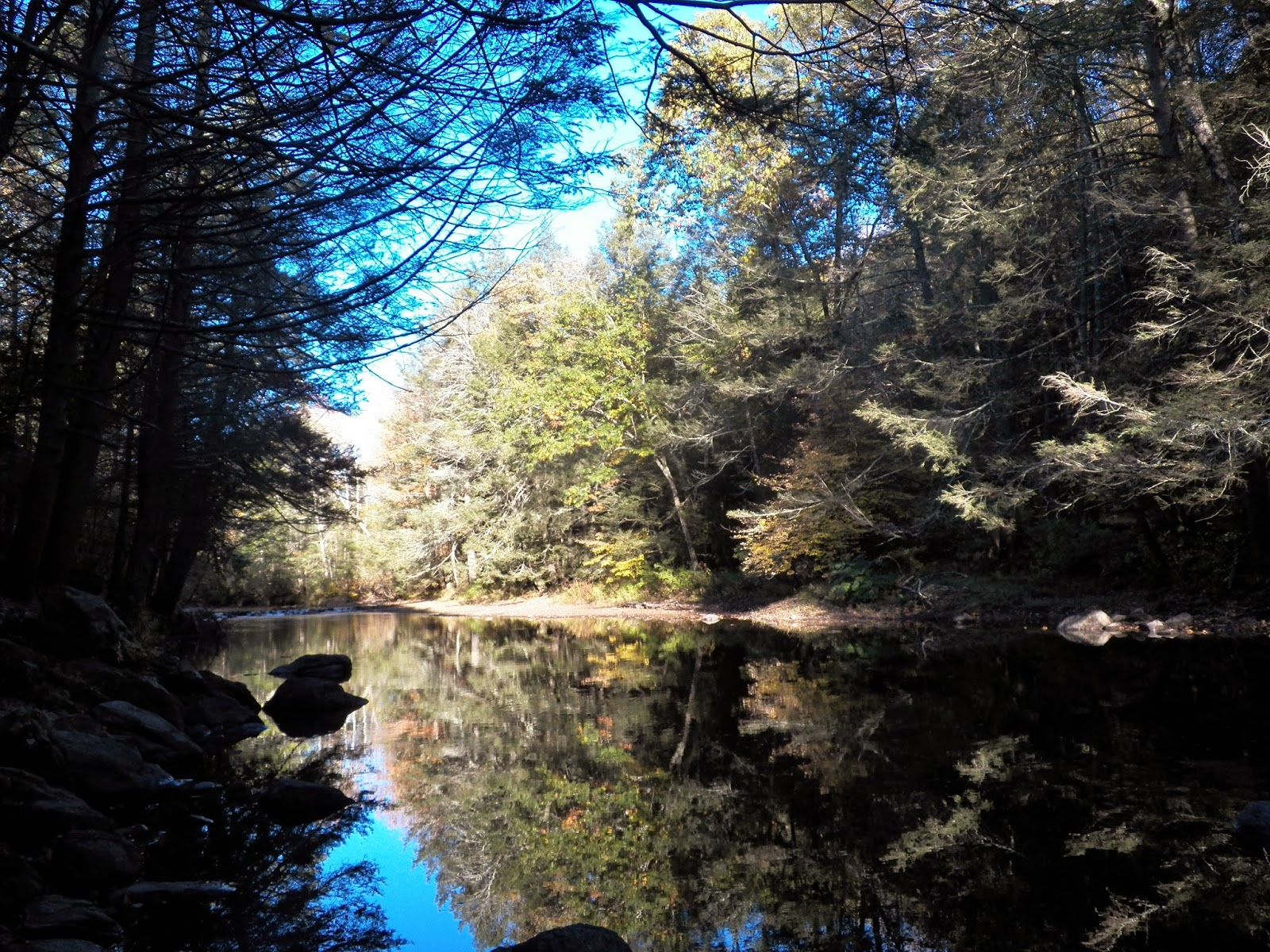 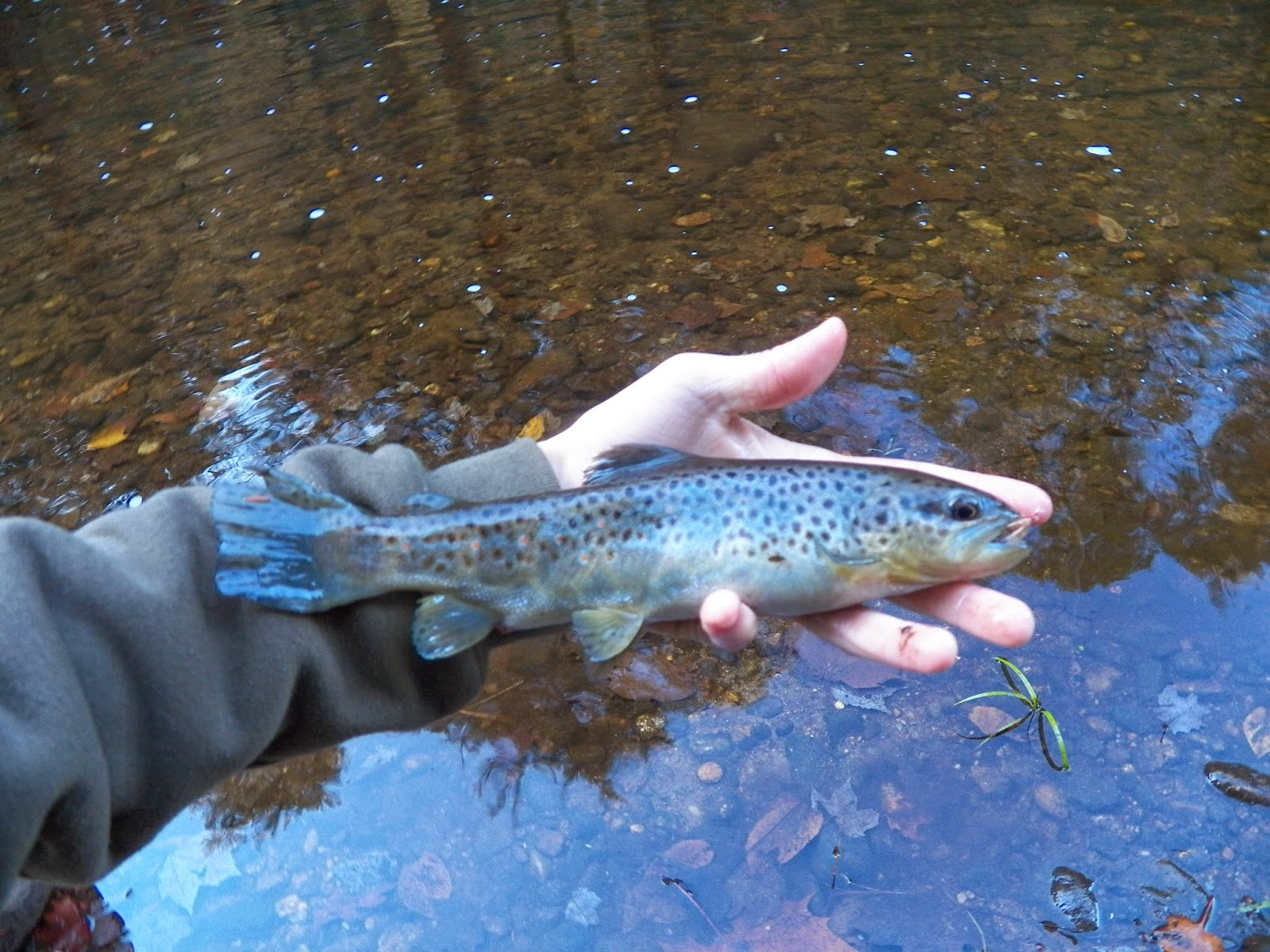 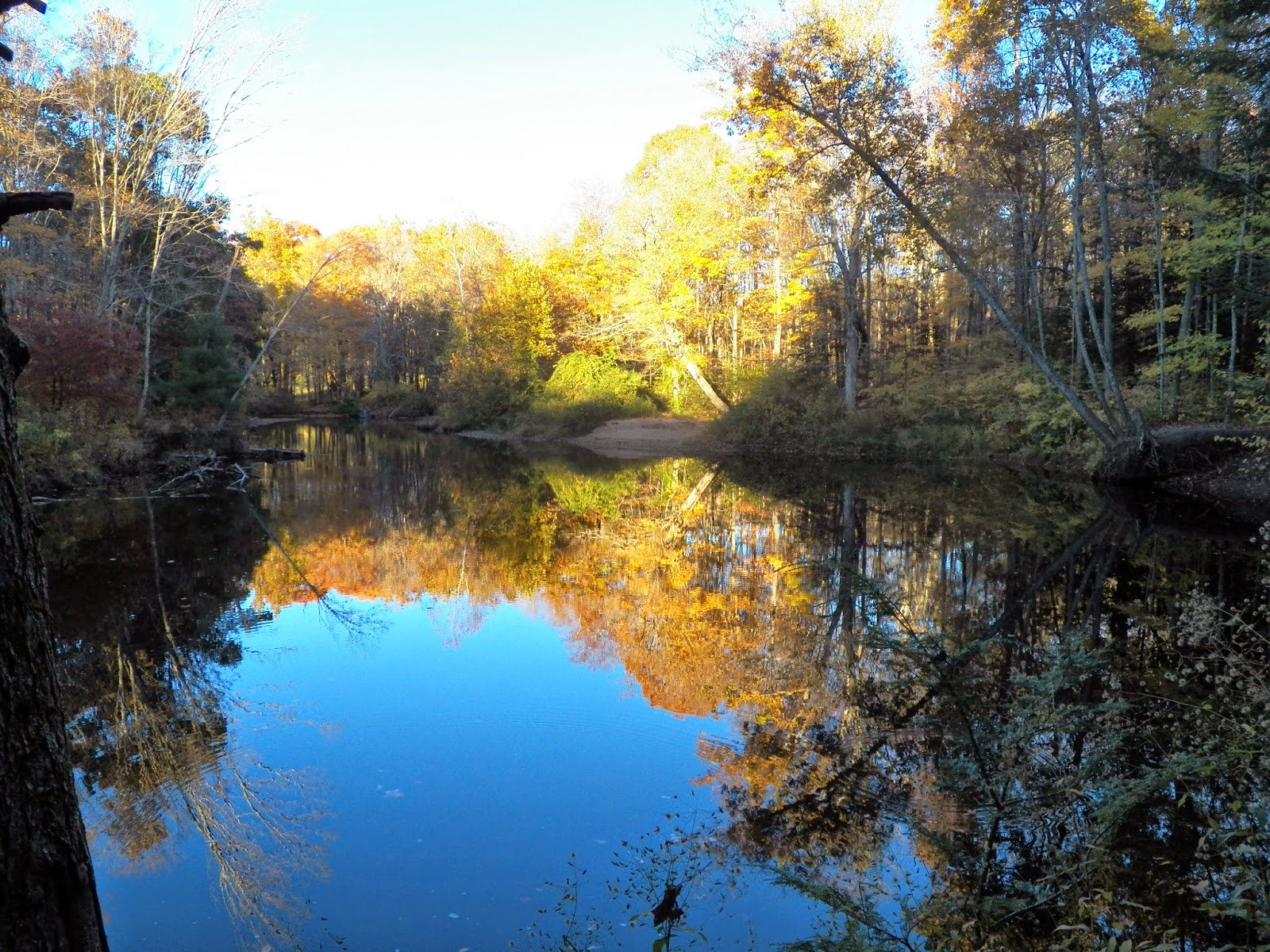 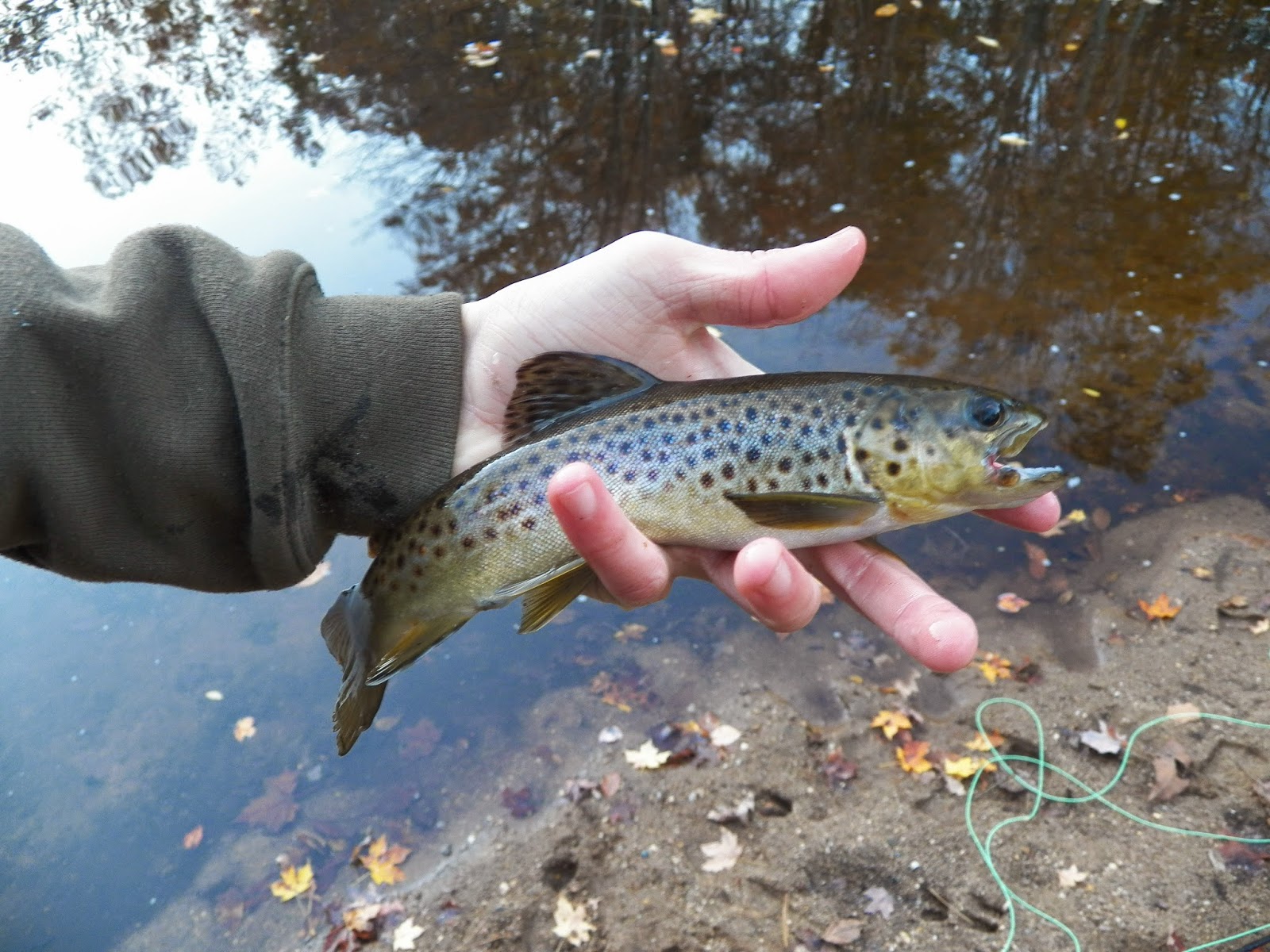 Then, just as I was about to make the switch to big stuff, my size 14 Sedgehammer disappeared into a dimple. I set the hook. It felt good, but not really that big. Therefore I was quite surprised when it jumped. This was no freshly stocked breeder, certainly not the plain old brown I thought it was.

This fish made a sound so hard to describe when it came back down. Imagine a small child doing a cliff dive. The monster then repeated the jump three more times, somersaulting and flopping over. My father and I both were quite surprised and excited. This was as big a salmonid as either of us had ever come into contact with. No, it bigger then that. And it had just eaten a DRY FLY.

The fish did a lot of runs. It shook it's head powerfully. In general, it wanted to avoid all contact with us. I am so so utterly thankful it didn't run into the logs on the opposite bank. That would have been game over. As it was, the fight went past sundown. Every time my father tried to tail the fish it did another run. But it's circles were getting tighter and tighter, and finally I got to touch this beautiful beast. It was stupidly big, and stupendously strong. The tail on him was enormous and pristine. The deep red marbling and huge black spots were stunning.
I'm just so glad my fly happened to look appetizing to a salmon. 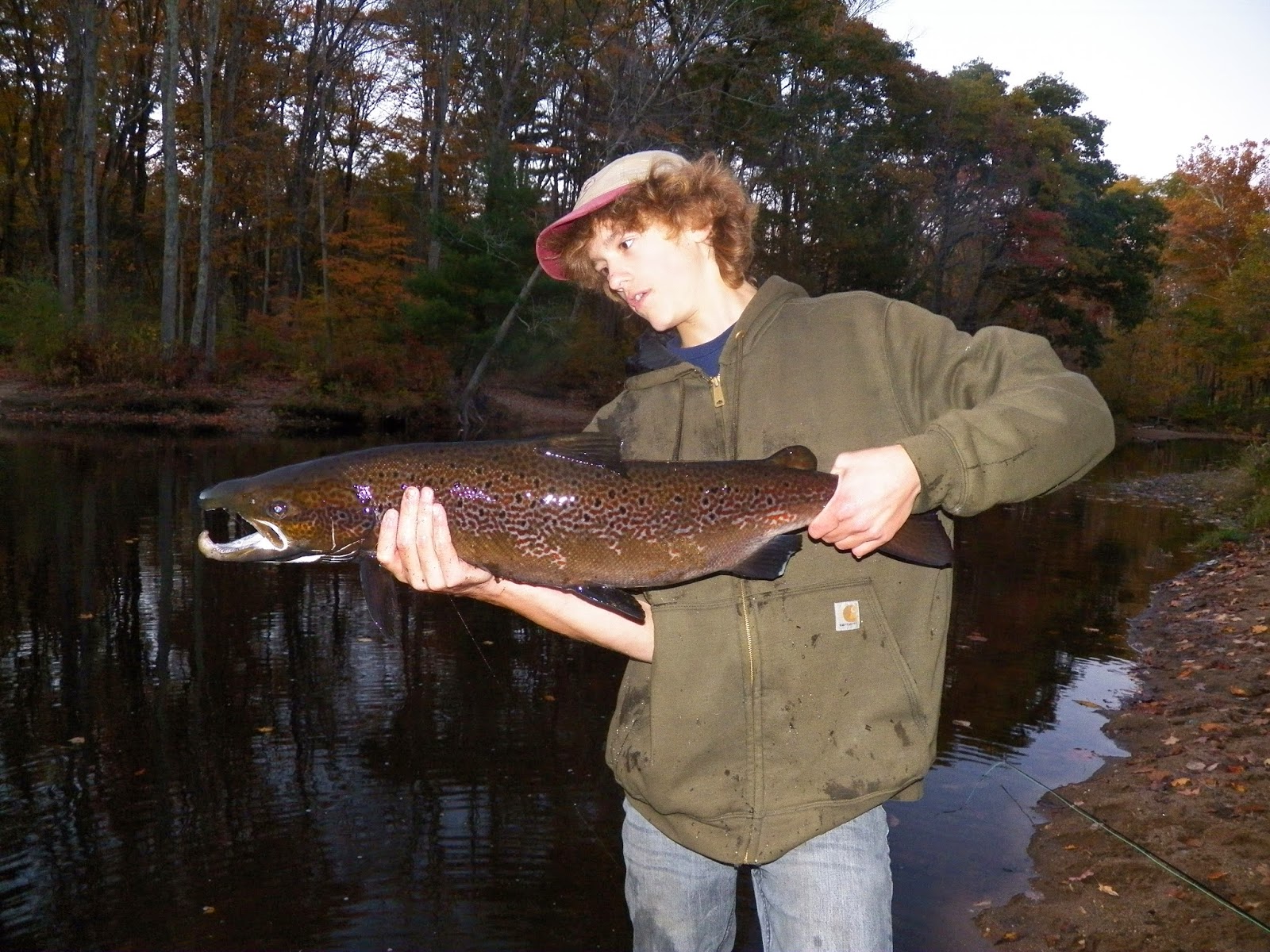 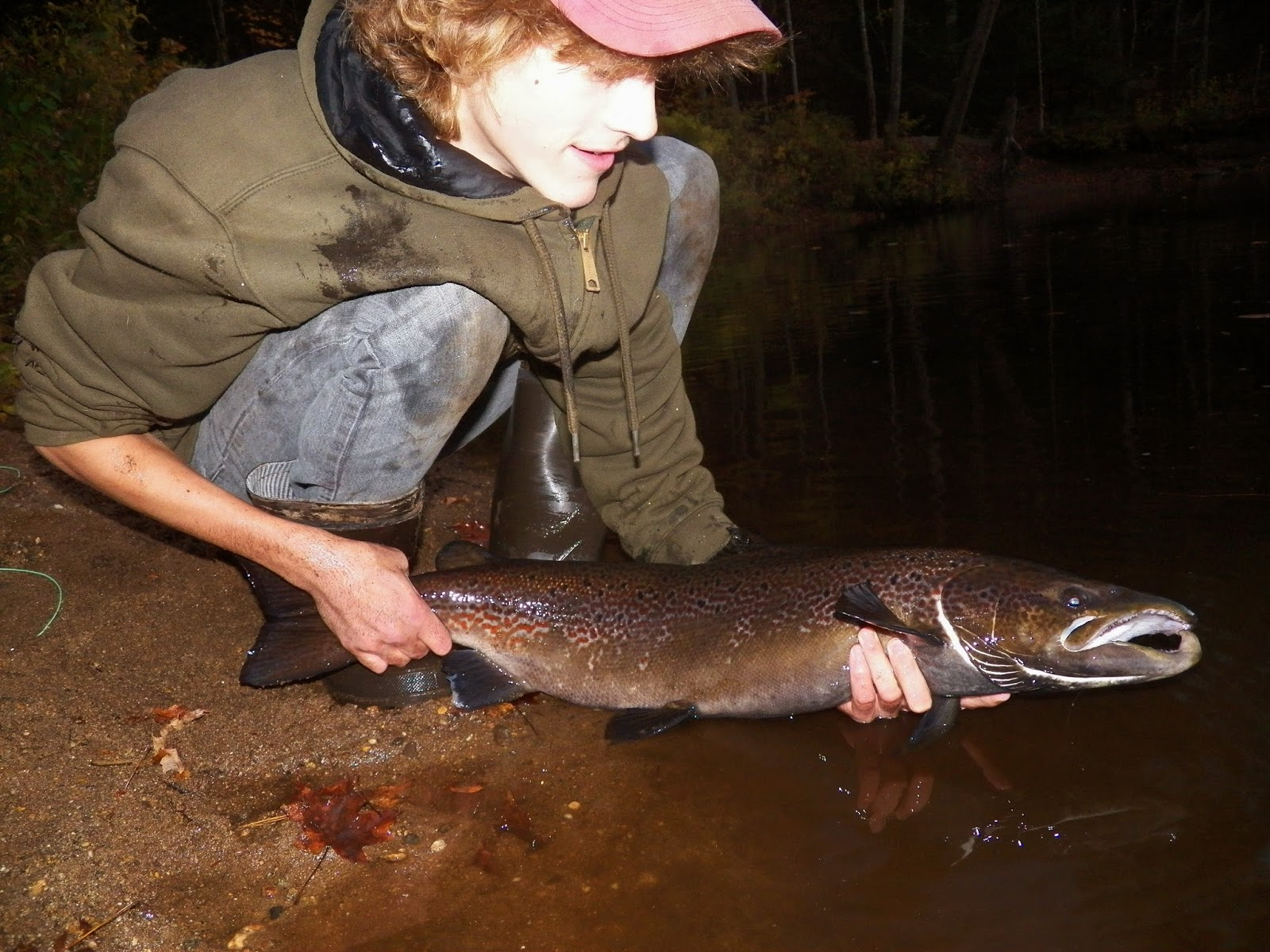 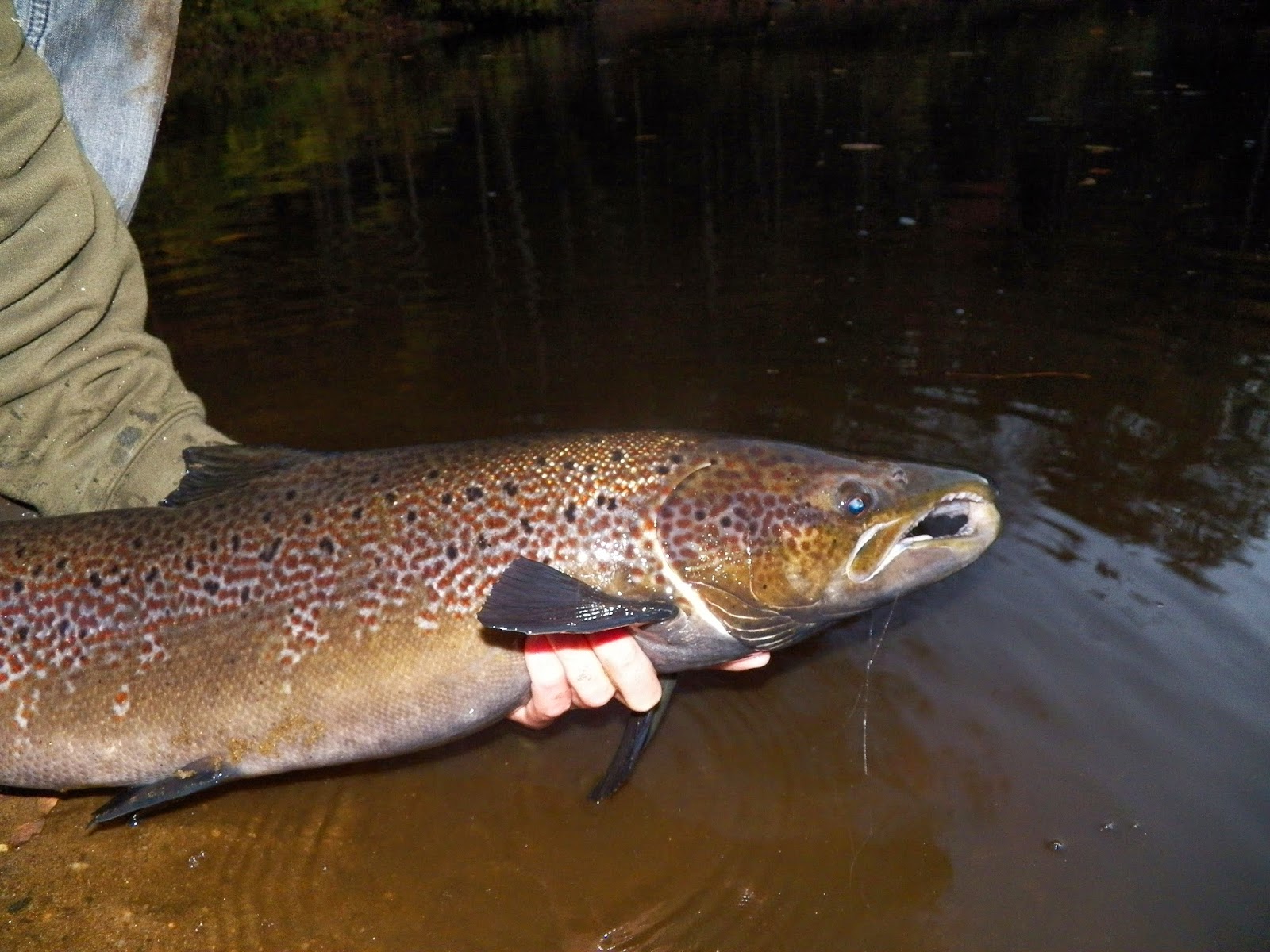 On the car ride home we discussed the event and the circumstances. I had clearly gotten lucky. We both thought the fish looked like a salmon. (we thought it was a big trout at the time.) I suspected that I may have to tie my streamers on stronger hooks. We were both very happy.

What the hell are the chances of that happening again?!?!
Posted by RM Lytle at 4:48 PM