Hooking a GIANT Stingray from a Paddleboard

When I was very little my parents took me to the Baltimore aquarium. Being a frog and snake catcher since I had the reflexes to be able to do it, I was most interested in seeing their herpetology exhibits, which were indeed memorable. But something that has stuck with me more so was my first understanding of just how big stingrays can get. The Baltimore aquarium had this pig deep ray pool with a sand bottom and concrete walkways around it. Some of the rays, both manta rays and various stingray species, were huge. At least to a little kid, they seemed huge. They were startling animals. Even with out the stinger there is something unsettling about a huge, round, flat, whip-tailed fish. They are just creepy.

Which is why I just about bronzed my boxers on Monday afternoon when, while peering through the glare on a deep flat, looking for sea robins, I spotted a massive stingray. Neither Noah nor I knew it at the time, but it was the largest species of whiptail stingray: a roughtail stingray, Dasyatis centroura. 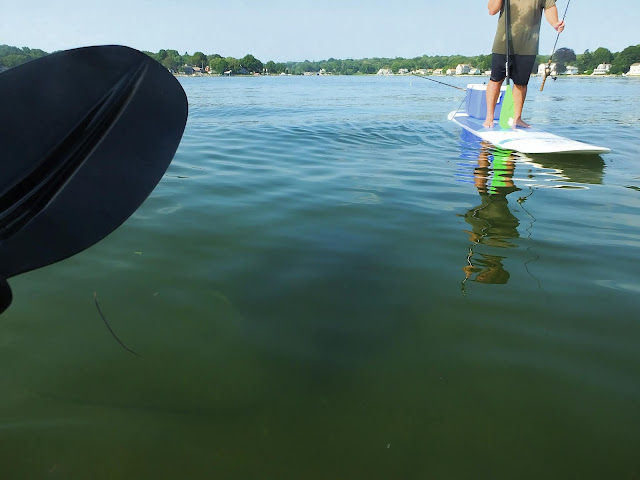 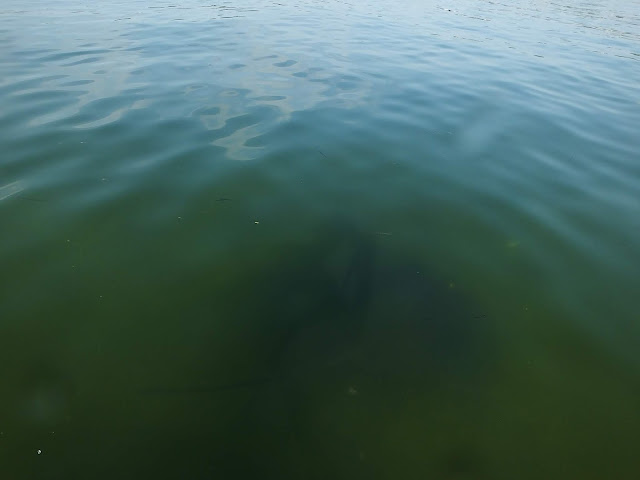 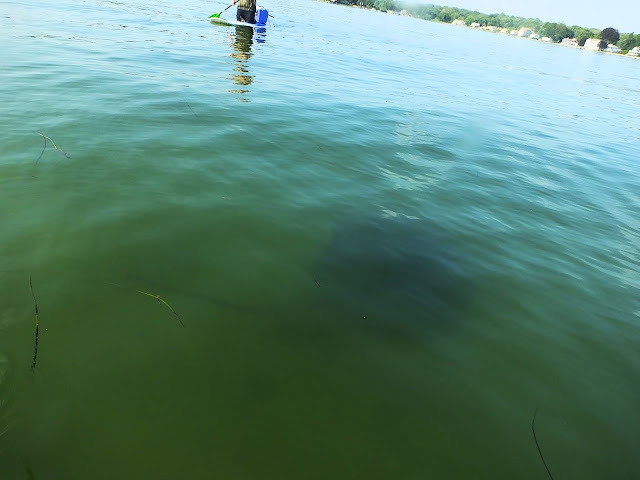 So... Now what? Well, we weren't out there to just paddle around and see the sights and soak up some sun. We fish to catch fish. So, naturally, we had to at least try to get a hook in this thing. And Noah did, with a very light rod, 20lb braid, a 30lb mono leader, and a white bucktail. We were in for a battle that was almost certainly going to result in pain and frustration. 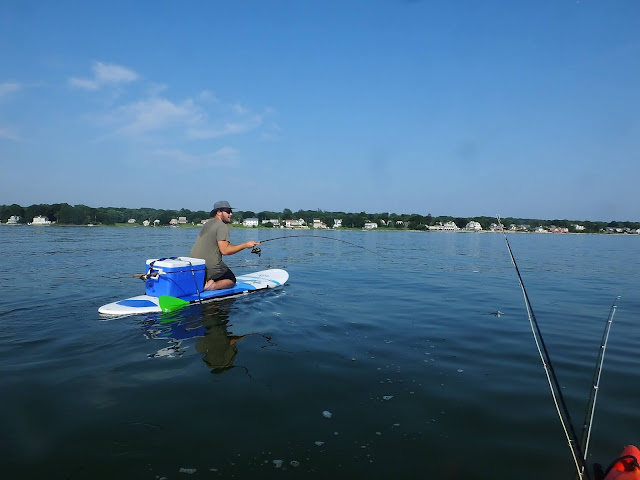 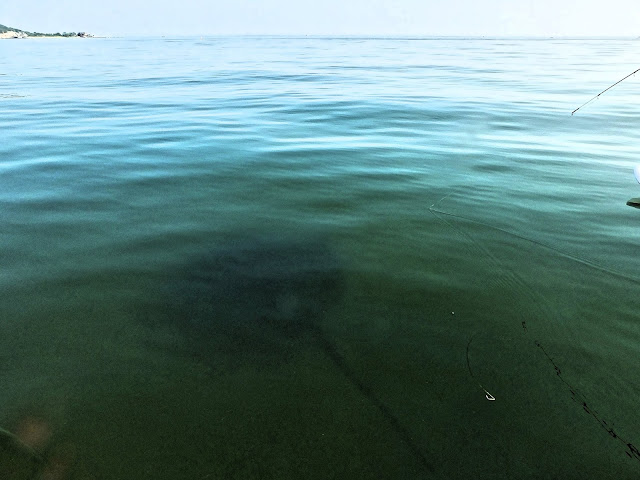 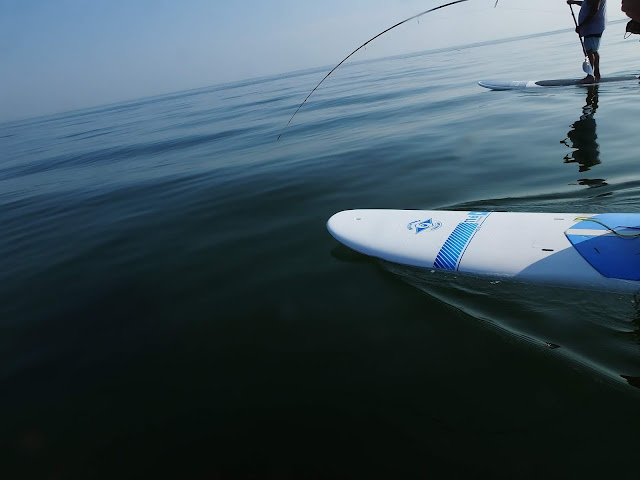 The ray made for deeper water. It took a little while for it to get deep enough that we couldn't see it. That it was going deeper and deeper was not at all unexpected. But it did assure that there was essentially no chance of doing anything that could be called "catching" with this massive fish. Another paddleboarder joined us along for the ride as the 110+pound stingray took us on a very slow 3/4 mile run. It was a long and exhausting battle for Noah, one with no net-gain at all.

There came a point of no return, and we had to end things. Noah pointed the rod at the fish and broke it off. We didn't land a leviathan stingray that afternoon. Not even close. But we left with a hell of a story. 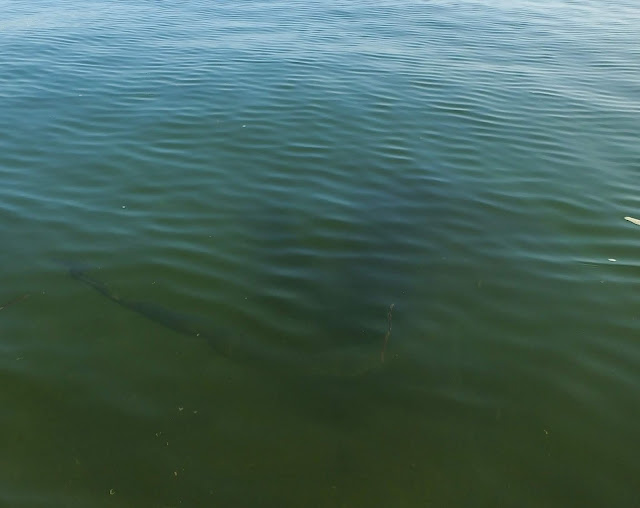