Invasion of the Knobfin Sculpins

An alien has invaded CT's Pomperaug River and its tributaries. This creature lives in the holes and crevices of the bottom, eating native fish's eggs and young, devouring macro-invertebrates, and breeding like rabbits. This creature is called the knobfin sculpin, Cottus immaculatus; and it hails from the Ozark Mountains of Southern Missouri and Northern Arkansas. Small though it may be, the knobfin sculpin has wrecked havoc where it was introduced accidentally. The native minnow and salmonid numbers in the Pomperaug watershed have crashed, and the is indication that insects have been impacted as well.

Not long ago, Garth and I went to the Pomperaug with a dual mission: first, catch out lifer knobfin sculpins on hook and line. Then, observe the situation in that river and its tributaries and determine if the sculpins have in fact had a significant negative impact.

The first goal was extraordinarily easily accomplished. The sculpins were very abundant. Looking around larger rocks in the stream bed I could see holes with little cleared out patches of sand or pea gravel at their entrances. I knew right away what these were, as I've caught slimy sculpins and mottled sculpin already and have experiences their habits. These were sculpin "dens" and there were surely fish under these rocks. Indeed, jigging a nymph in front of these holes often resulted in a knobfin rushing out and taking the fly. Garth and I each had our lifers with relative ease.

Now, there are two ways to catch sculpins that live under rocks. The first, the polite method if you will, is what I just described. You knock on the door, gently wiggling your offering at the entrances of the sculpins' homes. The second method is a bit more rude. You can rip the roof right of their houses. If you are careful, you can lift in-stream rocks, revealing the sculpins underneath, and believe it or not they will still eat. I think that says something about just how ravenous they are. I should add, absolutely do not move rocks in CT streams that have slimy sculpins. They are a species of special concern in this state and such actions are highly detrimental. On the Pomperaug though? Have at it. De-housing invasives isn't exactly bad. 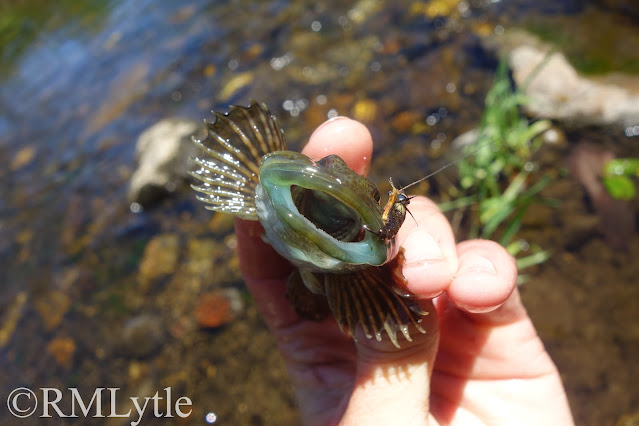 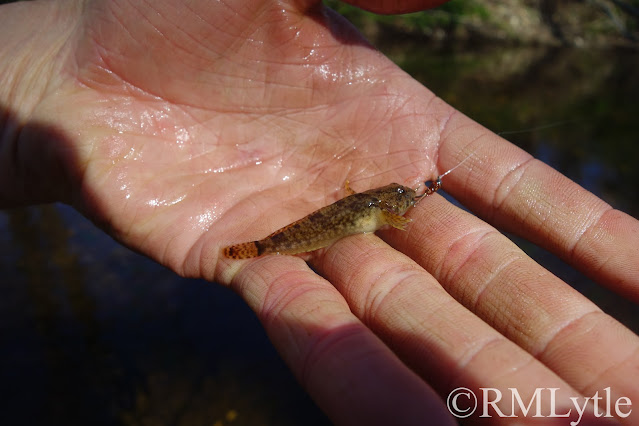 After catching a few knobfins I set about trying to see what else might be kicking around. Garth and I both saw a handful, and I really mean a handful, of blacknose dace and juvenile white suckers. And I mean very few. In a river the size of that which we were on these species should have occupied certain niches heavily, such as tailouts, eddies, and backwaters. We didn't see as many as we should have. The only trout present seemed to all be of hatchery origin, and subsequently don't portray a successful ecosystem. I only observed adult white suckers in one spot, and not many of them. Fallfish or creek chubs and their spawning mounds were absent. No other minnows, darters, or shiners were observed. Insect levels seemed low. 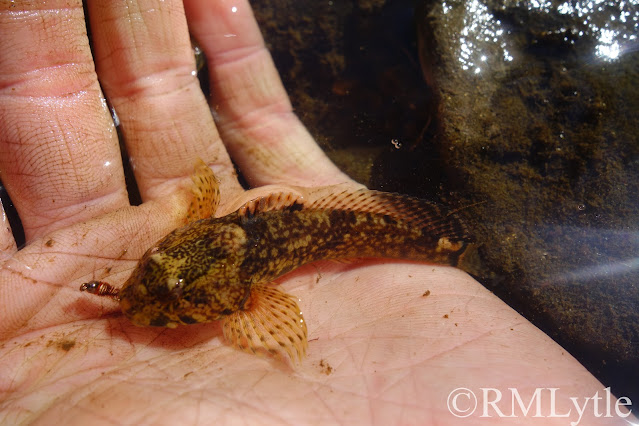 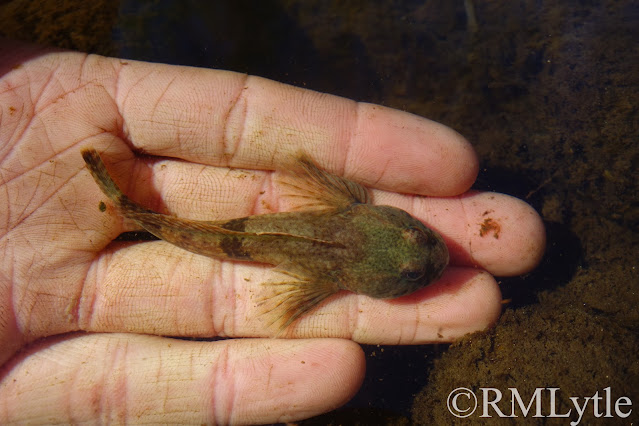 It truly does seem that the knobfins had invaded this habitat. They are the quintessential invasive. Thankfully, unlike some introduced species, nobody is so obsessed with fishing for them that they're inclined to advocate for their continued protection. There could be a problem, however, if someone thinks they'd make good bait and moves them elsewhere, releasing them when they're done for the day. No live bait should be moved from water to water. Live bait should not be released alive. Mottled sculpins need to stay where they are now and spread no further. If they are moved, the consequences could be shocking. The Pomperaug certainly is a different ecosystem now, and a much less healthy one. What exactly its future is remains unseen. With at least one listed insect, a seemingly extirpated brook trout population, and ever dwindling native fish biomass, it doesn't look good.
Thank you to my Patrons; Erin, David, John, Elizabeth, Brandon, Christopher, Shawn, Mike, Sara, Leo, C, Franky, Geof, Luke, Noah, Justin, Sean, Tom, Mark, and Jake for making Connecticut Fly Angler possible. If you want to support this blog, look for the Patreon link at the top of the right side-bar in web version.