From day's back it was clear that today was going to be a gorgeous February day. Warm, clear, not too windy. It would be a sin not to fish on such a day. Rik and I had talked about it a bit in the days leading up but the ideas did not include the Farmington until last night. I'm glad he brought it up, today was a great day to be up there.

When we got up to the Riverton and saw the parking at Hitchcock was completely empty we both uttered the same sentiment. This not so secret spot has been the best game in town for rising trout for weeks if not months and yet here it was, devoid of anglers. Our early leave time payed off, but when a well known local guide got in at the head of the pool started putting us to shame I can't say I didn't get just a tiny bit jealous! But with slight modifications to both of our rigs Rik and I were both soon into fish. 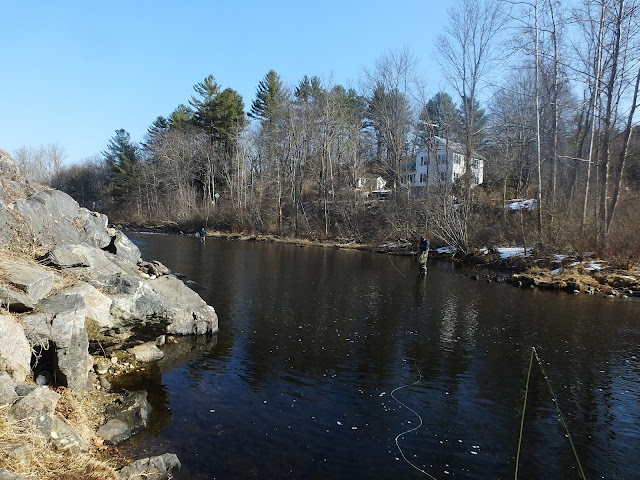 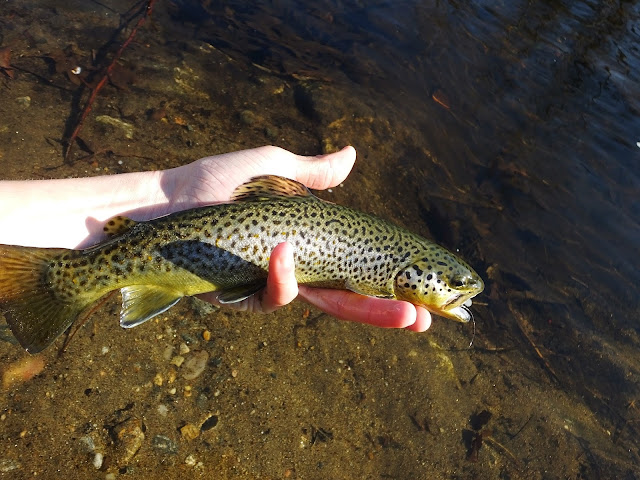 My first brownie took a size 18 perdigon fished like a wet fly. I could have kept going with my two fly lite rig but I didn't really feel like it since there were quite a lot of fish rising sporadically I decided to re-tie with a dry dropper. The dry was a size 12 Puterbaugh caddis. More of an indicator than anything else. The dropper was the same perdigon I'd had on before. Guess what fly got eaten first? The dry. After messing around with that rig for a while without any hookups and a few more takes on the dry I changed to a single fly, a size 10 yellow stimulator. Around that time a couple guys walked up on the bridge and were talking about what the fish were doing. They both repeated the same thing a bunch of times. "Yup. Eatin' something VERY small". The some-teen inch fat brown I caught a minute or two later would beg to differ. 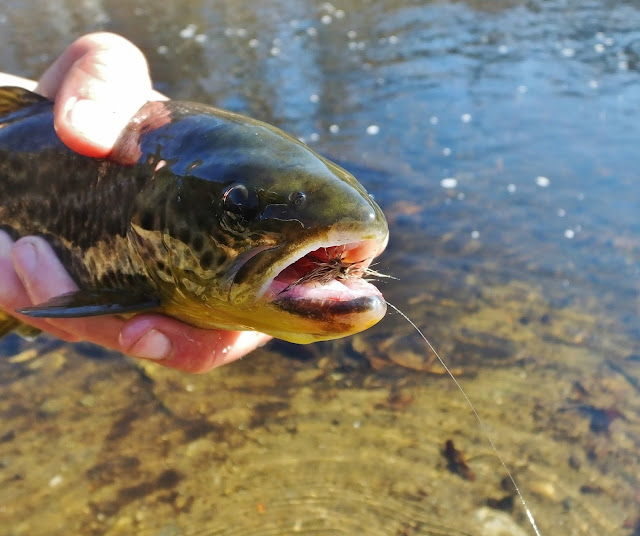 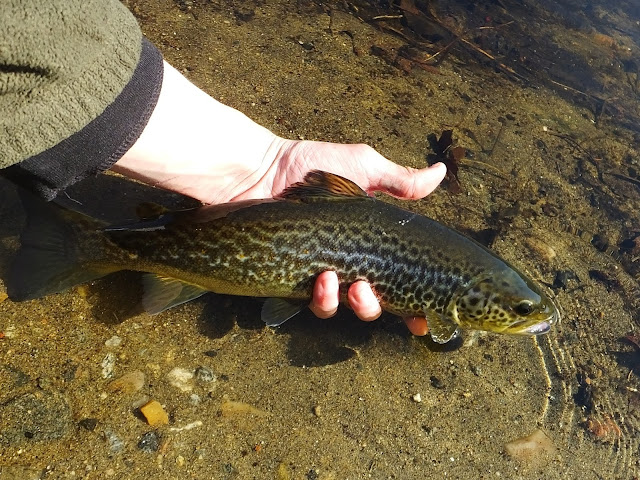 And that was not the end of the dry fly action, oh no. In a good stretch of flats there was a handful of fish rising on the far bank. I went to a more subdued fly, a black Sedgehammer Caddis, and with a good presentation another solid brown sucked it down. 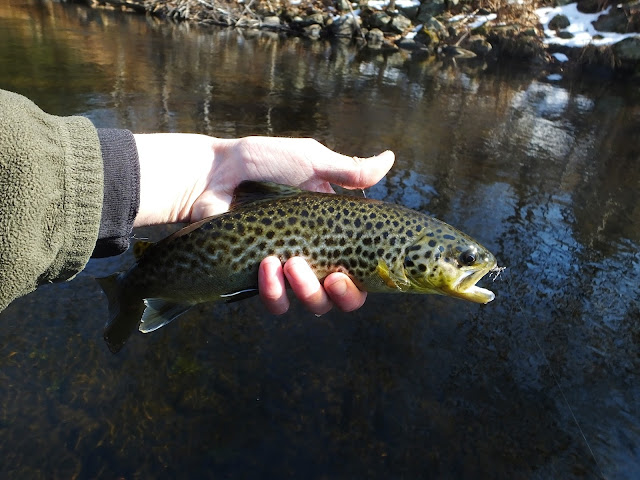 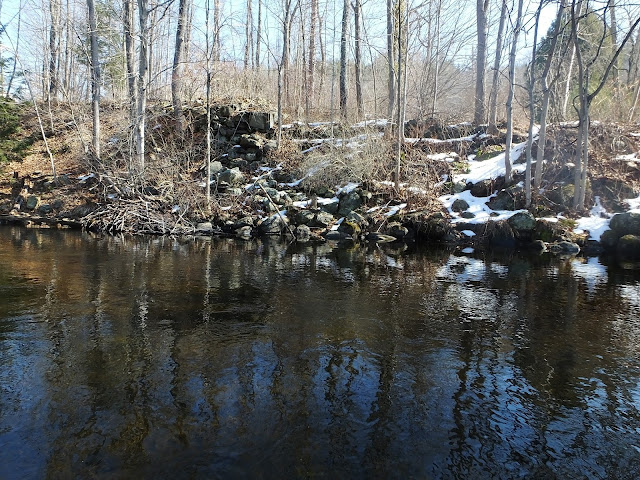 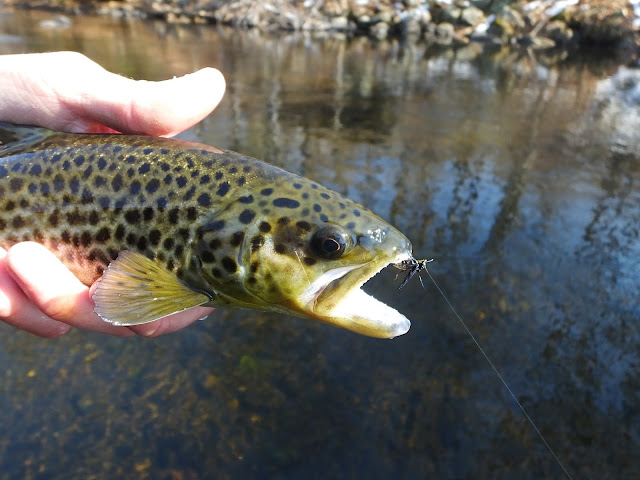 Next up was a nice healthy bow. It gave the glass rod a really good workout with several strong runs. It looked like a little steelehead, all bright and muscular. 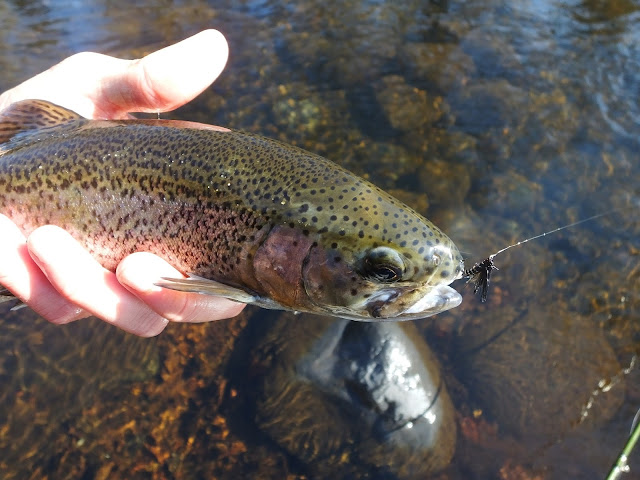 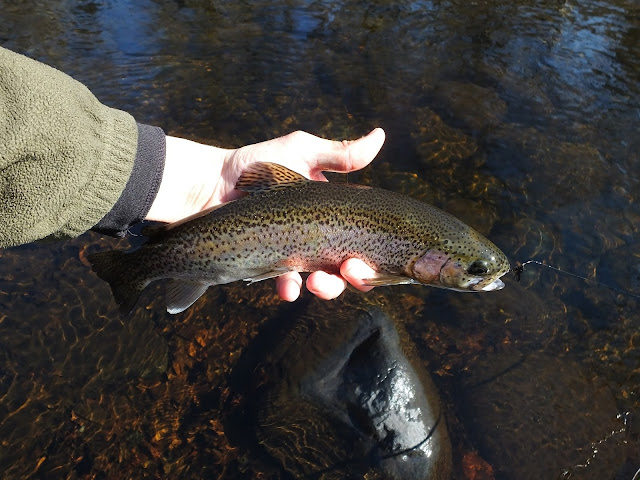 After that fun, we headed towards the stream that was originally in our plans. It's one I'd been meaning to fish for a while. Upon arriving I was immediately happy to see lots of clean water and some sizable brook trout in a slow pool. The Picket Finn, a Fran Betters pattern, took a couple beautiful brookies to end the outing. This short scouting to a new stream capped of a tremendously fun day of fishing. Big dries on the Farmington, nice brookies in a new stream. Is it really February? 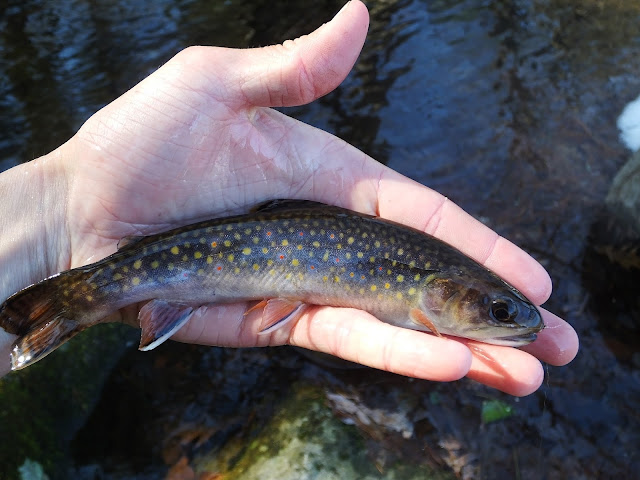 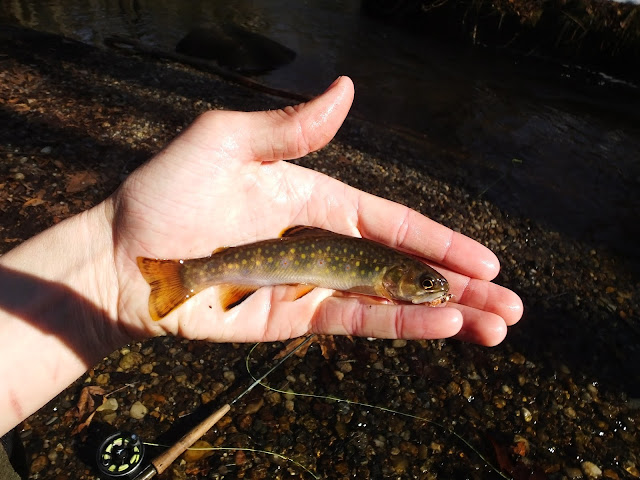 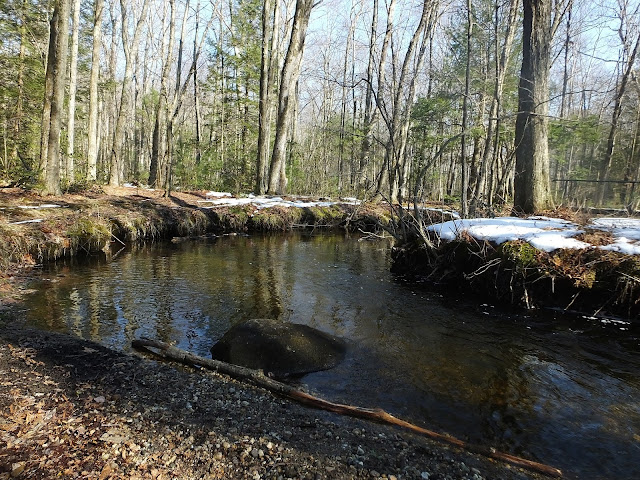 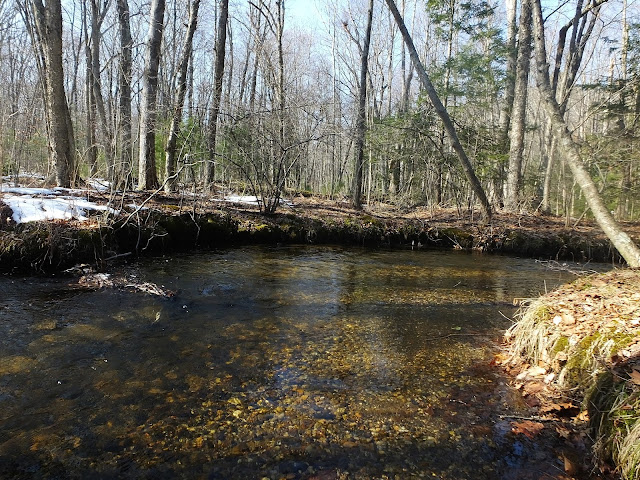