The herring run isn't a singular event, but rather a series of waves or pulses of fish entering the system. Moon phase, temperature, and rain events all impact the timing of each pulse. I've spent enough years to have a pretty good idea of when the big nights will be. That doesn't stop me from going when it isn't so likely to be hot and heavy as well, though. As evidenced by the 41" bass in the previous installment, "bad" nights aren't always bad. Good nights aren't always good either, and 2021 had its share of disappointing ones. Unlike the average fly fisher, I've little interest in catching numbers of small stripers at night, even ones up to 26". I'll save those for flats fishing, where they are infinitely more challenging. I decided to completely forego that this season, unlike years past when I'd downsize and fish small buoyant flies to get the small fish that were around when the herring weren't. That meant I got fewer fish, but most were north of 26".

On one night, all I got was this blueback. I get at least one each year that chases the fly, whacks at it thinking it's a gravid female, and gets itself hooked. 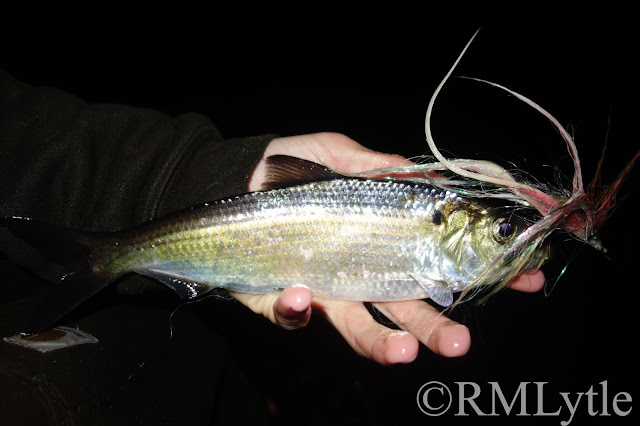 A string of slow and mediocre nights ended in early May, when the conditions set up for a proper big fish night. Everything seemed lined up, and when the first fish was a fat 36" I wasn't at all surprised. She hit hard and actually fought harder than the 41" full moon bass. Fish in that size range are perfect for 12 weight fly rods, it's a shame they aren't more numerous. 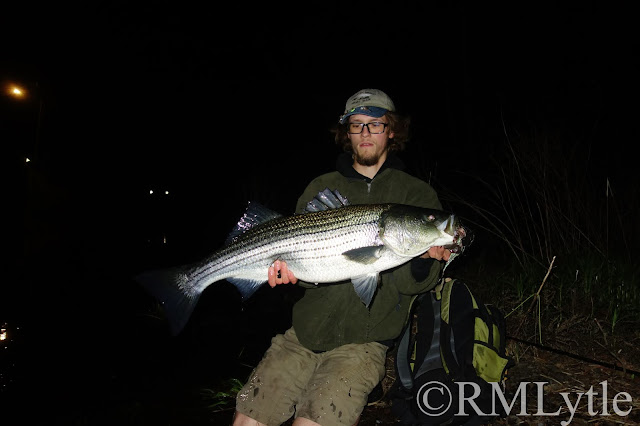 My pulse had been quickened the moment that fish hit, and it never slowed for the rest of the evening. I run on the same clock the fish do. We were out late. Several more fish between 28 and 32" came to hand, and some smaller. Unfortunately no legitimate cows were had, but it today's fishery I can't take nights like this one for granted. 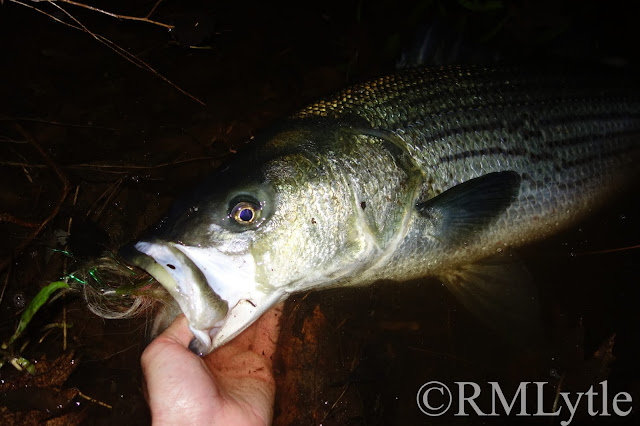 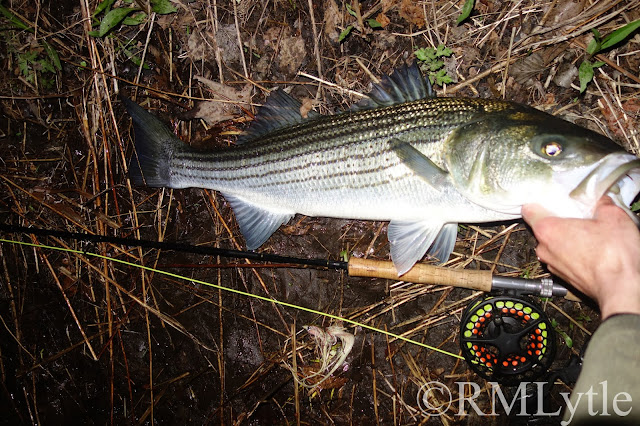 These fish are so beautiful, and the whole of the event is something I wait for the rest of the year to experience again. Those big, silvery baitfish entering small sometimes freestone rivers in huge numbers, the predators they draw (both avian and piscine), and the cacophonous roar of life, birth and death, eating and breeding... the river has a pulse. It is completely alive. I want to be there for every moment.

Fish for the love of fish.
Fish for the love of places fish live.
Fish for you.
And stay safe and healthy.
Thank you to my Patrons; Erin, David, John, Elizabeth, Brandon, Christopher, Shawn, Mike, Sara, Leo, C, Franky, Geof, Luke, and Noah for making Connecticut Fly Angler possible. If you want to support this blog, look for the Patreon link at the top of the right side-bar in web version.
Posted by RM Lytle at 5:55 AM