Trouting About in Vermont (Pt. 1)

Back in mid September, with some rains bringing rivers back to life and temperatures on the fall, the trout itch started to need scratching. With the Farmington still too low to be of particular interest in daylight, Garth and I set our sights further afield. The Rangeley region seemed like one decent choice, it had been a while since I'd tangled with large brook trout. Night fishing in the Catskills also didn't seem like a bad plan. We settled on an area between the two, and one I'd not spent as much time exploring. Though I'd fished Vermont many times, rarely ever have trout been the target. With input from Drew Price of Masterclass Angling, a lot of research trough USGS data, satellite imagery, and the limited available fishery data, I created a hit-list of rivers and specific spots within rivers. I packed up the 4Runner and picked up Garth after he got home from work one evening and we headed north.

The plan was simple: car camp, fish, and explore. We had a few days and nights to work with on some of the prettiest trout waters in the Northeast. The Green Mountains have a rich trout and fly fishing history; being home to Orvis's headquarters, the famed and fickle Battenkill, and some exceptionally beautiful and large wild salmonidae. It is a stronghold of native brook trout, though some of the Green's streams are now dominated by nonnative brown trout and in some cases, rainbows as well. We hoped to catch all three species in some beautiful and at times quite remote waters.

We arrived in the dark and caught some rest near the stream I wanted to fish first. It was the most remote of them and a totally blank slate for us. It was going to be cold and there'd be trout in it, we just didn't know how many, what species, or how big. When I first got a look at the river I liked what I saw. Flows were strong, the water was a little tanic, and the surrounding woods were beautiful mixed forest dripping with moss. Spring seeps poured out of the hills and the river valley itself was spotted with beaver meadows. Varied habitat makes the best habitat, and this felt like a clean and healthy ecosystem. I was getting pretty excited. 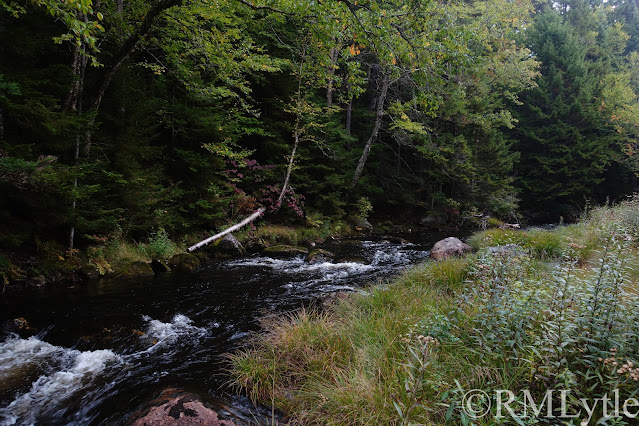 This environment may actually have had the highest density of Eastern newts I'd ever encountered. The wetland areas, be they active beaver ponds or the remnants of abandoned ones, were crawling with hundreds upon hundreds of the aquatic form. Walking through the woods we turned up the bright orange terrestrial form as well, know as red efts. 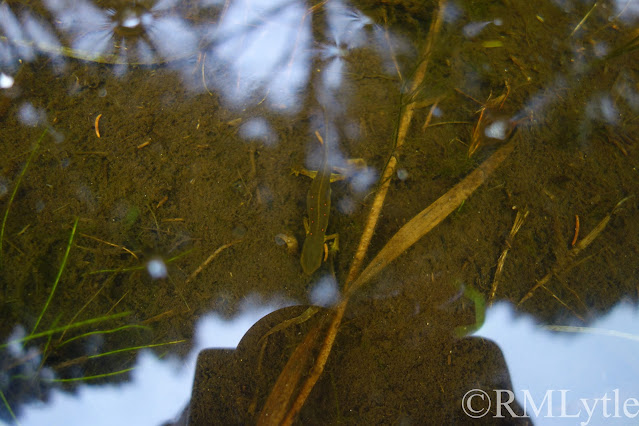 Also occupying the beaver ponds were creek chubs and a variety of dragonfly species. The stream itself was cold and fast and seemed fairly sterile, harboring caddis and midges but very little in the way of mayflies as far as I could tell. It seemed a bit too "clean" and nutrient deficient to be brown trout habitat- remember that point - and out initial visit seemed to indicate that the stream was very rich with brook trout and hardly any other fish of any kind. These fish were beautiful, dark specimens averaging 6 inches. Some exceeded that mark, but it didn't feel like encountering one much in excess of 10 inches was likely. They were quite numerous though. I fished the ever reliable Ausable Ugly, and it produced handsome fontinalis one after another for a few hours. 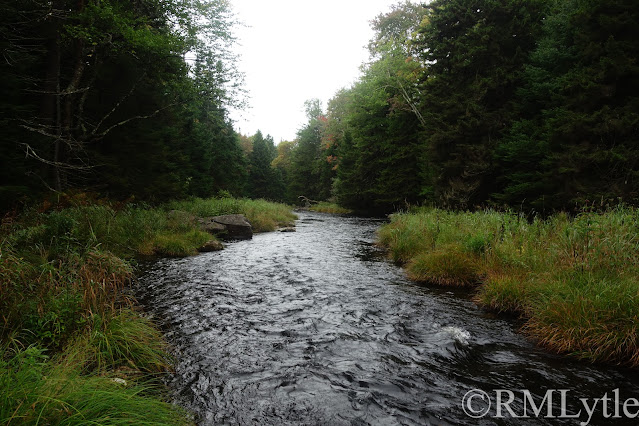 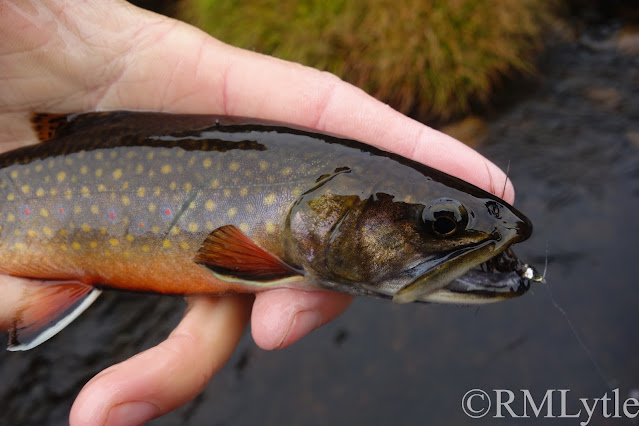 After months of fishing urban, industrial, and suburban habitats almost exclusively, it was a relief to get away from people and signs of people. Unfortunately some of this was an illusion. Neither the forest itself nor the stream were in a fully natural state. The land it was contained within was is fact, in essence, a protected tree farm open to recreation. It was timber in reserve. We passed patch cuts on the long dirt road in. But at the very least signs of human presence were limited down in the river valley. There weren't angler foot paths. The fish didn't have the injuries so common in pressured fisheries where trout are caught and released repetitively throughout their lives. Trash wasn't merely scarce, there was none. It was rejuvenating. 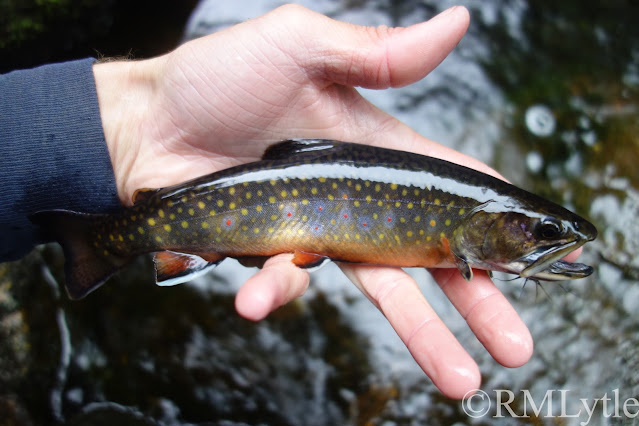 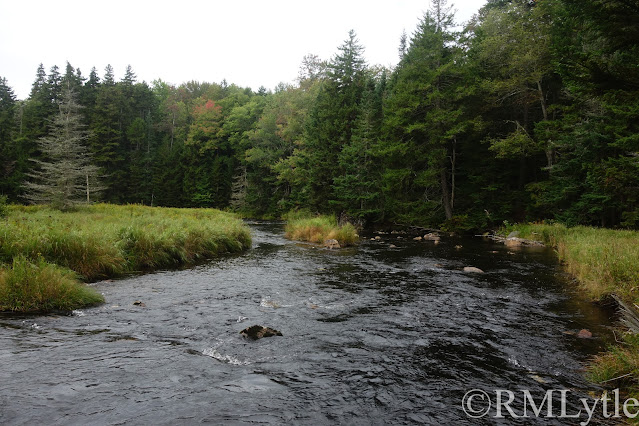 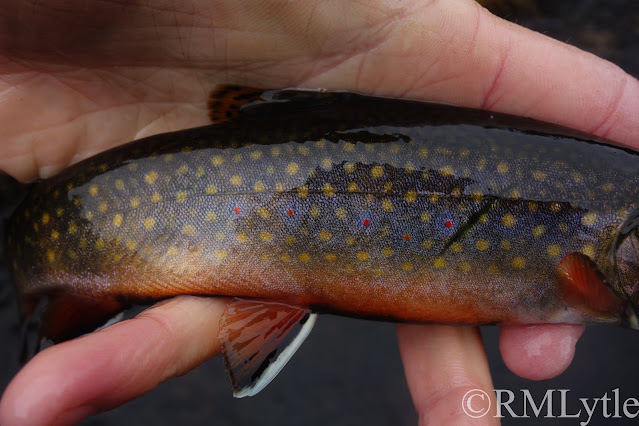 I can only catch so many small brook trout in a day, though, before I feel bad for disrupting their natural rhythms. Garth and I then decided to go disrupt the rhythm of some non-natives. It was time to look for a big brown trout. Though not a widely known big trutta destination, Garth and I had a bit of intel to act on. Perhaps we'd stop somewhere along the way that we knew nothing about as well. This was an exploratory mission after all.