I got to do a little striper fishing this morning, and for the short time I was able to fish the action was fast and furious. In half an hour I landed 15 stripers, all but one being schoolie size, all on poppers. The shallow tidal creek treated me well! The fish were even more showy this time, making some absurd wakes following the fly. 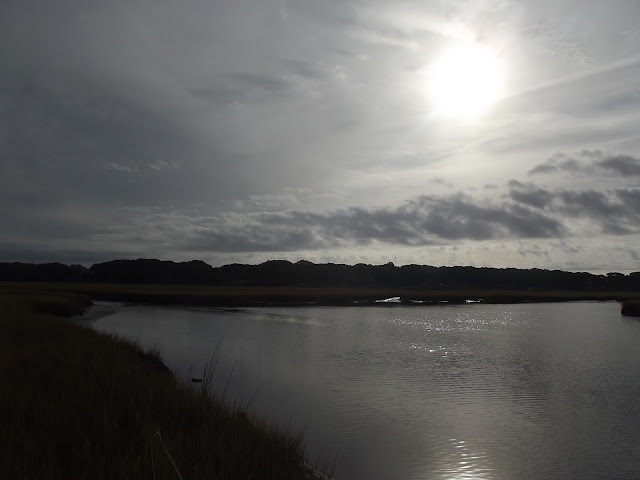 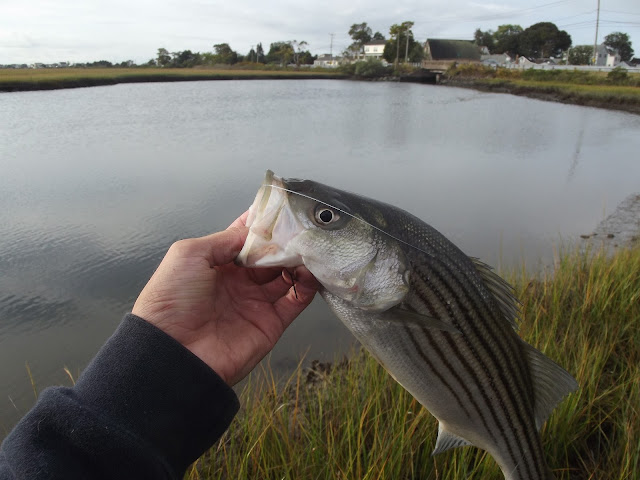 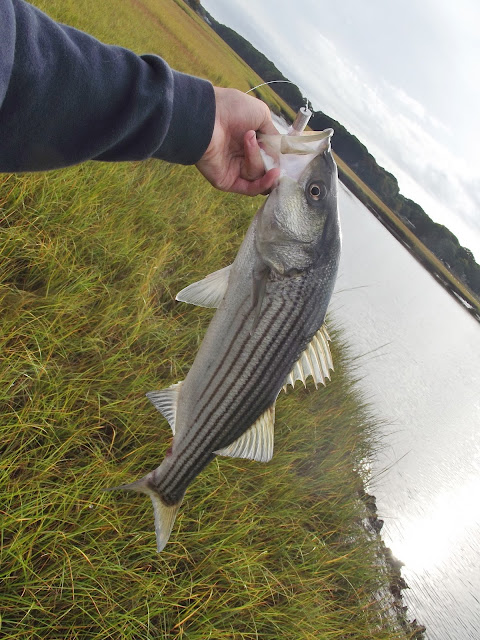 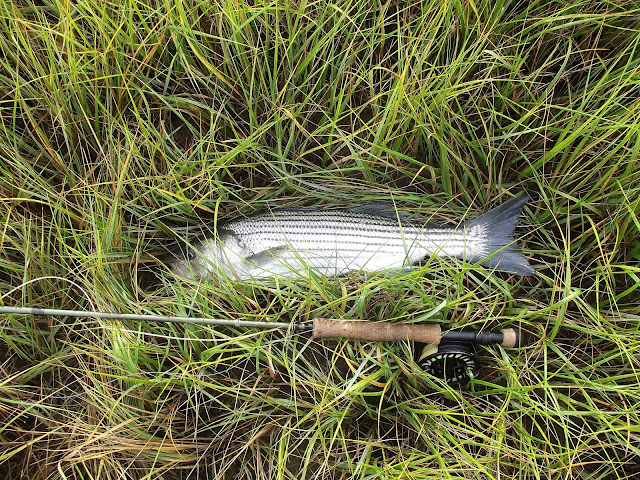 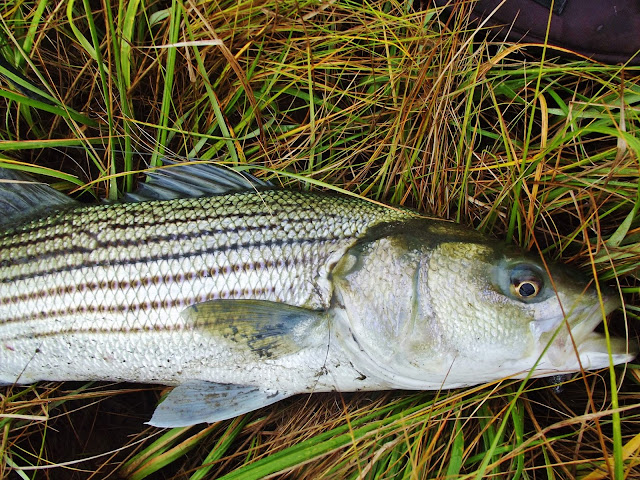 Though there were some bunker milling around and lots of silversides darting about the edges, it seemed like the stripers were doing redfish stuff... they weren't tailing, but there were lots of wakes and swirls in about two feet of water. I'm not sure what they were chasing, but it doesn't really matter because the popper was getting whacked. 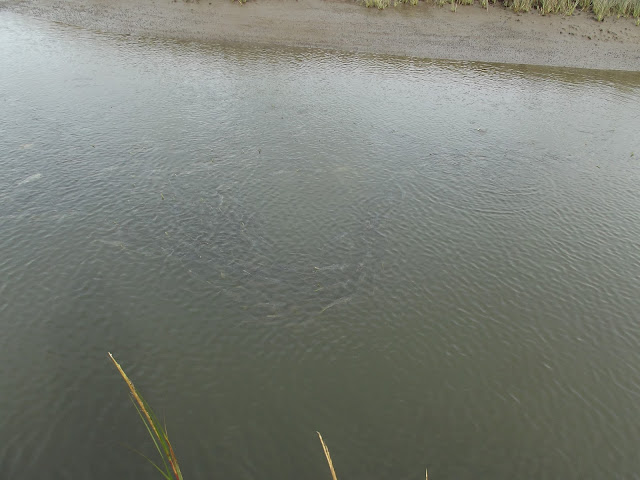 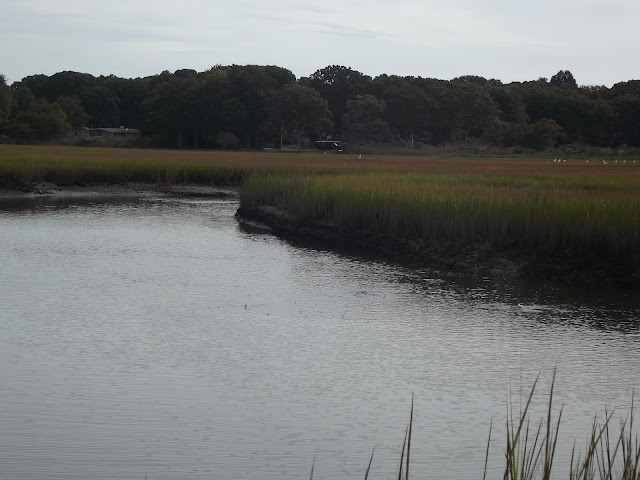 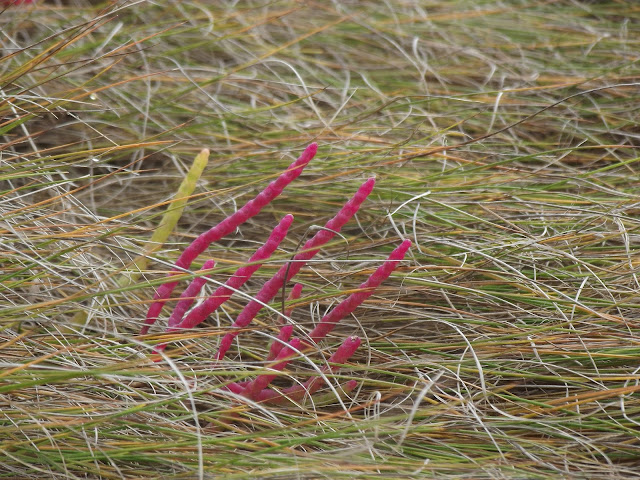 Fish number eight was my biggest... not just of the day either, this was my biggest striper to date at 32 inches! Still not a big striper, but large enough to do some serious knuckle busting. It fought very stubbornly. I could have hooked and landed three 28 inch fish in the time time it took me to land her. 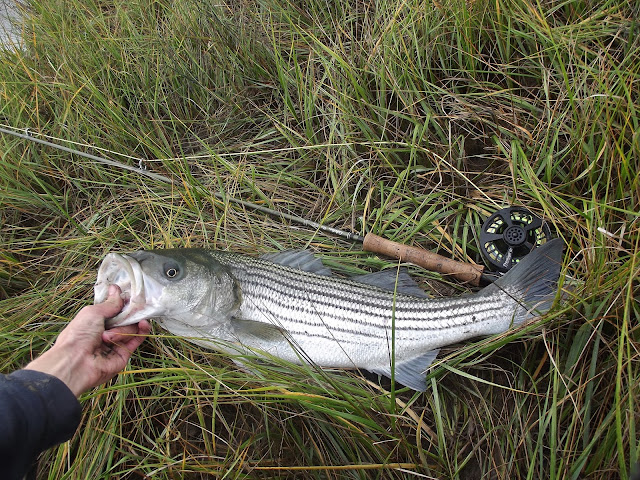 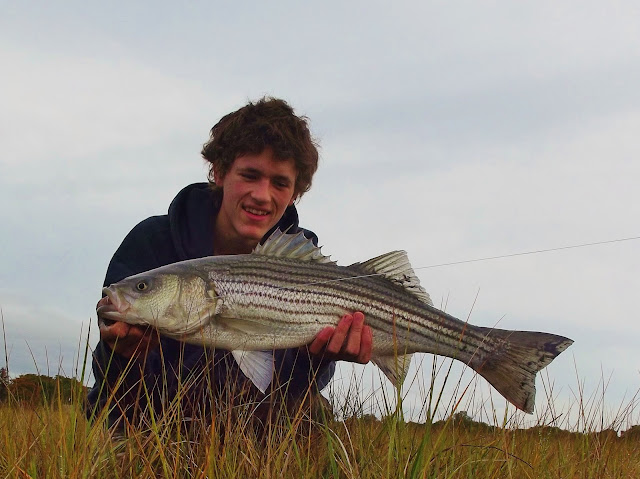 The last seven fish were all small schoolies. A few of them were attacked by bigger bass on the way in. My day was unfortunately cut short before I could connect with one of those behemoths. That's OK...