I only took a one day hiatus from my new "part time" home river... the fish gods decided I had to go back. Rik Frankel and I had planned to make the trip up to Massachusetts to fish the Swift tail water. Checking the forecast every afternoon until today, I watched the outlook get progressively worse and worse. By the time I was getting ready to buy my Mass license it had completely gone in the wrong direction... winter weather advisory from 10:00 a.m. Rik and I smartly decided against making the long trip and began making a new plan. There was no doubt in my mind, we had to visit my new part time home river. I just had to see a fish come out of it. And so we found ourselves parked near the stream this morning, a cloudy and very cold day, and rigging up streamer-dropper rigs. 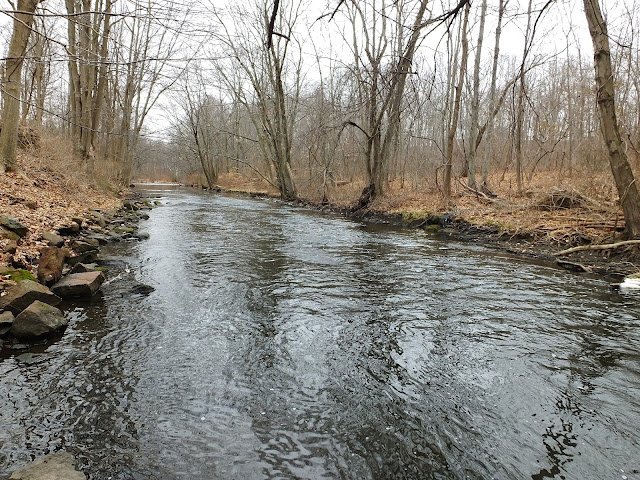 I don't often fish streamer-dropper rigs, they are a tremendous pain in the butt. That being said, on a cold day when it's nearly impossible to strip streamers, both because the fish don't feel like moving and because after just four minutes your fingers just fall right off.  It is also very helpful to have a smaller option when the fish are in a picky mood. Today my rig consisted of a size 4 olive Woolly Bugger, 14 inches of 4x tied to the bend of the hook, and a size 12 Sexy Walt's.

Ten minutes is all it took. I was into a fat 16 inch wild brown trout that behaved very much as tough it were being electrocuted. It actually vibrated when it jumped. At first I though I was into a holdover rainbow based on the purplish reflections on the fish's sides and the ridiculous jumping, but when I got it to hand I was happy to see it was a wild fish. That was all I needed! TRIP MADE! 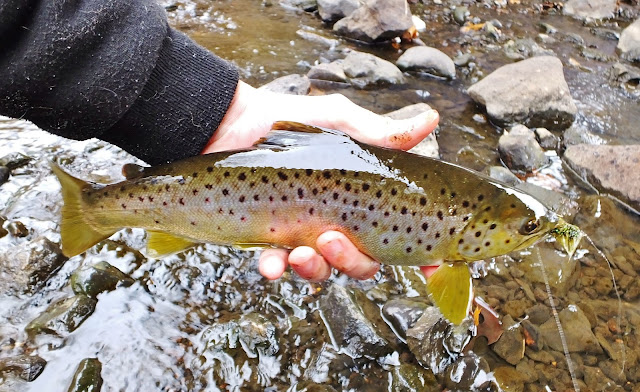 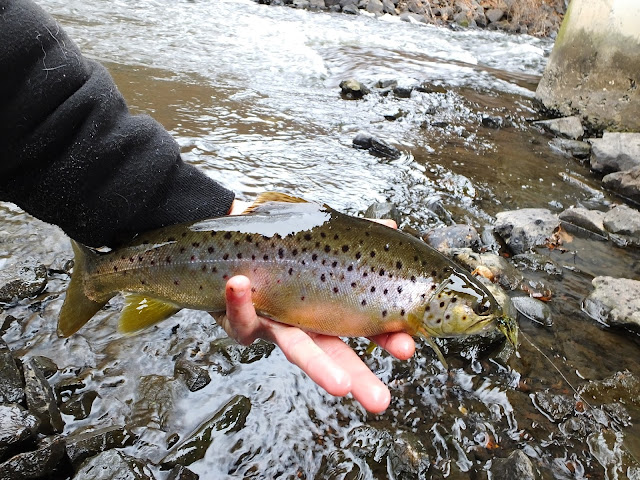 Two of my favorite things in the world are streamer eats and small water wild fish. As such, that fish had me whooping and jumping around on the bank for a couple minutes, and walking around in circles with my hands in my pockets whispering expletives followed by "that was a beautiful fish" or "what a great fish". I don't do this all the time. I talk to a lot of the fish I catch, but the complete mental break down only follows a particularly good fish caught after a lot of time and effort, and based on the research and exploration I have done of this particular stream that brown certainly deserved that sort of celebration.

One problem: this time of year, a fish like that being caught in the first 10 minutes is a death sentence for the rest of the day. This time, Rik and I were thwarted by water fowl. Ducks and one Canada goose swam and flew downstream in front of us, spooking the fish. We only got a couple of grabs. I was glad to spook a few more substantial fish. Now I know for sure where there are wild trout in that river that. Next time, I'm going to fish it hard and try to get some numbers. I don't know what the population per mile is in this stream but it shouldn't be impossible to get at least 10 wild trout in a day there. But more importantly, I think it has the potential to produce some serious brutes. Much bigger than 16 inches. 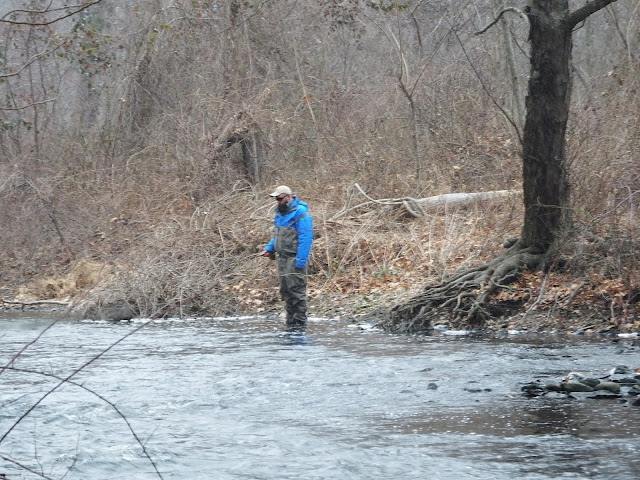 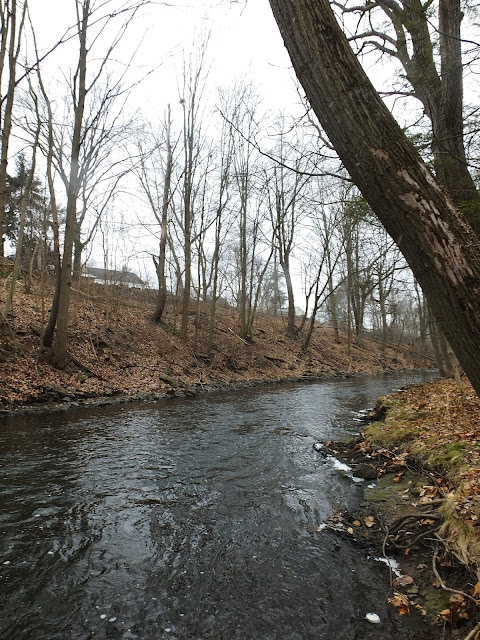 It started snowing fairly early. By the time we left that river the roads had become fairly slick. But there really is nothing prettier than a small stream is fresh, white snow. 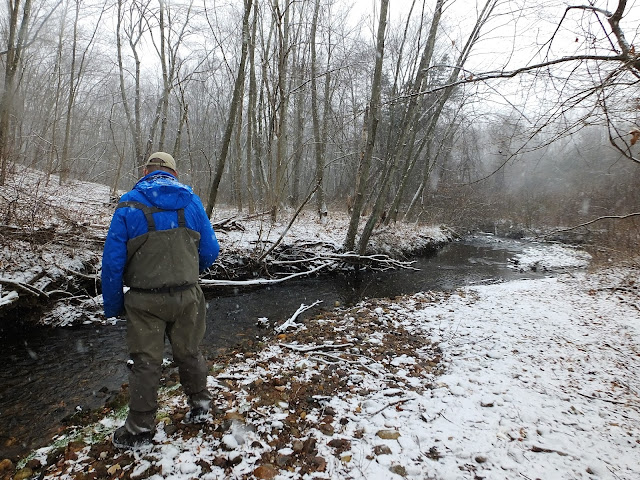