A Quest For Golden Shiners

The humble golden shiner has long been one of my favorite local native fish, in large part because there isn't another species around here that looks anything like it. They're almost panfish like in shape and sometimes size, unlike any other shiner species in the vicinity. The best fish I know to compare them with are European roach and rudd, which are very similar in shape and color. There was a short time during which I was catching a small amount of rudd in a local pond. I'm not sure how they were introduced, but their size and extremely vibrant red fins gave them away. Over time they actually seemed to hybridize out of existence with the golden shiners in that pond, and now I rarely catch anything there that isn't, visually at least, golden shiner through and through. I also rarely catch big golden shiners at all anymore and this spring I sought to change that. It has proven to be far more difficult than I'd anticipated. 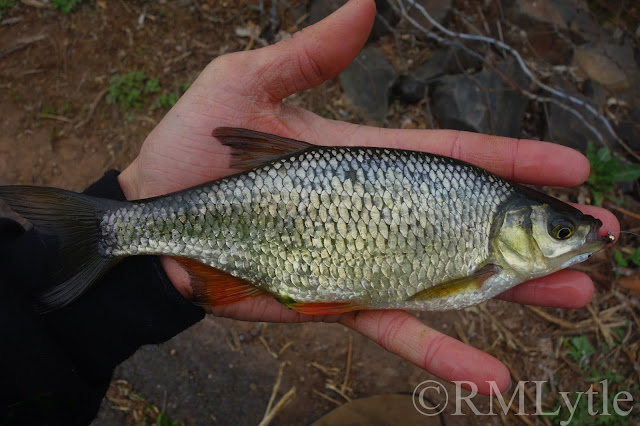 Part of the difficulty of catching big golden shiners is their inability to get big in most waters. Golden shiners are an easy prey target, with no spiny fins and no particularly good evasion strategies. Instead, they are prolific breeders, and in most ponds there are lots of very small ones. Their tiny mouths make gaining size rapidly a challenge, so it takes a special place to grow them big. Dense weeds are a common factor in bodies of water with big golden shiners, but this just makes it more difficult to actually catch them. The popularity of the species as a bait fish, especially for northern pike, also makes big ones harder to come by. Wherever big golden shiners are found, someone is probably keeping a bunch to use under a float or tip-up. Last but not least, I have yet to find a fly that catches golden shiner but wards off the thousands of small bluegills that are usually occupying the same areas. Such a thing almost certainly doesn't exist. 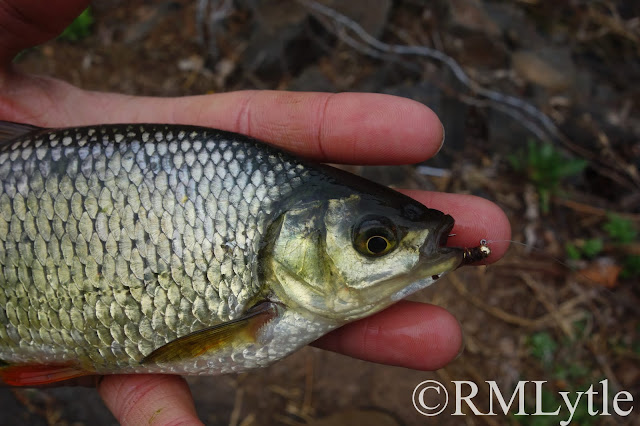 By the time I began targeting these big goldens this spring, the pond I was most interested in had closed to fishing. I had one other small body of water I had confidence in, but decided to try some other ponds in the vicinity as well. One of them is a spot I'm very familiar with but had never caught a golden shiner at. One day, while targeting crappie and big bluegill there, I got lucky and nabbed two decent goldens. 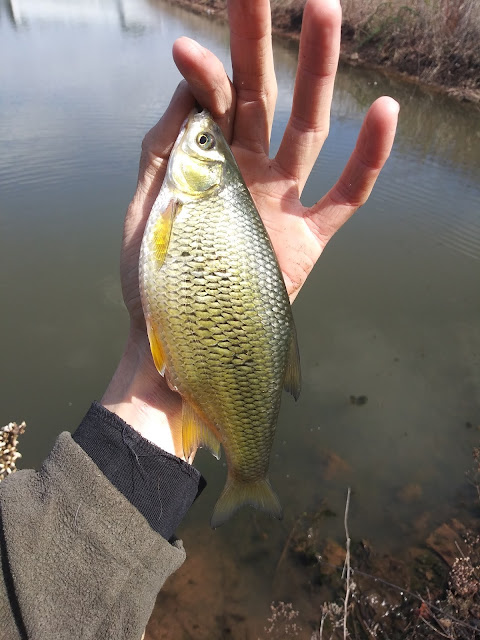 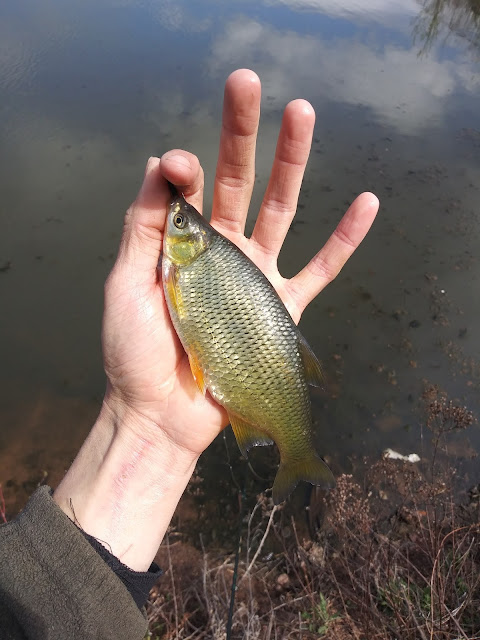 That was probably a bit of a fluke. I tried there a few more times but failed to get another shiner. The pond I already knew about though was giving me the hardest possible time. Its bluegills were proving to be exceptionally annoying. Catching more than 150 of them each trip was beginning to feel like the definition of insanity. I'd caught a nice golden on my first visit this year, before I had decided to specifically look for them. I couldn't understand why I wasn't able to get any more. Finally, just when I was at wit's end, I got what I was after. 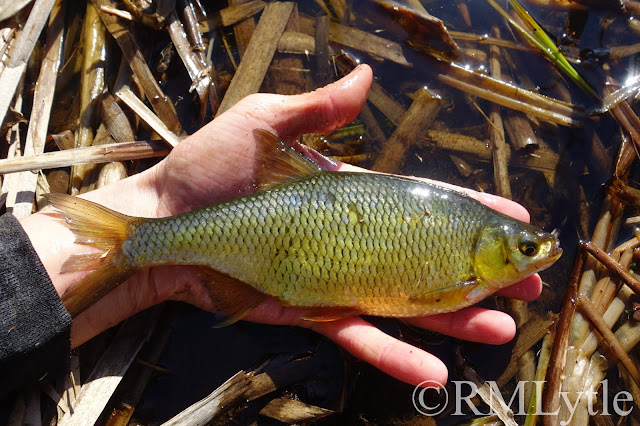 Goldens don't really fight, even a big one isn't that big, and I have no use for them as bait. I just find them fascinating and beautiful for some reason. I understand why European anglers enjoy targeting big roach and rudd. Catching a large, wild specimen of any fish species is a challenge worth pursuing. It requires a far deeper understanding of a fish's ecology and behavior than does simply going out and catching just any fish.

Fish for the love of fish.
Fish for the love of places fish live.
Fish for you.
And stay safe and healthy.
Thank you to my Patrons; Erin, David, John, Elizabeth, Brandon, Christopher, Shawn, Mike, Sara, Leo, C, Franky, Geof, Luke, and Noah for making Connecticut Fly Angler possible. If you want to support this blog, look for the Patreon link at the top of the right side-bar in web version.
Edited by Cheyenne Terrien
Posted by RM Lytle at 5:45 AM