You know what sucked? Last year's tunny season. You know what doesn't? This year's. It feels like this year you can play your cards right and have a good shot at landing a fish every time you go out. That very much wasn't how it played out last year, especially in CT. Last year was incredibly sporadic, with fish being isolated to certain areas and frequently hanging a few miles off shore rather than running the structure. 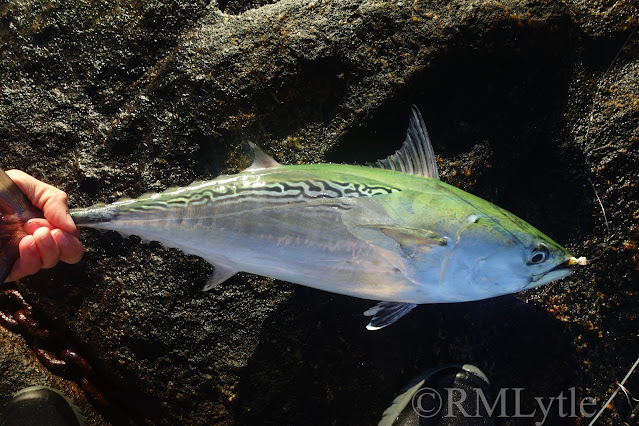 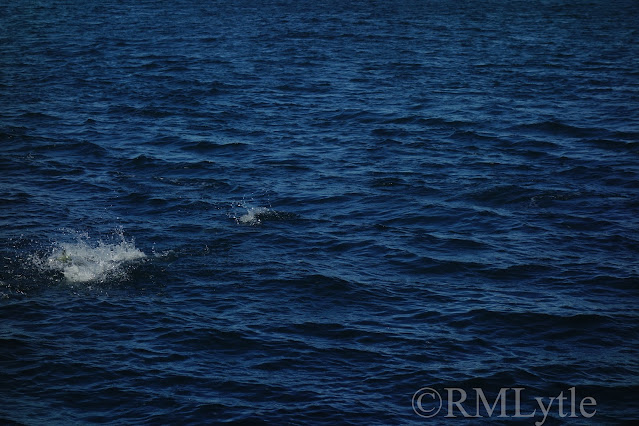 There are plenty of slower days and the fish have been pressured enough to get picky, but this year's volume and spread are exponentially better than the previous three combined. It has also allowed for more confidence in experimentation, both with new spots and new methods. I, personally, have been streamlining my fly arsenal as well as getting back to frequently using floating line. Other high abundance years back when I first began targeting these fish, notably 2017, allowed for similar exploration and experimentation, but I didn't yet have the experience to draw conclusions yet. I got quite a lot of opportunities to fish despite not yet even having my own vehicle. During the 2017 season I'd often have my step-dad drop me off on his way to work, walking sometimes miles between spots throughout the day and slugging it out with nowhere to go on the slow days. Those were the good old days, I learned a lot entirely on my own. when I fished with friends that year, they often new as much or less about little tunny than I did, so it was very much a time of trial and error and learning from experience.
On the note of  coming to conclusions, just what is it that has made this a good year? One factor seems to be the drought. Inshore salinity is higher due to a lack of rain. Other banner years happened in concurrence with droughts. 2016 was a severe drought year, 2017 likely piggy-backed off of that. Other drought years in the intervening time haven't hosted large numbers, so there is certainly more to it than that. it was an offshore storm that pushed the fish to us this year, which is exactly what happened in 2017. Last year it was the onshore impact of Henri that seemed to push in the first fish. There are still plenty off questions about what brings them in, why some years are so poor, and so on. Many won't likely ever be answered even with the startup of tagging projects like ASGA's "The Albie Project". I'm excited to see what results this project has, if anything at all. Frankly it will be noteworthy if any tagged fish get recaptured just as some tentative catch and release data.
In other news, I've updated my Patreon benefits, my to two tiers now get 50% off any guided trips! I've also increased my post rate over there, It's basically become the old style Connecticut Fly Angler- shorter, punchier posts, though I think more incisive. The incisiveness comes with age...  growth comes with time and I'm always growing as an angler and as a writer. I've started to feel a lot older lately when I think back to memorable bites and good fishing I've had and realize that some of it was more than a decade ago.
I've got some availability for land-based tunny trips going into October, as well as some canoe based striped bass sight fishing as well. The fall sight fishing is very different from the more typical June-July crab season, the fish are often feeding on mullet and peanut bunker rather than crabs and shrimp. This often results in epic shallow water blitzes as well as less picky fish than spring. It's a cool option if you are looking for a unique guided fly fishing trip. Send me a message through any of the platforms I'm on to book.
I really can't believe I've been doing this as long as I have. I must say again, thanks to every single one of you that has offered their support in one way or another over the years. You are all appreciated.
Thank you to my Patrons; Erin, David, John, Elizabeth, Brandon, Christopher, Shawn, Mike, Sara, Leo, Franky, Geof, Luke, Noah, Justin, Sean, Tom, Mark, Jake, and Chris for making Connecticut Fly Angler possible. If you want to support this blog, look for the Patreon link at the top of the right side-bar in web version.
Posted by RM Lytle at 12:09 PM