With the season dragging on and a few good weather windows missed, I was starting to get awfully irritated with the tunny. It had long since ceased being fun and I was now just slugging it out hoping to save my dignity. Turns out there really is no dignity in fly fishing for little tunny and I should probably just fish for striped bass unless it's clearly going to be a good year for the latter. It would be pretty easy for me to go get the appropriate spinning gear and drastically improve my catch rate, filling in those days where a fly rod just isn't the right tool for the job, but I've caught tunny on spinning gear already. It just didn't do it for me. It wasn't fun. So the question is, how do you turn it around during a depressing and obnoxious season when people around you are catching on spinning gear and soft plastics and you aren't able to get the fish to eat normal flies?

I'd had a few big and brightly colored Tabory Snake Flies in my box the whole season, and more than once I'd thought to myself, "boy I could really get that to act like an Albie Snax if I fish it right." Twelve trips into my season I finally tied it on. Within five casts I was tight. Honestly it wasn't even exciting, it was just a relief. The previous afternoon I'd briefly had one on that broke off due to a nicked leader. Luckily this little fish stayed on for me. The fight was fairly run of the mill. The fish careened into the backing like only a little tunny can, and I then brought it back to me and scrambled down the rocks to get the fish in hand. It was a very small one, but it had eaten the largest fly I'd ever thrown for this species. 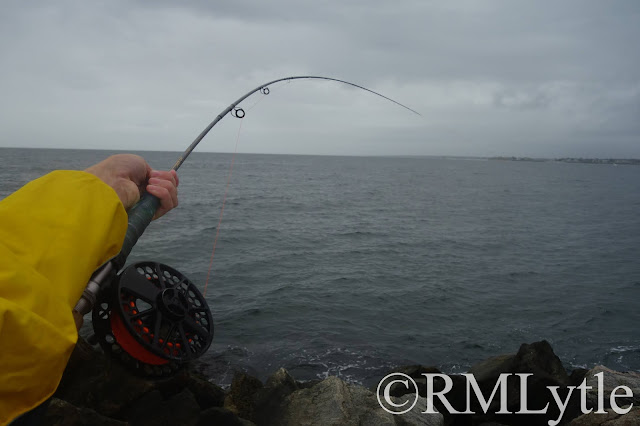 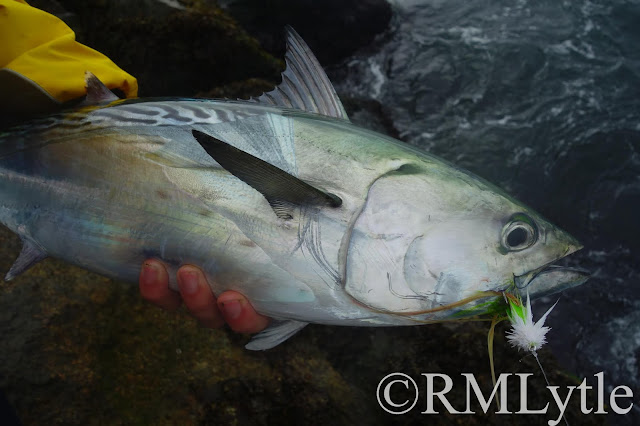 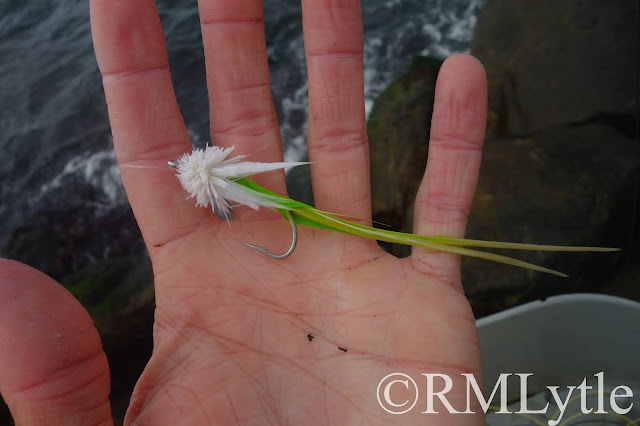 Of course I figured I'd had it solved and that I'd be able to get a couple more fish before the day was over. I did, but not little tunny. Some bluefish had come around, and they weren't the tiniest bluefish either so they provided some enjoyment. I like bluefish any time they aren't ruining flies and leaders. 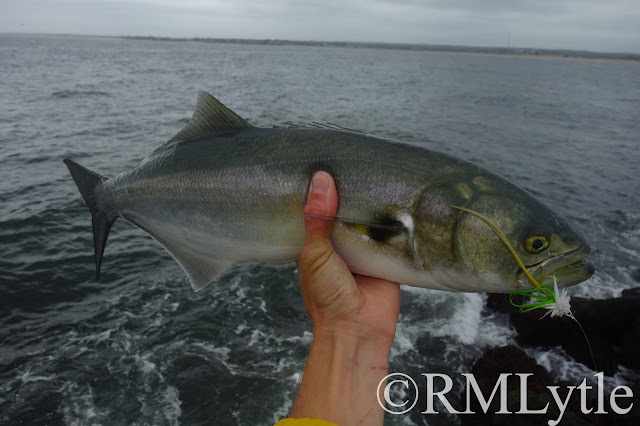 As the afternoon wore on, the tunny started exhibiting some very interesting feeding behavior, which we'll delve into next time.

Fish for the love of fish.
Fish for the love of places fish live.
Fish for you.
And stay safe and healthy.
Thank you to my Patrons; Erin, David, John, Elizabeth, Brandon, Christopher, Shawn, Mike, Sara, Leo, C, Franky, Geof, Luke, Streamer Swinger, and Noah for making Connecticut Fly Angler possible. If you want to support this blog, look for the Patreon link at the top of the right side-bar in web version.
Edited By Cheyenne Terrien
Posted by RM Lytle at 10:33 AM