Back when there were still plenty of leaves on the trees and a warmth to the air strong enough to bring a fair number of snakes out, I finished a day of timber rattlesnake surveys by knocking on the door at a few local brook trout haunts I hadn't fished in a while. My idea was simple: I'd fish a stream until I caught one brookie, then move to another, and repeat the process until it was dinner time.

I started out just down the road from a survey site. The flows were better than I've seen some years but the water was still crystal clear, putting the fish on guard. I sneaked around carefully and stripped a very simple stream down the pools, hoping to tempt an aggressive post-spawn male. That's not really what I got, but I couldn't help but admire the fortitude of this little brook trout parr. 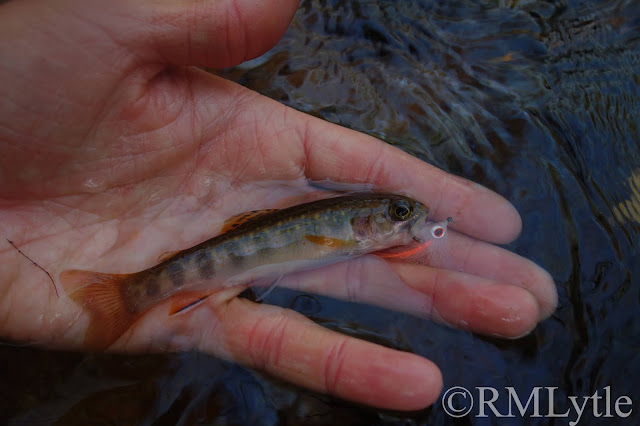 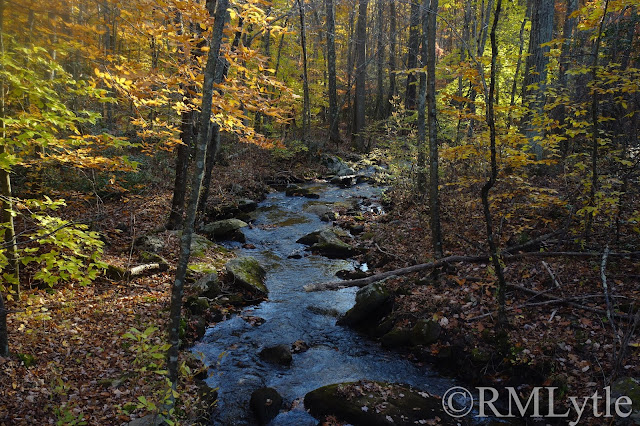 The second stream gave up its bounty far more rapidly and the fish was a bit more impressive. Well, it was bigger. It may not actually have been impressive in stature at all, but it was a native brook trout and any native rook trout is a thing to behold. 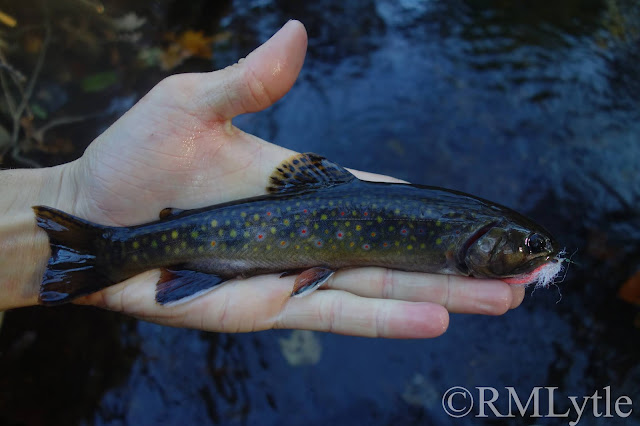 Stream number three was much less inclined to give up its bounty, which was a surprise as I typically can get a dozen or so brookies there with little or now effort. I had to work for it this time. I managed to stick with the same fly though, which was cool. Three different streams within 15 minutes of my house, three wild brook trout, all on a goofy micro streamer that I actually tied for use in saltwater. 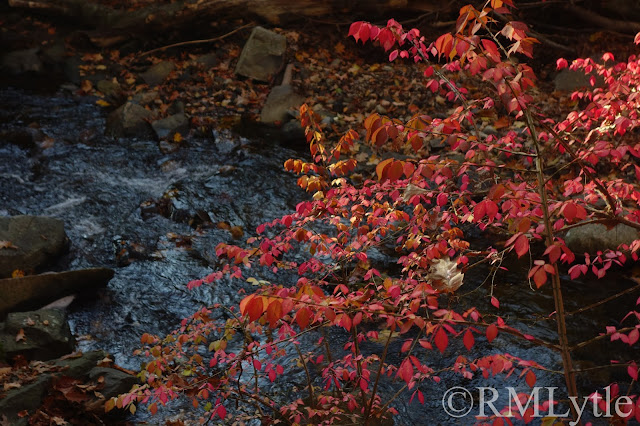 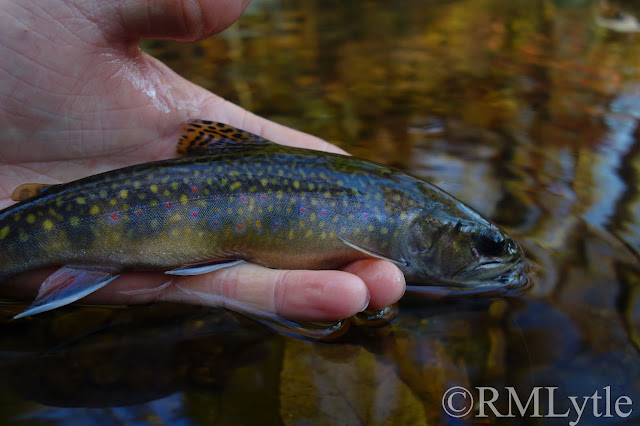 As time progresses and I devote the days I can fish from sun-up to sun-down on other fisheries, I find myself being satisfied with a small number of brook trout from a short outing. I also fondly remember all that time I spent perusing over maps, biking as much as 60 miles in a day, and bushwacking as many small streams as I could throughout the year. My teenage fly fishing years were a lot of fun, and certainly, sometimes, I get the urge to do that sort of thing again. But I've moved on to other things. Not even bigger and better, necessarily- just different. Brook trout are just as special as they ever were, I just don't feel the obsessive urge to fish hard for them as much. That's probably good for them, and me.

On an entirely different note, I've decided to setup my first online fly fishing class. It will occur next Friday, December 17th, at 7:00 pm. The class will run 35-45 minutes with time for questions afterward. It is titled "Flies For Night Fishing Trout" and will cover the best flies to utilize in night fishing, the best seasons and conditions to use them, and how those flies should be fished. The class will be held through Google meets, $15 per participant payable through paypal (brwntroutangler@gmail.com) or venmo (@Rowan-Lytle). The event link will be sent to you upon receiving the payment, so please include your email address in a note. Patreon supporters get $5 off. I hope to see a bunch of you there, and this will be the first of a good many classes as long as this one does reasonably well.

Fish for the love of fish.
Fish for the love of places fish live.
Fish for you.
And stay safe and healthy.
Thank you to my Patrons; Erin, David, John, Elizabeth, Brandon, Christopher, Shawn, Mike, Sara, Leo, C, Franky, Geof, Luke, Streamer Swinger, and Noah for making Connecticut Fly Angler possible. If you want to support this blog, look for the Patreon link at the top of the right side-bar in web version.
Posted by RM Lytle at 4:30 AM