I spent a number of days wandering the ocean front in Southern Rhode Island in late October and early November. This is a time when there's often a lot of small bait moving along the beach, with bass, blues and sometimes bonito on its heals. This year, there were also some little tunny making very late appearances in Rhode Island. I didn't have any clients book trips this fall for surf fishing, which was disappointing on one hand but meant a lot of no-pressure days for me. I did a lot of sitting, quite a bit of walking, and a lot of fishing with my camera instead of my fly rod.

One day, I was walking around a rocky bit of shoreline little tunny and bonito are known to haunt. Little tunny were around in decent numbers, but the water was slicked out and they were being very fickle. I spent most of my time trying to predict their travel lines and get good shots. I though I did a couple times but my fly drew no interest. At least not from the tunny. 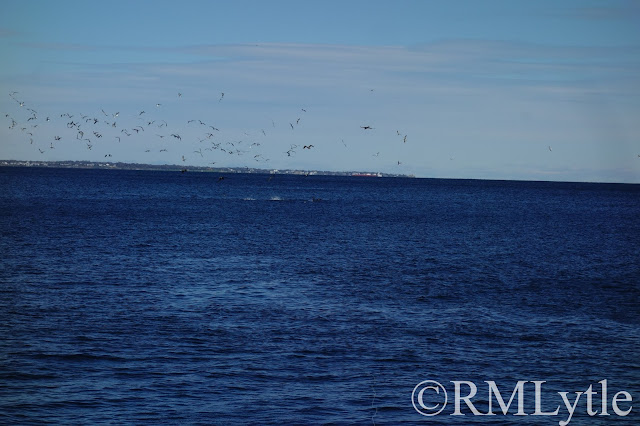 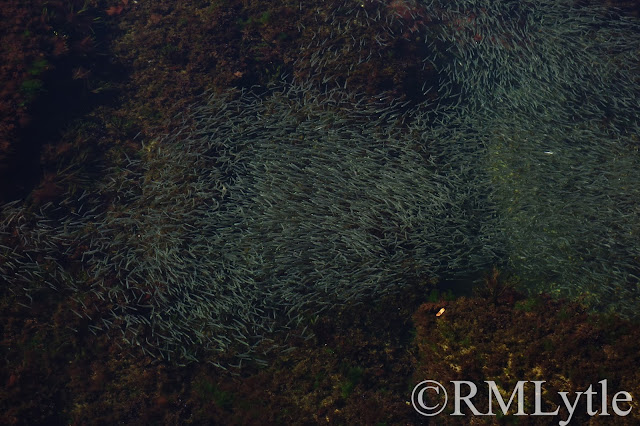 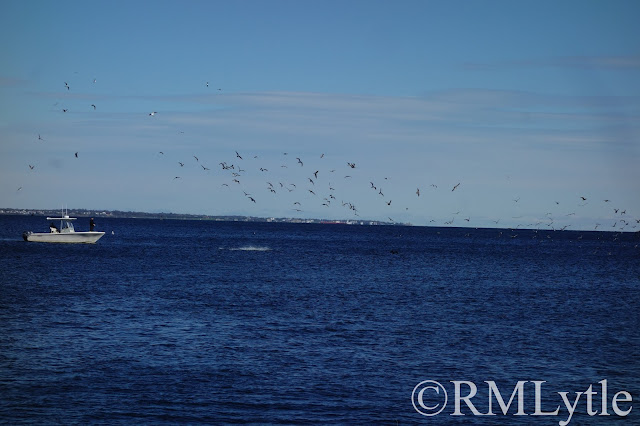 As I was watching a big school of tunny going wild way out of casting range, something moving tight to the rocks caught my attention. It was a bass, and a decent one at that. I brought my EP Minnow in front of its face and the fish obliged. It was a wonderfully visual eat and a beautiful 29 inch fish. 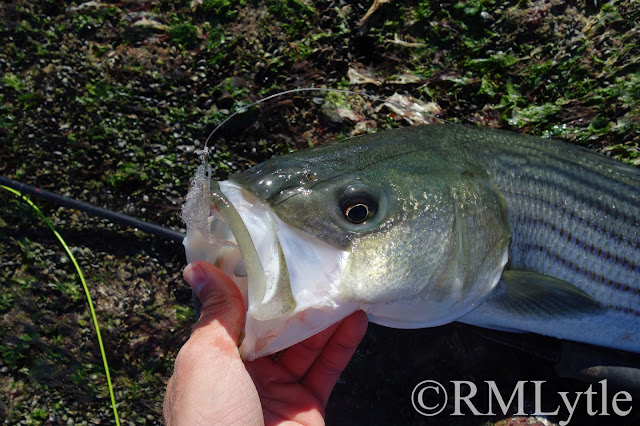 That filled my cup for that day, but a week or two later I was out again, this time on the sand beaches late in the day. There were blitzing schoolies and fish cruising the wash, but the headliner wasn't the fish at all. 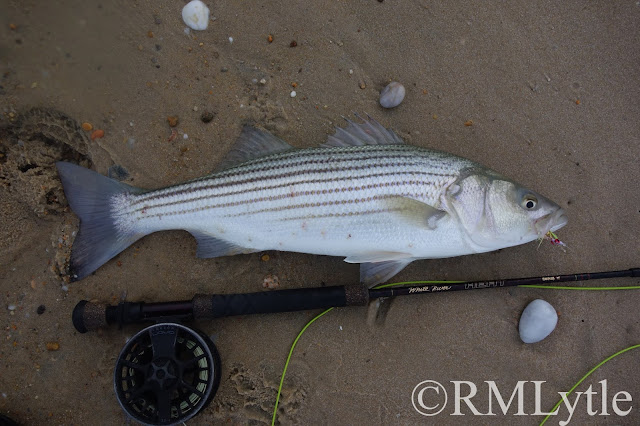 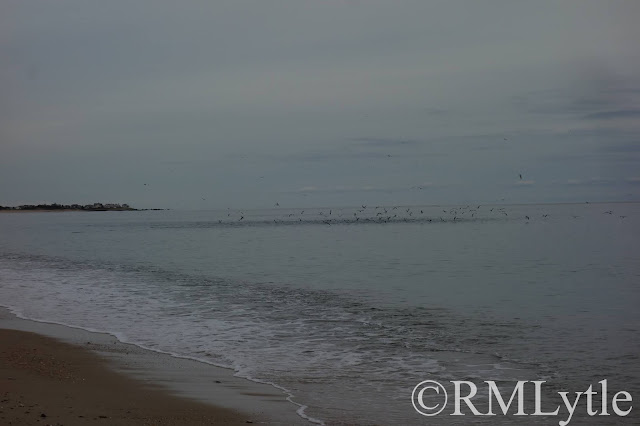 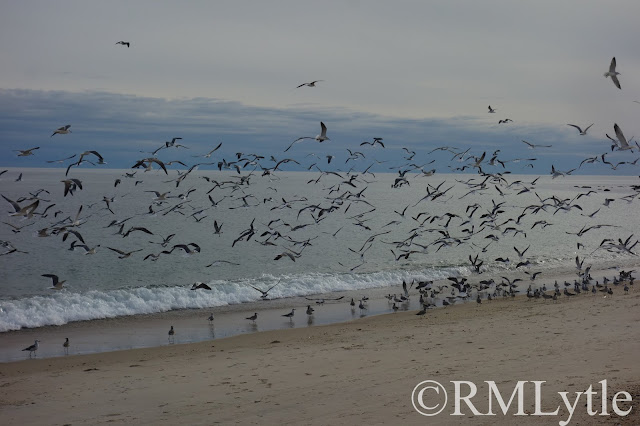 In fact, on quite a few nights I fished this year it was the sunset that as the headliner. Not a skunk-set, I caught more fish than I'd need to to be satisfied.  The sunsets were just so striking, so awe inspiring, and so overt that all else paled in comparison. I love it when the sky catches on fire. 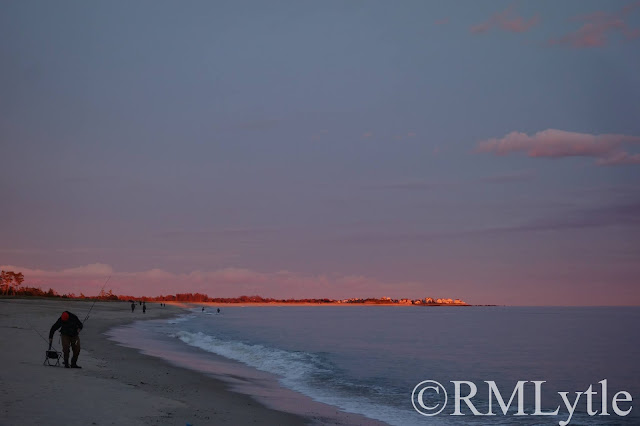 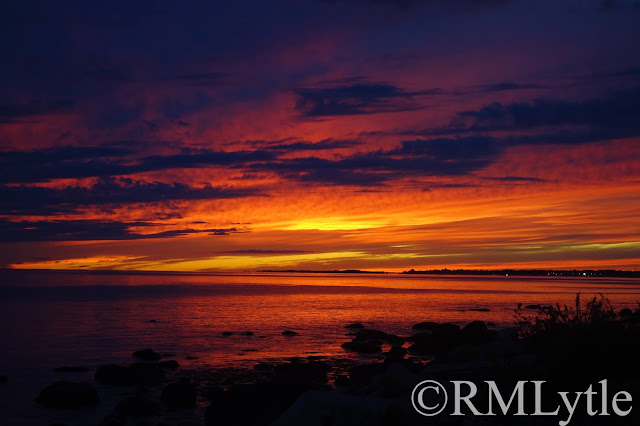 I did capture one particularly memorable blitz though It wasn't a huge or prolonged one, but I was standing in the right place on the beach at the exact right time with good lighting to capture striped bass churning the water to a froth and bay anchovies frantically darting in the wash. While the surf junkies frantically cast into the melee I stood, rod tucked in my armpit, camera in hand, with a big shit eating grin on my face. This is what keeps me alive and happy. 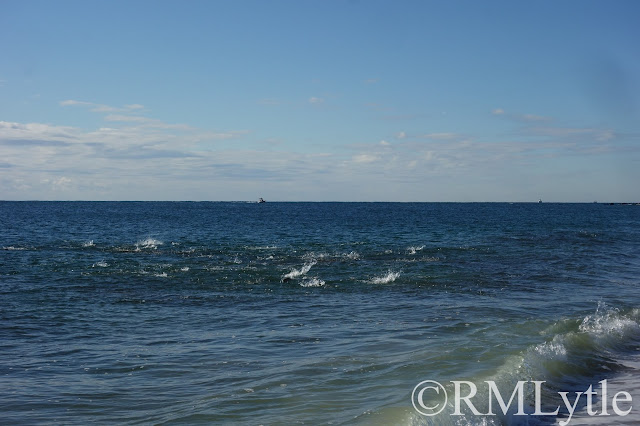 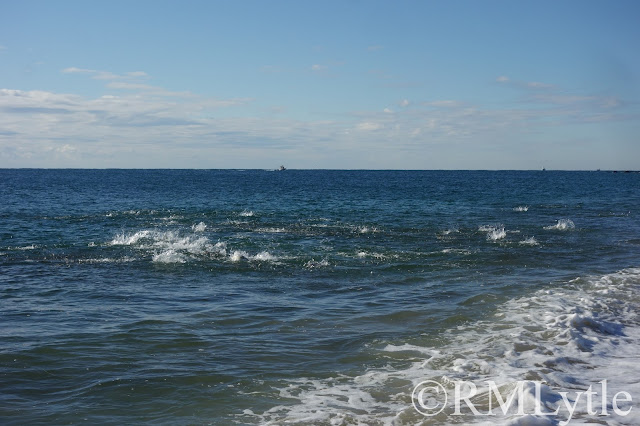 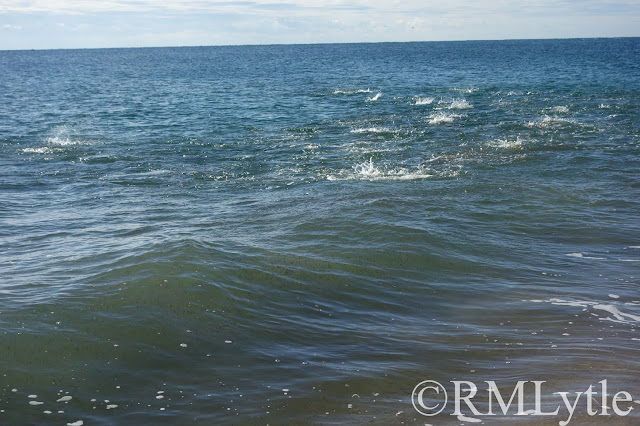 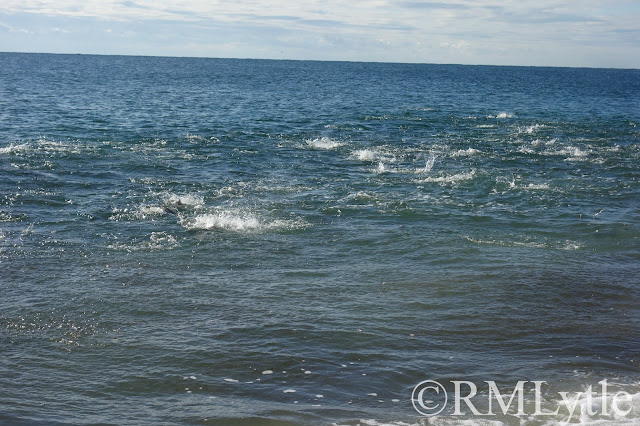 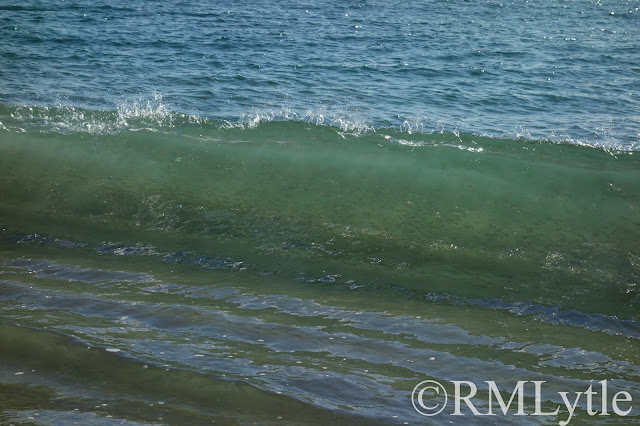 I caught a fair few bass that day, though I never bothered to take a picture of one nor did I keep track. I chuckled, listening to a few of the casters behind me talking numbers (completely oblivious to the pod of little tunny that had just come into their casting range, no less). I sometimes think I should carry a fish counter, exclusively for data collection purposes. I don't know that I'd share the numbers I was catching though. That isn't the measure of a good day. When I go walking the beach in the fall, I don't care how many stripers I catch as long as I get to pull on a few. I'm really just there to watch the show.

Fish for the love of fish.
Fish for the love of places fish live.
Fish for you.
And stay safe and healthy.
Thank you to my Patrons; Erin, David, John, Elizabeth, Brandon, Christopher, Shawn, Mike, Sara, Leo, C, Franky, Geof, Luke, Streamer Swinger, and Noah for making Connecticut Fly Angler possible. If you want to support this blog, look for the Patreon link at the top of the right side-bar in web version.
Posted by RM Lytle at 1:58 PM