Perched culverts are a hot topic in fish conservation and for good reason. Culverts are a problem. In many cases they prevent fish passage, cutting off populations from substantial segments of historic habitat and limiting genetic exchange within and between streams. Fish passage is the most well known and talked about issue with culverts, so I don't feel there's much I can add to it that you haven't heard trot out at least once already. Instead, I would like to offer my opinions and some of the facts on why perched culverts and other small, man-made fish passage barriers, might actually be a good thing..

Nonnative fish benefit from restored fish passage just as much as native fish do, sometimes to the detriment of those native fish. There are some clear examples, particularly in Western US native trout populations. Barriers both natural and man made have either saved or allowed for the reintroduction of Gila trout in Arizona and New Mexico and have prevented the loss of native golden trout in the upper Kern basin in California. Matthew Miller discusses one such example in his fantastic book, Fishing Through the Apocalypse, a case in which ash from a wildfire lead to the extirpation of brown trout in a stream, allowing for the reintroduction of native Gila trout. Non-native species were still present further down the watershed, so a dam was built in order to stop them re-colonizing waters that were soon filled with the fish that had evolved there in the first place.

The question becomes; is the trade-off of an artificial barrier being created or simply being allowed to remain present in a stream a justifiable conservation strategy. This is something Miller ponders, and he and I both come to the same conclusion. "The lines become blurry, but I’ll take the native fish. I want there to be as little human influence as possible in the Gila wildernesses, but we’re going to have to make decisions..." 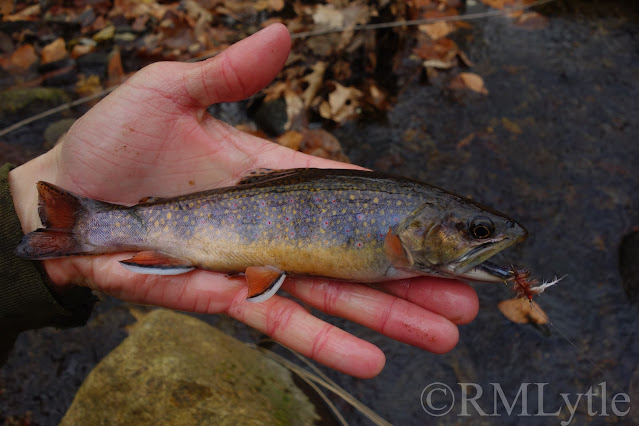 How much of an issue is this in Connecticut, though? Well, things get muddy here as it is genuinely very hard to find an example of water that isn't inhabited by nonnative fish. But there are some examples. A tributary of the Farmington River where a perched culvert separates brown trout from an allopatric brook trout population, a barrier on another small stream that separates slimy sculpins from brown trout, and a dam that keeps largemouth bass and bluegills out of brook trout and redfin pickerel habitat are all examples I've personally seen. There are lots of small culverts and dams in CT, and each should be looked at as its own case. Is it worth maintaining a barrier to separate non-native from native, or will the benefit removal or re-construction outweigh that? Those questions need to be asked every time a barrier is under question to be removed or rebuilt.

Another point came to me a couple months ago as I surveyed potential wild trout streams in Northeastern CT. One stream I came across that had a confirmed brook trout population as recently as 2012 was simply so small I had a hard time imagining how they could persist there. It was clearly very intermittent, as most of the longer, slower pools were filled with leaf litter and sediment and no more than a few inches deep- the flow was not substantial enough to clear out sediments. I walked a long length of it without seeing brook trout or any particularly ideal brook trout habitat, at least not permanently habitable brook trout habitat. 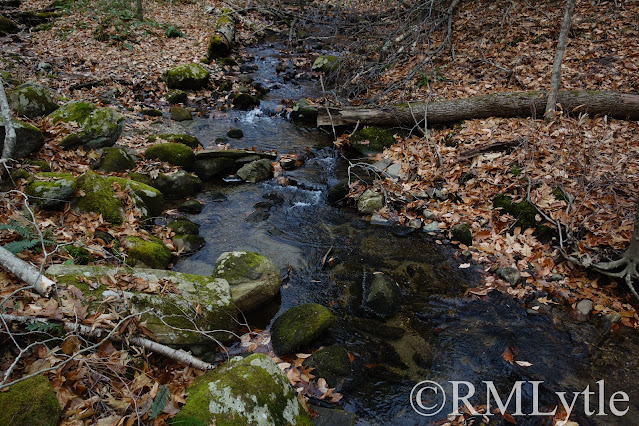 Then I came to a culvert pool. Though not perched, this culvert featured an angled concrete floor that created sheet flow, only about 1/3 of an inch deep. This isn't good fish passage, though in the right conditions a brook trout might successfully make it above. More notably, like many culvert pools this one featured a deep, round pool, the only one I'd seen so far that would certainly persist through the sort of droughts we've experienced here in CT in recent years. Unsurprisingly, I found the pool to be loaded with brook trout. Apparently the stream's entire population or at least most of it was occupying this hole. 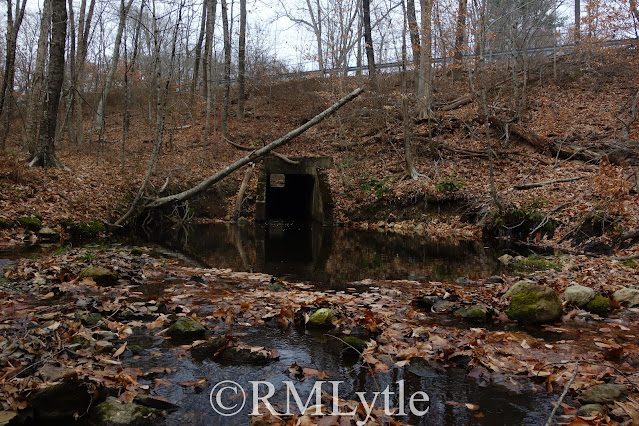 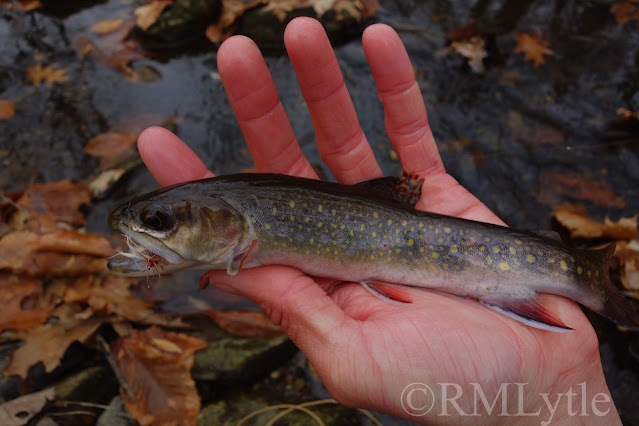 Now there's a serious problem here, as removing the culvert, or more importantly the deep hole it created, could also eliminate the one refuge this stream's brook trout have during extreme droughts. Additionally a stream with such limited habitat is very susceptible to eradication anyway, especially if there aren't more fish further down the system to re-establish it. The larger brook this one flowed into is a heavily impacted, stocked, pressured water with exceptionally few wild brook trout. The odds of the tributary being re-seeded naturally with fish from the stream it flows into is not good. More would have to be introduced there, and odds are a re-introduction could go south for the same reasons the original population was wiped out are high. A drought, winter kill, or chemical spill is far more likely to eradicate a population isolated to an extremely limited amount of habitat than a population spread throughout a watershed through a variety of healthy habitats.
Another consideration is how vulnerable to fishing pressure a culvert pool is. Just one angler over the course of a season could easily decimate this stream simply by picking off fish in that easy to find and fish pool. Culvert and dam holes are easy places to catch fish, and being both a refuge and an easy place for exploitation is obviously a bad thing for the fish. One way around this is to make sure the habitat is ideal for the fish, not ideal for the fisherman. Additional efforts to assure that a culvert pool isn't the only place fish have to take refuge are also key, because the generally shallow and channelized nature of our small streams in southern New England isn't natural. Natural watercourses wander, create deep pools and fast runs, and do their own thing. This hasn't often been in line with what people want them to do, so we make our own changes. We've also altered the forests around the streams. The woods you walk through to the brook trout stream you love so much today are not really natural. Old growth is essentially gone from New England and the trees we have now are not the same species or in the same abundances. This effects what falls into streams and how the bank is held up. There are ways to increase habitat without resorting to things like "lunker lairs" that, in the end, are better for fisherman than they are for fish. Wood loading is one such strategy. Wood loading, which compensates for the lack of mature trees naturally falling into streams, has been proven to increase the number of wild trout a stream holds, notably in a study performed on small streams with both brown and brook trout in New Hampshire. There have also been projects to return streams to their courses after they've been re-routed, using historic maps and aerial photography, and in most cases this would result in increased and improved habitat for native fish. 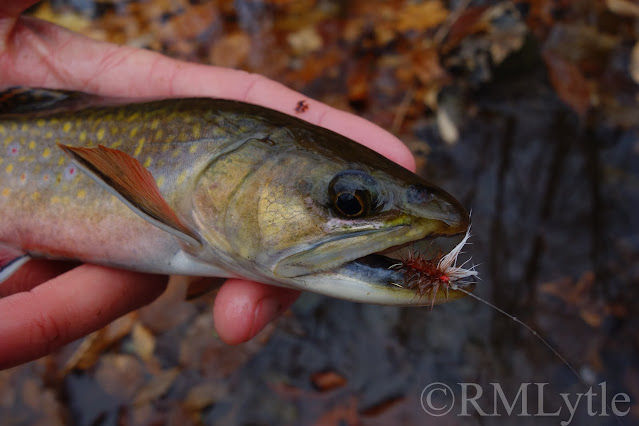 The big picture here, as I see it, is the importance of asking a question every time a culvert or dam is slated for rebuilding or removal. Isitt benefiting the native fish population more than it inhibits their survival? Sometimes the answer is yes, and in those cases that culvert or dam should remain, at least until some other way to provide habitat or prevent invasion by nonnative fish is in place and working. Culverts and dams are essentially always an evil, but they may be a lesser evil.
Thank you all for bearing with me through this one, hopefully this gives you something to think about the next time you visit a brook trout stream with a culvert on it.

Fish for the love of fish.
Fish for the love of places fish live.
Fish for you.
And stay safe and healthy.
Thank you to my Patrons; Erin, David, John, Elizabeth, Brandon, Christopher, Shawn, Mike, Sara, Leo, C, Franky, Geof, Luke, Streamer Swinger, and Noah for making Connecticut Fly Angler possible. If you want to support this blog, look for the Patreon link at the top of the right side-bar in web version.
Posted by RM Lytle at 8:51 AM