A Slow Day at Home

My home river will never be what it was when I first fished it. I’ve accepted that fact. What it means to me though will never change. There isn’t another wild trout stream nearby that runs a long distance uninterrupted by road crossings or private land. There aren’t any major trails either- access takes effort. I feel secluded when I’m there. Although the wild brown and brook trout aren’t as plentiful as they once were and stocked fish have taken hold in parts of the stream where they never used to be found, it will forever be my home river.

I paid a couple visits in December with poor results, but decided I ought to return in January. I wanted to fish it with the same simple nymphing methods that I’d first learned there. My leader was just 6 feet long, but carefully tapered down to a long 4x tippet. I’d only fish one fly and either use the end of my fly line, the leader knots, or my instinct to detect strikes. Since I haven’t nymphed this way in awhile, I can tell that my knack for this bare-bones tactic has slipped away. I’m more than a little bit rusty.  I set out to gain back those reflexes on the very water I’d developed them in the first place. 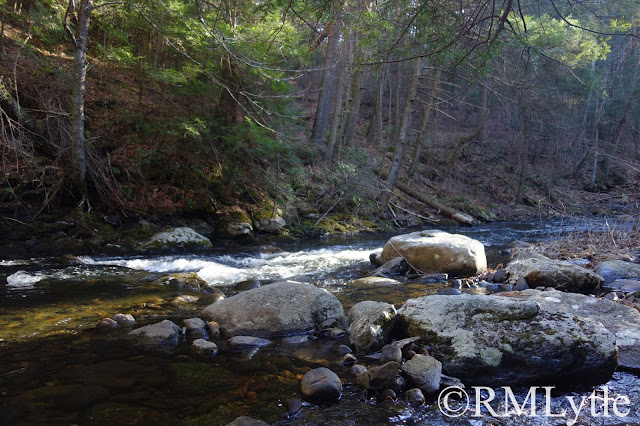 It took me a bit to find what I thought was my groove. I reached a classic ledge run that used to have a log socked in between some boulders essentially dividing into two runs, one below and one above. A freeze followed by a flood managed to blow it out. That log was there ten years ago, when I caught my first wild brown trout out of what had been the upper run. It’s amazing how drastically things have changed since then, but there are still wild brown trout using that water and one found my Sexy Walt’s Worm to its liking. The take was subtle and almost undetectable. Not missing it bolstered my confidence. 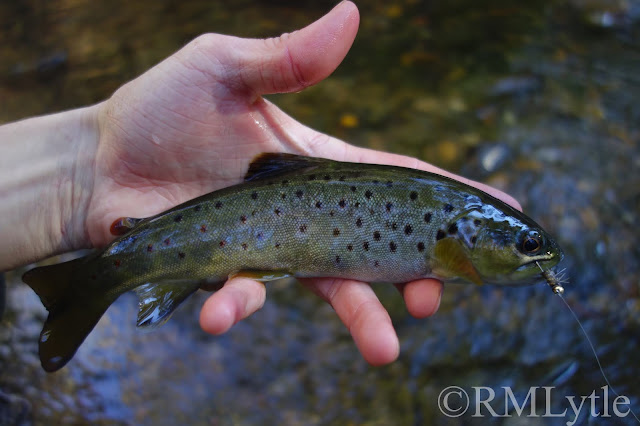 Then I went a very long time without catching anything. Eventually, I gave in and decided I’d go downstream to a pool I knew held some rainbows. I’d released the brown, but if I caught any rainbows they’d be coming home with me. I used to release everything I caught here and now I’m convinced I shouldn’t be. The state shouldn’t even be stocking it. Though my nymphing had been less than satisfactory for the wild fish, these naive rainbows fell right into my trap. I took four. That’s four less rainbows in the system eating dace, brookies, and macroinvertebrates. I feel bad for the fish themselves, it's not their fault. But they just shouldn’t be in this water to begin with. Some will disagree with my approach, but I’ve seen too much evidence. The negative impacts of hatchery trout are undeniable, and the fisheries managers believe us anglers are catching them and taking them out of the system anyway. “Put and take” is an absurd way to manage an ecosystem, but I’ll oblige to save even a few fingerling native brookies. The end goal, though, is for these waters not to be stocked at all. If we are going to treat trout as though they are livestock, we shouldn’t be putting them in wild streams where many, if not most, won’t even be caught and kept. And if we are going to treat trout like a resource, we need to manage that resource in a naturally sustainable way. Stocked trout die in mass every summer in waters that can't sustain them, and not before each one eats thousands of native organisms. This isn't right. 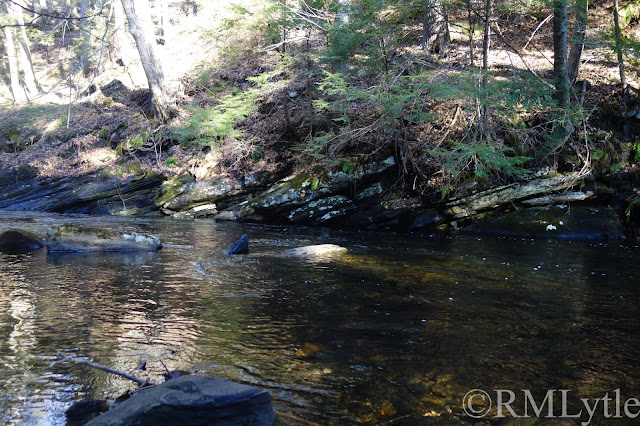 My home water is locked in snow and undoubtedly full of ice as I write this. Hopefully I’ll be able to return there soon, before the season closes. If it closes this year.
Until next time,
Fish for the love of fish.
Fish for the love of places fish live.
Fish for you.
And stay safe and healthy.
Thank you to my Patrons; Erin, David, John, Elizabeth, Brandon, Christopher, Shawn, Mike, Sara, Leo, C, Franky, and Geof for making Connecticut Fly Angler possible. If you want to support this blog, look for the Patreon link at the top of the right side-bar in web version.
Edited by Cheyenne Terrien
Posted by RM Lytle at 4:55 AM