Every year in my home lake, hundreds if not thousands of perch congregate in the only two major feeder streams- right inside the mouths. Both white perch and yellow perch are represented, though this behavior seems to have a few different causes. First and foremost is the urge for fish to seek warmer and more oxygen rich water in the winter, especially in an oxygen deficient lake like this one. Secondly, this appears to be some sort of pre-spawn behavior. A lot of the male white perch I’ve caught during this schooling behavior expel milt. What it certainly isn’t is a feeding behavior; in fact most of the fish in the school largely ignore anything offered to them. Though the percentage of willing eaters is typically low, there are so many fish it doesn’t matter. It isn’t hard some days to catch more than 100 perch. 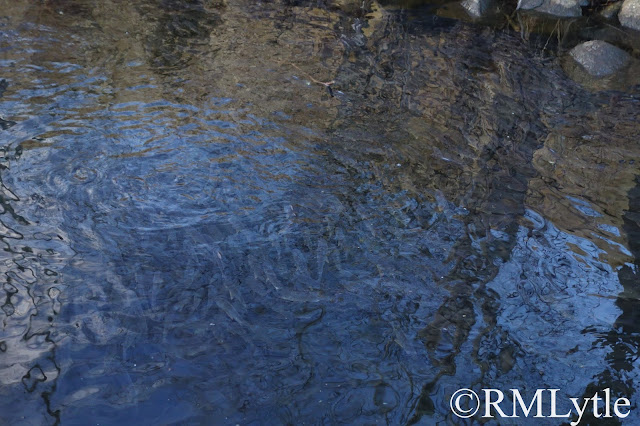 Massive perch schools aren’t uncommon in the Northeast in the winter, nor is catching loads of them in a short outing. But what makes this mega-school so unusual is its presence in an enclosed, shallow creek. You can see the perch schooled -sometimes certainly numbered in the thousands. The fish are packed as tightly as any menhaden school I’ve ever seen. Though certainly not natural, as the body of water isn’t natural and the white perch weren’t in the system even before it was dammed, it is pretty wild to observe. 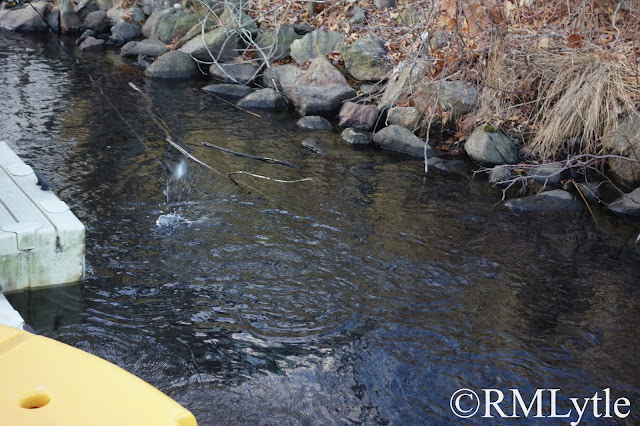 It has also resulted in some interesting animal observations. I’ve seen mink taking advantage of the easy meal on a number of occasions. More unusually, Noah, his dad, and now I have seen mallard ducks eating, with some difficulty, smaller, live perch that they somehow manage to catch out of the school. Though mallards seem fairly benign and unlikely to predate animals any larger than aquatic insects, they’ve actually been documented hunting, killing, and eating small birds. This is something I’d never have known had observing mallards eating live perch not piqued my curiosity. This is one of the reasons I love fishing so much. Done with a curious eye, it is a path to many unusual and surprising truths. 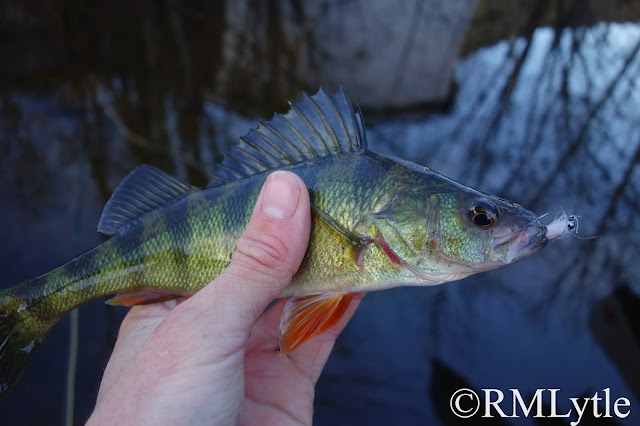 Another unusual phenomenon spurred on by these dense schools is mid-winter topwater bites. The perch schools are so densely packed that many of the fish are pushed to the surface. With just inches from the fish’s eyes to the surface of the water, they can’t help but notice a twitched dry fly. I catch some of these fish every year on dry flies. It makes for a fun little anomalous winter bite. 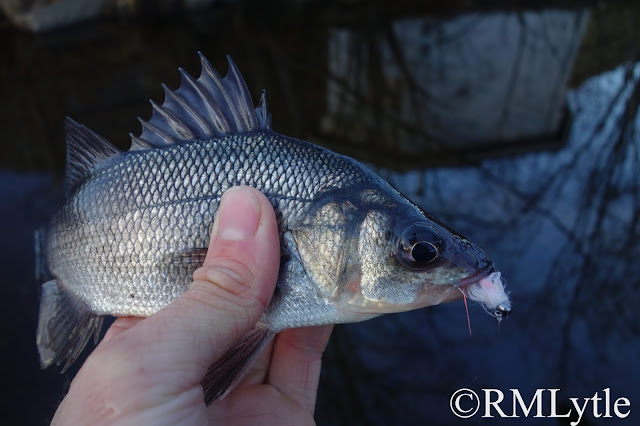 Noah and I spent a lot of time over the years watching these winter perch mega-schools. Most other winter fish gatherings happen on a scale too big for easy observation. Having this small water situation right by our houses was like Noah and I being able to experiment with winter fish behavior in a lab. It’s been a very cool experience. 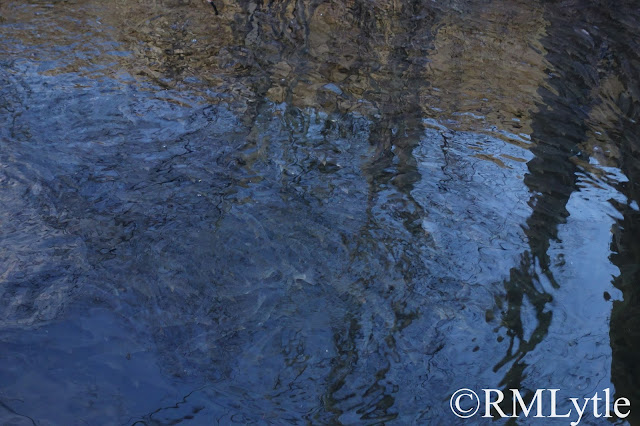 Fish for the love of fish.
Fish for the love of places fish live.
Fish for you.
And stay safe and healthy.
Thank you to my Patrons; Erin, David, John, Elizabeth, Brandon, Christopher, Shawn, Mike, Sara, Leo, C, Franky, and Geof for making Connecticut Fly Angler possible. If you want to support this blog, look for the Patreon link at the top of the right side-bar in web version.
Edited by Cheyenne Terrien
Posted by RM Lytle at 8:38 AM