Spillway holes in Connecticut are sporadically productive. It seems that throughout the Midwest, most spillways hold fish well through the winter, but in New England only a small percentage do. It has taken me quite a few years to find some that do hold bass, panfish, suckers, and shiners year round. To make things more complex, some of the spillways only appear to hold fish some years, regardless of conditions. I wish I could say visiting any spillway hole that isn’t frozen is a sure bet for some fish, but that’s definitely not the case in Connecticut. Fortunately I have a couple ringers, and when I’m not in the mood for holdover stripers, trout, or ice fishing, they are there to save my sanity. 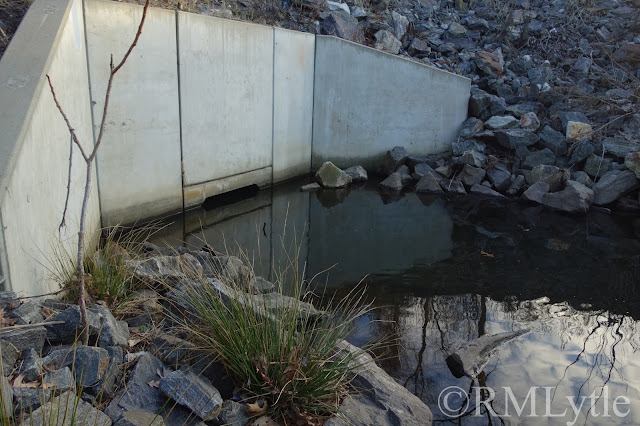 The thought process behind looking for fish in spillway holes in the winter is pretty simple. When the water temperature drops in smaller streams and rivers, the deepest, slowest pools offer the best refuge for warm-water species. Spillway holes are often deep and slow and some have slack or near slack water as well. The thermocline of the lake or pond above also plays a role if the dam isn’t exclusively releasing surface water. In the winter, the water at the bottom of the lake is typically warmer. In essence, the best winter spillways are micro-tailwaters. I know one such micro tailwater in Connecticut and a few top spill dams that hold panfish, bass, and golden shiners at least most winters.

Noah and I visited one such spillway on a mild day in mid January and found plenty of fish there but didn’t catch much. A few days later I went back on my own. I was in the mood to catch anything that wasn’t a trout, but I was particularly hopeful to get at least one nice golden shiner. I would fish a very small indicator and a size 14 Walt’s Worm. Like a float n’ fly in the late fall or early spring on a pond or the jigging through the ice, an indicator and tiny nymph is subtle enough not to disturb the fish and slow enough they don’t have to move much to eat. The indicator is key, the fly needs to suspend. There is rarely enough current to dead drift a fly in the column without an indicator. 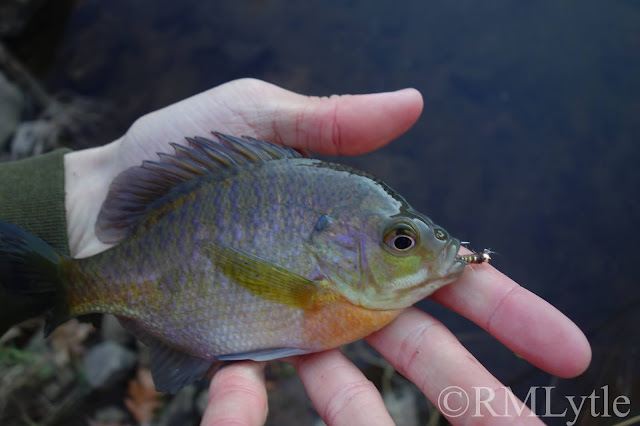 Initially it was sluggish. I could see some very small white suckers flashing but I wasn’t getting takes. It turns out many of the bluegills and crappies were all just jammed into a very small area of less than three square feet. As soon as I began casting to a specific part of the pool, it was a fish almost every cast. Bluegills dominated, though there were a couple very small crappies mixed in. 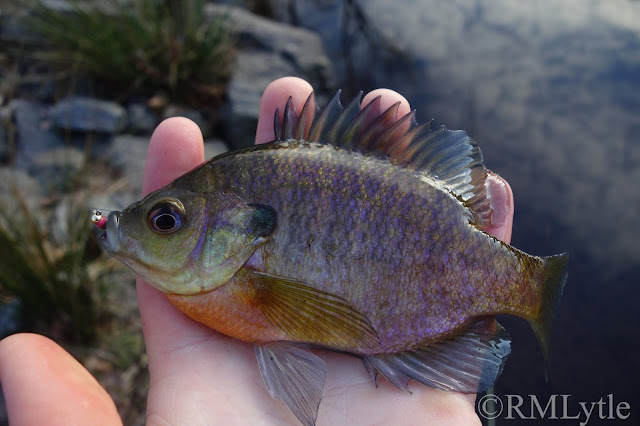 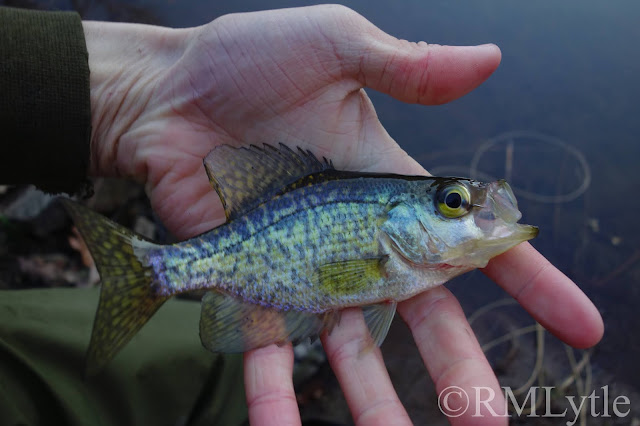 I kept going beyond the point where the bite seemed to die hoping for just one golden shiner. I was still getting the occasional take but not many after fish 23. I crept up on number 30 with 7 more bluegills in half an hour. My 30th fish was a golden shiner! It seems 30 is a number of significance when it comes to panfishing in particular. This is something Noah noticed first. If you want to catch something unusual or bigger, one in 30 fish will be something atypical. Sure, it’s not a law, but it seems pretty darn consistent. 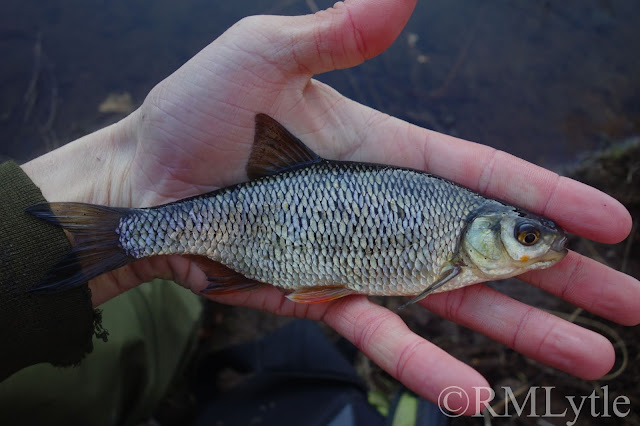 With my golden shiner acquired I decided to head to another dam to see if it was fishing well at all. This one had been sporadic for me but at least usually holds trout. Sure enough, that’s all I caught -stocked trout. One was a tiger. I can’t seem to escape those buggers. A little bummed that there weren’t any wild fish of any kind willing to eat and losing my light anyway, I headed home. My spillway adventures are not done yet this winter though. 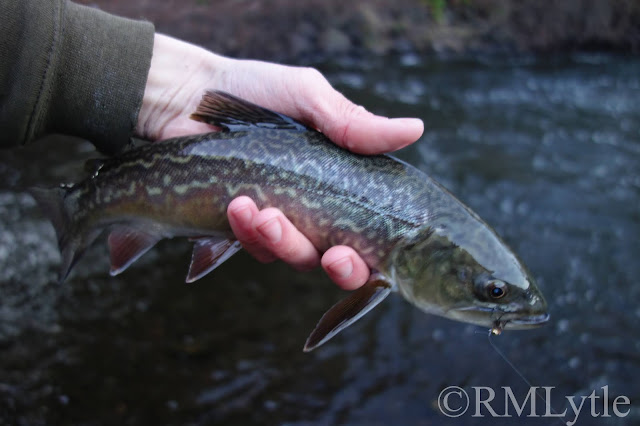 Until next time,
Fish for the love of fish.
Fish for the love of places fish live.
Fish for you.
And stay safe and healthy.
Thank you to my Patrons; Erin, David, John, Elizabeth, Brandon, Christopher, Shawn, Mike, Sara, Leo, C, Franky, and Geof for making Connecticut Fly Angler possible. If you want to support this blog, look for the Patreon link at the top of the right side-bar in web version.
Edited by Cheyenne Terrien
Posted by RM Lytle at 9:35 PM