It had just started to get properly cold in mid January when Garth and I went looking for our first stripers of the year. It was too cold, as it turned out- the spot was frozen over. In a desperate bid to catch something, I suggested we visit a productive winter panfish spot I’d been told about but had never fished. That turned out to be frozen too, so much so a lot of it seemed walkable. We didn’t bother testing it though, this little cove was criss-crossed by docks that allowed us to fish it without actually getting on the ice. We only had fly rods but both of us managed to get yellow perch.

Two days later, I returned, this time with Noah. We had the right gear and were hopeful that the fish would be on. They were, both of us were promptly catching panfish. I was using a tungsten jig and switching back and forth between the Eurotacke Eurogrub Jr. in white and Gammascud in chartreuse. Bias aside (I worked for Eurotackle and remain friends with the owner), these plastics hammer fish. They’ll go toe-to-toe with spikes a lot of the time and often enough even out-fish them. I fished some small tungsten bead nymphs as well. 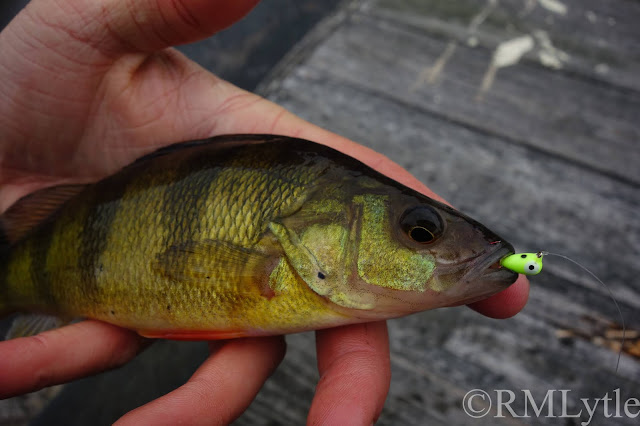 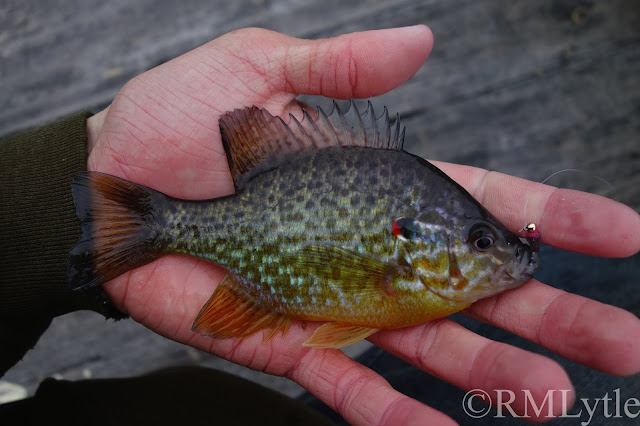 Yellow perch dominated, followed in abundance by bluegills, pumpkinseeds, and crappie. I also got a small golden shiner. The native pumpkinseeds were gorgeous specimens. They weren't big but they also weren't tiny. Pumpkinseeds are a stunning and underappreciated fish locally. Their colors often rival those of wild trout. Their patterns and depth of color vary drastically from fish to fish. Unfortunately, overcrowding and hybridization with bluegills keeps pumpkinseed numbers relatively low in waters they would have historically been the dominant sunfish. 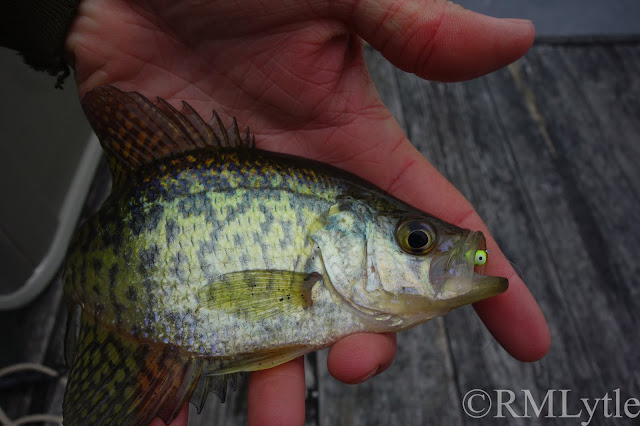 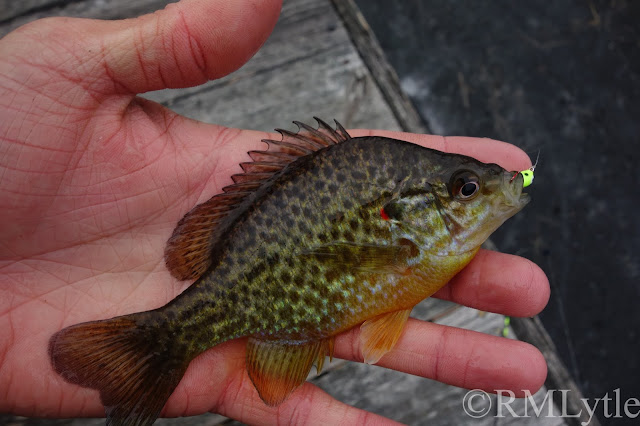 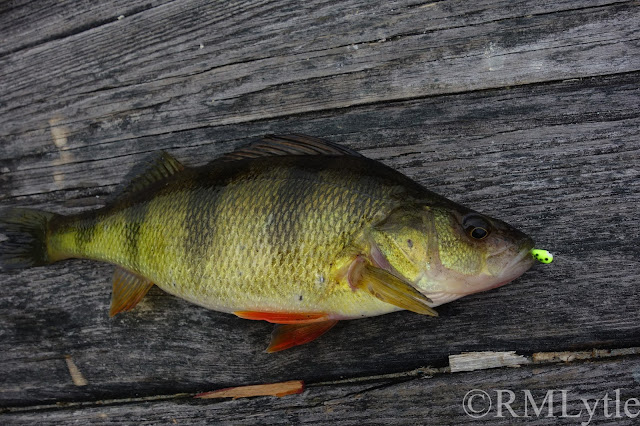 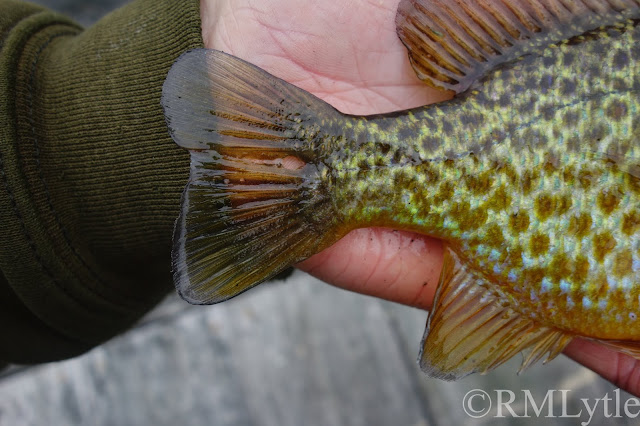 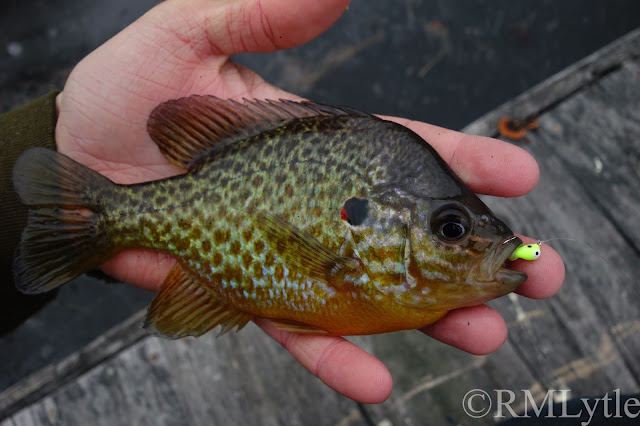 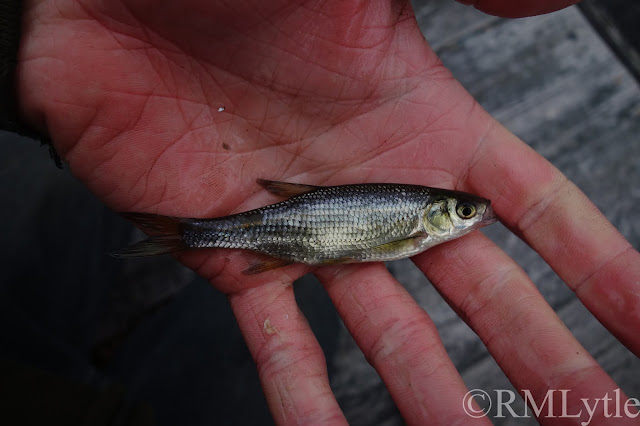 Ice fishing has been very good for me. Not only has it allowed me to stay out on the water on days I wouldn't want to fly fish but it has opened up new learning opportunities. It has allowed me another window into fish behavior. In any case where it is possible to fly fish (or at least closely approximate it), that's what I'll do. If not, I'm still going to fish. I want to learn as much as I can. That's what this is all about for me.

Until next time,
Fish for the love of fish.
Fish for the love of places fish live.
Fish for you.
And stay safe and healthy.
Thank you to my Patrons; Erin, David, John, Elizabeth, Brandon, Christopher, Shawn, Mike, Sara, Leo, C, Franky, and Geof for making Connecticut Fly Angler possible. If you want to support this blog, look for the Patreon link at the top of the right side-bar in web version.
Edited by Cheyenne Terrien
Posted by RM Lytle at 12:20 PM