Though creek chubs are considered native to Connecticut, their distribution within the state is patchy. The area within close proximity of my home is a bit of a hole in the patchwork distribution, but I get surprised every now and then. Five years ago I caught a large creek chub in a brook trout stream I frequent, only 5 miles from my house. It sticks in memory because it was not only the first creek chub I'd caught in that stream, but in that entire watershed. And it remained the only one I'd caught out of that watershed until very recently.

It was a bright not-yet-spring-but-getting-there type of day. I was further down the watershed than I'd been when I caught that one-off creek chub, looking for brook trout. The stream is one that had an abrupt rebound when the state stopped stocking it. Retired DEEP biologist Neil Hagstrom had expressed interest in the stream, and I confirmed his suspicions: I'd caught no wild salmonids of any kind before stocking ceased, but three years later the native char had taken hold again. It is now being stocked again, and frankly that's just stupid. I didn't catch a single fish there on this visit. 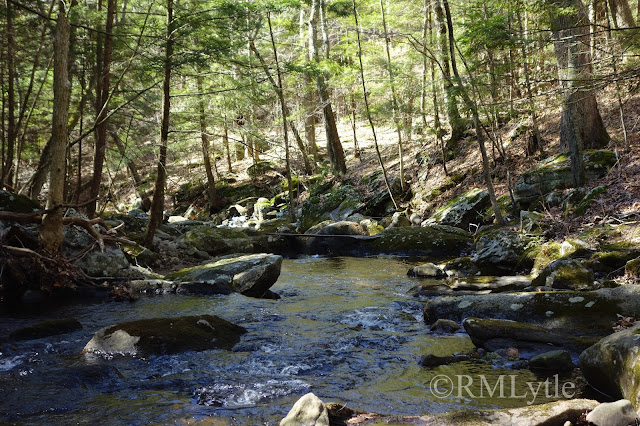 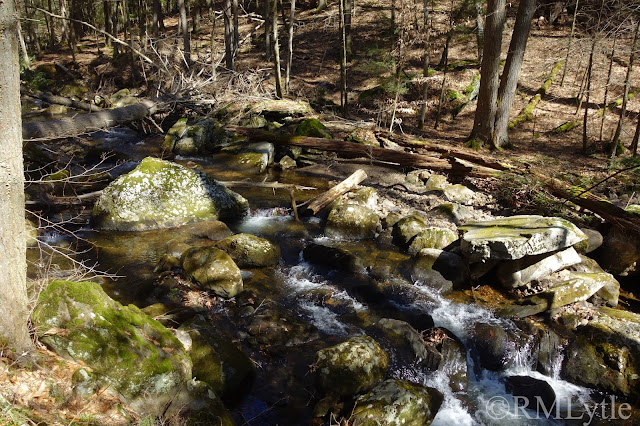 It wasn't until I walked up a tiny, unnamed tributary that I even saw a fish. In a quiet culvert pool, a dozen or so small minnows darted about, feeding in the gravel and detritus. I could tell they were Semotulis, but I couldn't tell if they were atromaculatus (creek chub) or, more likely, corporalis (fallfish). Fallfish are far more abundant in the watershed though not numerous in the tiny tributaries. They did appear to have a distinct lateral line, but so do small fallfish. I assumed they'd eat my nymph and give me a real chance to see them up close, and luckily they did. I could tell before I even got the first to hand that it was indeed a creek chub. 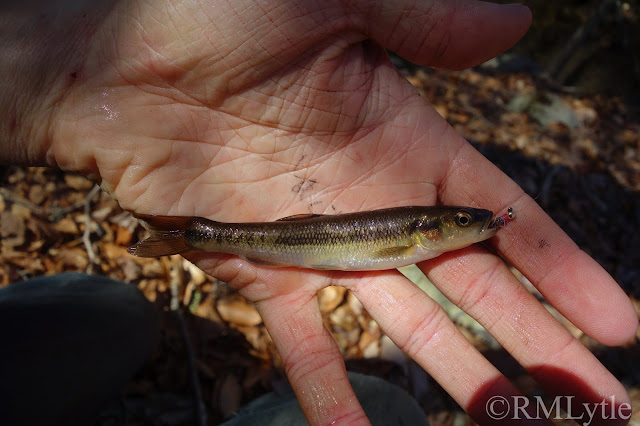 I ended up catching four more, ascending in size. Given the amount of time I've fished this area and how thoroughly, this was a big deal to me. It isn't a frequent occurrence for me, these days, to find a species that I don't expect to so close to home. 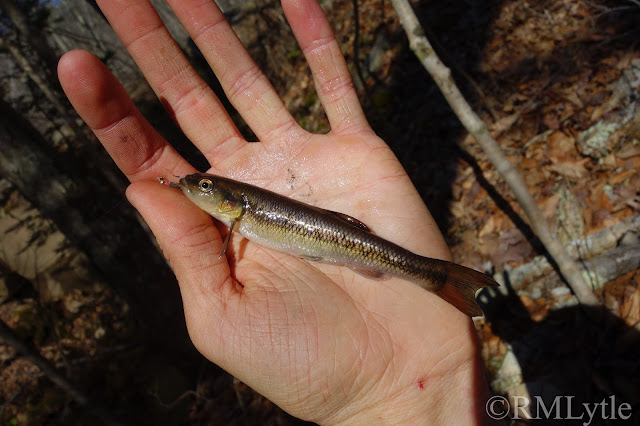 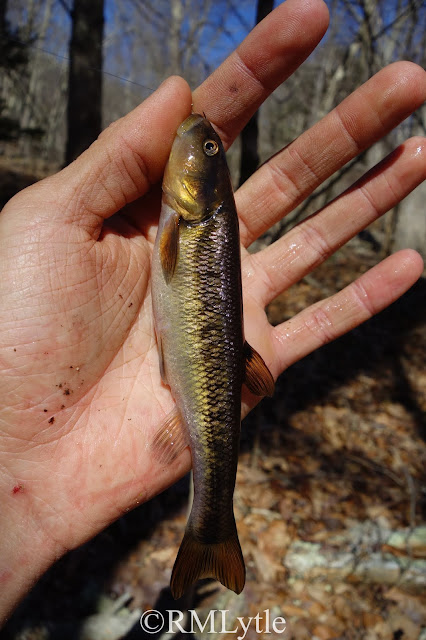 To most this would seem entirely uninteresting. Of course even anglers that have fished for 30 years often could care less to know the difference between a creek chub and a fallfish, both often lumped in as the same fish. To me, though, this was such a surprising and exciting find. Anything at all that increases my understanding of local waterways is welcomed knowledge and until this point I'd just assumed there weren't creek chubs in that area. Now that I know they are present I'd like to see if there is any abundance to that population outside of the little culvert pool. And of course I want to catch a really big one, though this isn't the place to do it.

Fish for the love of fish.
Fish for the love of places fish live.
Fish for you.
And stay safe and healthy.
Thank you to my Patrons; Erin, David, John, Elizabeth, Brandon, Christopher, Shawn, Mike, Sara, Leo, C, Franky, Geof, Luke, and Noah for making Connecticut Fly Angler possible. If you want to support this blog, look for the Patreon link at the top of the right side-bar in web version.
Edited by Cheyenne Terrien
Posted by RM Lytle at 7:47 AM