I love big chain pickerel. That’s never been a secret. I get a great deal of joy out of catching the native Esox species. I especially love really big pickerel. Regrettably, I’ve not been catching many truly giant pickerel in recent years. That changed one day in February while out on the ice. 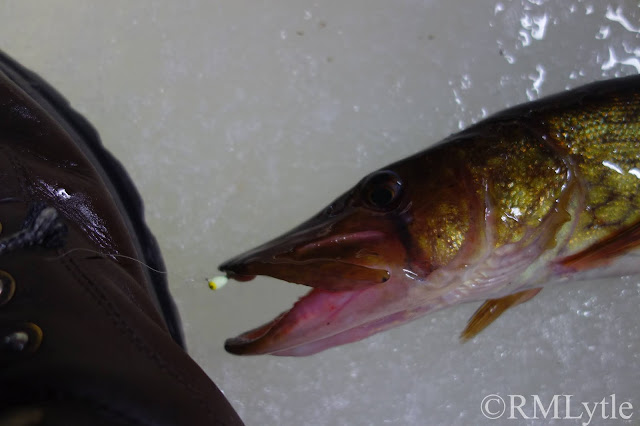 Rick and I were actually looking for panfish, mainly big bluegills and crappie. We set out on a shallow, weedy lake that we knew had a large abundance of both species in good sizes. We also knew it had a lot of chain pickerel, and we certainly wouldn’t mind catching those. The first few spots we tried weren’t especially active, we may have gotten a bluegill or two. But eventually we set up in a deeper spot and could see fish moving around in the weeds on the flasher. They were a little finicky, but we were soon slowly picking up bluegills. Eventually I got a crappie as well. There were a few “up bites” that I was missing, and these are usually indicative of crappie bites. 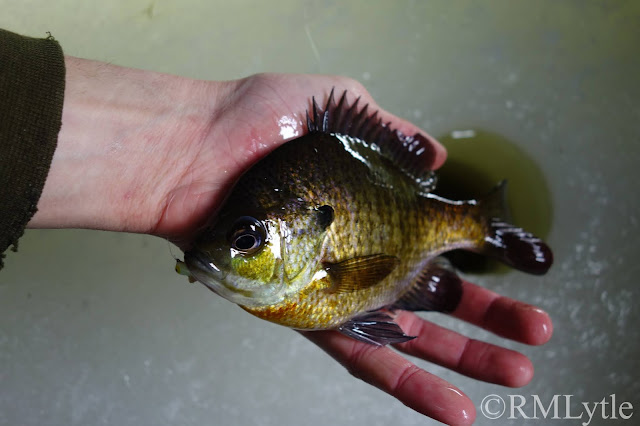 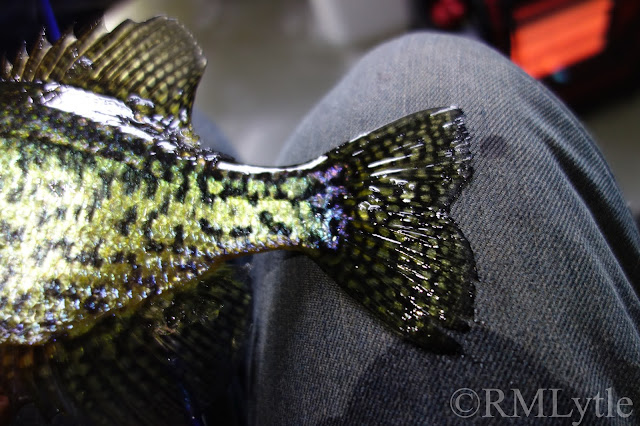 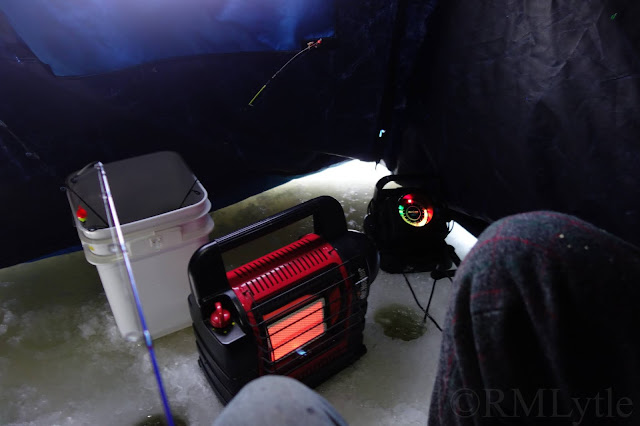 I got a pickerel too, maybe half a dozen fish in. It was a small one- beautiful but not impressive in stature. I always find it fascinating that pickerel will eat a tiny tungsten jig with only one or two spikes on it; it seems so small. It’s not really in their character. They’re smaller than pike but if anything, have even more attitude. Eating such a tiny bait just seems unlike them. They will, though, and nothing could prepare me more for the next pickerel that ate my little jig. It came out of the weeds and I saw the eat clear as day on the flasher. It felt heavy and immediately began running hard. I was using the equivalent of 5x tippet, so I felt I couldn’t possibly land this fish. The fight was a jaw clenching give and take, and when I got the fish to the hole I could see that not only was it a really nice pickerel but my line was crosswise through her teeth. With my heart in my throat, I shoved my hand into the frigid water and miraculously managed to get her through the hole. 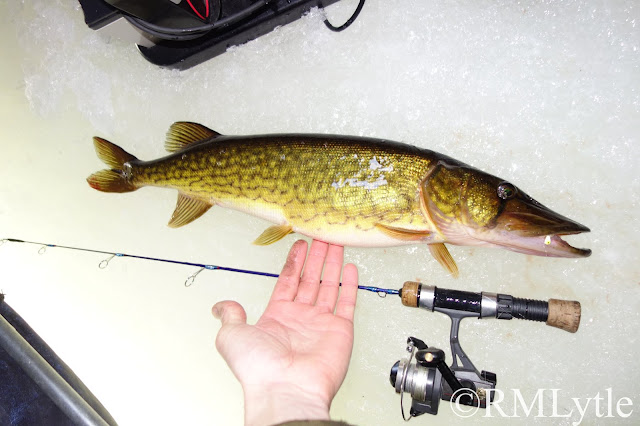 What a fish she was! Long, but more impressively, very girthy. There were clearly a few panfish in her stomach. This was the sort of pickerel I’m hoping I’ll get on the fly sometime this month or the next. The fact that this big predator -with 3 inch panfish in her belly- felt the need to eat that miniscule jig, and that I then got her to hand? Incredible. The highlight of the ice season for me.

We ended up picking at panfish and pickerel the rest of the outing. The bites came in bits and spurts. A couple of the pickerel were nice ones, though not nearly as impressive as the second one. It was an excellent day out on the hard water- one of my favorite days ice fishing ever. 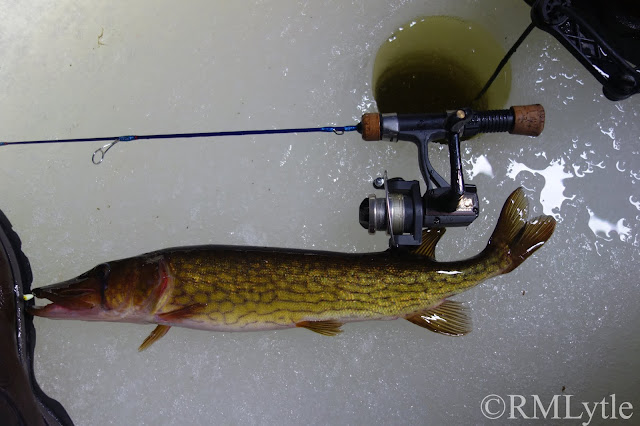 Fish for the love of fish.
Fish for the love of places fish live.
Fish for you.
And stay safe and healthy.
Thank you to my Patrons; Erin, David, John, Elizabeth, Brandon, Christopher, Shawn, Mike, Sara, Leo, C, Franky, Geof, and Luke for making Connecticut Fly Angler possible. If you want to support this blog, look for the Patreon link at the top of the right side-bar in web version.
Edited by Cheyenne Terrien
Posted by RM Lytle at 9:00 AM