Signs of Spring: Sunfish and Snakes

As the days gradually warm, the ice thaws, and we finally say goodbye to the erratic and harsh New England winter, those dormant for the last few months start to emerge and exhibit some behavior other than lethargy. As soon as the ponds open up, I start looking for the first bass and sunfish of the season. The sun heats up mud flats and shorelines, especially on the north sides of these bodies of water. Fish gather there to take advantage of the warmer water temperatures. This presents the first opportunity I get most years to cast dry flies for bluegills. The fish usually aren’t big and they are still slow and finicky, but after a winter of hardwater fishing any fish on a dry is welcomed.

Sometimes the gathering of sunfish and bass up in the shallows is visually spectacular, as was the case one day when Noah and I found the first fully open pond of the year. There was a big school of bluegills, largemouth bass, and small chain pickerel at the northeast end of the pond. 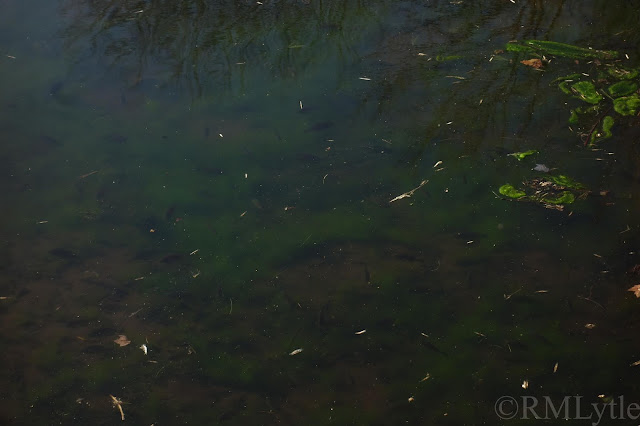 A few days later I visited another pond that is productive just about any time it isn’t frozen. Unfortunately it wasn’t quite as good this visit as it has been in the past. I saw a huge largemouth and the same big koi that has taunted me there for years, but the fishing wasn’t on fire. I managed a handful of bluegills, pumpkinseeds, and largemouth bass on both dries and small wet flies. The water was extremely clear and it was all sight-fishing, so though the catch rate was nothing special and I got nothing of impressive size it was still fun. It felt like spring. 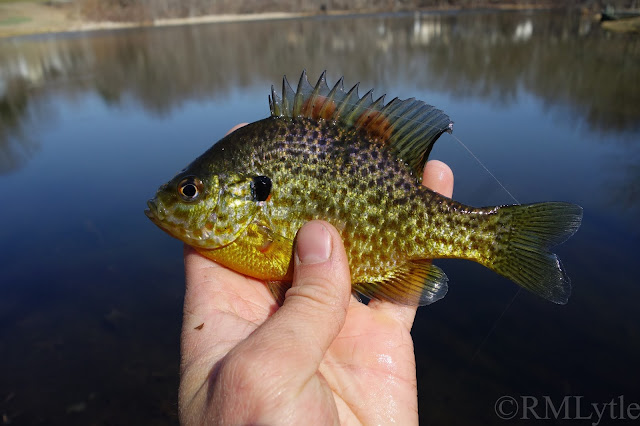 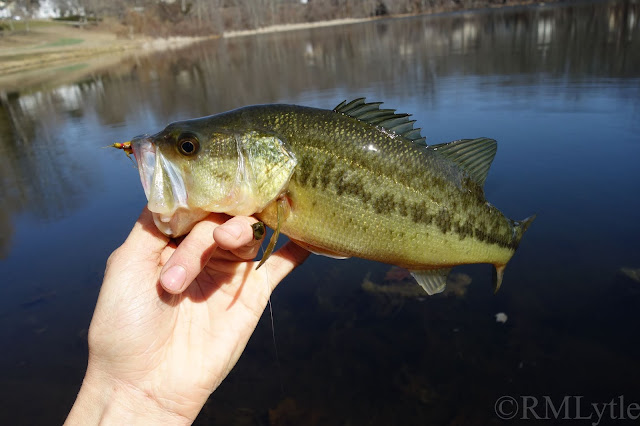 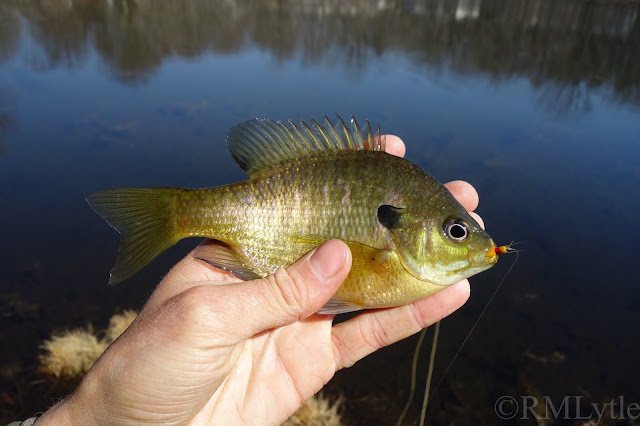 Afterwards, I made my way to a ledge where some black racers den. After a winter without reptiles, I was eager to see the first snake of the year and with air temperatures in the low 60’s it seemed like the right day. I pulled off the road and walked over to the ledge, noting just how warm it was out in the open. Slowly and cautiously, I examined the bottom of the ledge over towards the den holes themselves. I made it over to them and looked around very carefully but didn’t see any snakes. I turned and began to walk back towards my car when I heard a rapid rattling sound in the leaf litter. It was the telltale sound of a snake shaking its tail in the grass. Though rattlesnakes are known for their, well, tail rattling, and are certainly well evolved for it, they aren’t the only snakes that shake their tail when threatened. It's an extremely common behavior in racers. I looked closer and suddenly the snake came into focus. It was coiled under grass and leaves and very well concealed. My first snake of the year was in front of me, but I immediately backed off so as not to disturb it too much. I called my friend Bruce, and he almost immediately answered: “Wow. We must have ESP.”

He’d been in the process of writing a text to me about going to this very spot to see the first snake of the year. I left the immediate area and awaited his arrival before we went to photograph the snake, which fortunately had not decided to leave. 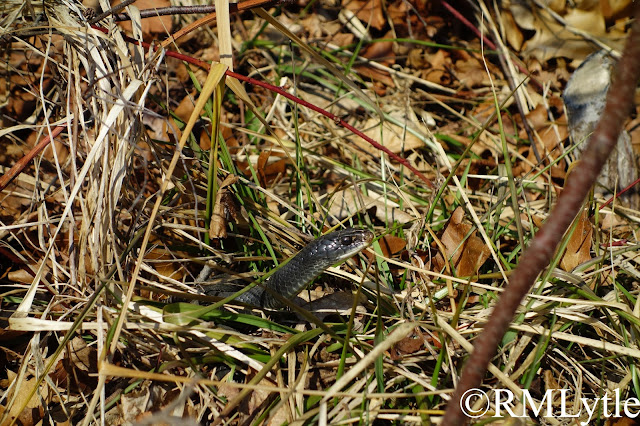 Bluegills in the shallows, black racers basking in the grass, and that warm sunshine beaming down… spring has sprung.

Fish for the love of fish.
Fish for the love of places fish live.
Fish for you.
And stay safe and healthy.
Thank you to my Patrons; Erin, David, John, Elizabeth, Brandon, Christopher, Shawn, Mike, Sara, Leo, C, Franky, Geof, and Luke for making Connecticut Fly Angler possible. If you want to support this blog, look for the Patreon link at the top of the right side-bar in web version.
Edited by Cheyenne Terrien
Posted by RM Lytle at 8:08 AM