Salter Brook Trout: What Is, What Was, & What Could Still Be. Pt. 1

A quiet, meandering stream flows south of Mashpee, Massachusetts. It’s origins are Johns Pond and the wetlands near it, and it empties into Waquoit Bay. The stream meanders through woodlands that are protected as the Mashpee National Wildlife Refuge and Quashnet Woods State Reservation. Though the area is mostly suburban neighborhoods, and one sees road signs that say “Thickly Settled” in such parts of Massachusetts, this barrier of protected land provides refuge for the stream, called the Quashnet River. This is important, because the Quashnet is home to a very special fish. Wild, native brook trout swim these waters.

Brook trout swim many streams in southern New England, but the brook trout of the Quashnet are special. This is because the river they are born in flows unimpeded into saltwater. There are no dams to prevent fish from coming and going, so some of these brook trout do. They leave the stream and enter the brackish and salt waters of Waquoit Bay at their leisure, undergoing a process like that of sea run brown trout or Atlantic salmon. But unlike those species, sea run brook trout aren’t regimented to a strict migratory schedule. Contrary to popular belief, they aren’t anadromous (fish that live in saltwater and run up freshwater rivers to spawn). They are simply wanderers, and enter saltwater sometimes for a variety of reasons including feeding and thermal refuge. These fish are commonly known as “salters.”

On a bright and pleasant winter day, I drove from my partner’s apartment in Rhode Island to Cape Cod. The weather felt and looked nice but was not good for fishing. High pressure and wind are rarely ever a good thing. I ended up struggling all day despite looking for pickerel, holdover stripers, and white perch in a variety of spots. Around midday, I ended up at the Quashnet, frustrated and expecting very little. I fished my way downstream then up, carefully avoiding wading on gravel because fry had still likely not emerged from the redds. I missed one take way down in tidal water, but was struggling. It wasn’t until all hope had left me that a brook trout came out of a log jam to eat my gold Empie Shiner and brighten my spirits. It was a diminutive but colorful fish; a true miracle. Only three streams in the area still hold these fish, and if we aren’t very careful it could soon be only two. 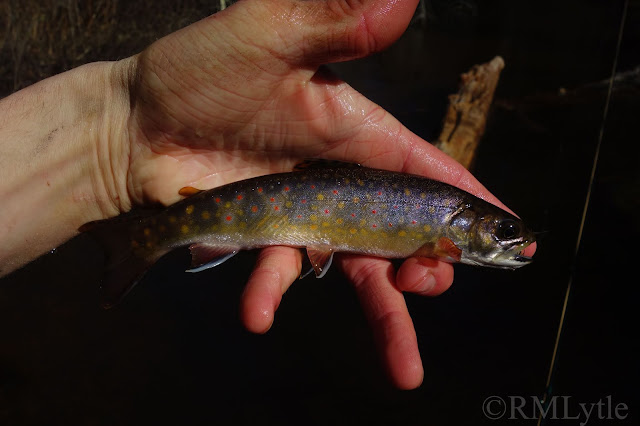 Crossing the canal bridge on my way back home, I looked over the land around Buttermilk Bay. I could see the community of Buzzards Bay, a town I’ve driven through many times. Out of my visibility was the town of Wareham and, to the north of Buzzards Bay, an important piece of land called the Lyman Reserve. Taking the name of the Lyman family, who owned the land through which a salter stream called Red Brook flows, donated the land to an organization called The Trustees of Reservations. They’d already deeded the land to Trout Unlimited for the express purpose of restoring the river's brook trout. Through the hard work of The Trustees, Massachusetts Division of Fisheries and Wildlife, Trout Unlimited, and Sea Run Brook Trout Coalition, habitat restoration and dam removal began to reap rewards. Brook trout numbers increased substantially and catch rates eventually reached historic levels not seen since the 1800’s (SRBTC). 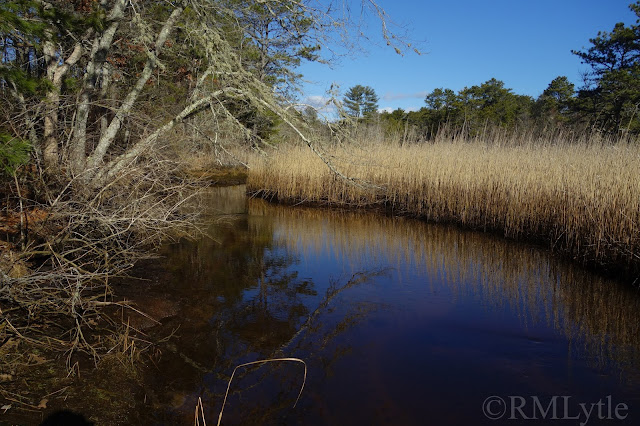 I’d gotten my first experience with sea run brook trout at Red Brook in 2017 with friend and guide Geoff Klane. I encountered a preposterously chrome, hefty brook trout in tidal water that refused to come to hand on that trip and had been returning ever since in hopes to meet that fish again. I’d not been successful, but the pull of the place was palpable. Red Brook is a trout stream after my own heart: free of non native fish species, low gradient and fickle, with a few truly large fish in it’s dark, hidden lies. I was broken up to learn that Red Brook may soon be in serious danger.

Parcels of undeveloped land near the headwaters of Red Brook are currently the focus of a proposal by a development group, fishermen, conservationists, and residents alike. A relatively quiet battle is being fought and the future of Red Brook could be at stake.

Fish for the love of fish.
Fish for the love of places fish live.
Fish for you.
And stay safe and healthy.
Thank you to my Patrons; Erin, David, John, Elizabeth, Brandon, Christopher, Shawn, Mike, Sara, Leo, C, Franky, Geof, Luke, and Noah for making Connecticut Fly Angler possible. If you want to support this blog, look for the Patreon link at the top of the right side-bar in web version.
Edited by Cheyenne Terrien
Posted by RM Lytle at 6:08 AM