One warm day in February, the first day it seemed we might be moving out of the long standing cold weather pattern, Cheyenne and I went for a hike along a tiny river valley stream. Like many of the streams in the same rock formation, this one seems nearly immune to low water and ice issues often inhibit the seasonal fishing quality of streams in the adjacent upland areas. Though tiny, I was aware it held sizable wild trout or at least had historically. Having only fished it once prior and caught just one tiny brown trout, I of course had a rod along with me. 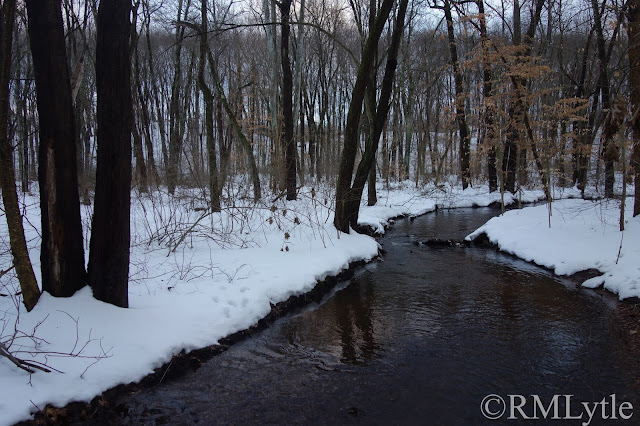 Tied to my tippet was a green weenie, a fly I’ve never quite given credit to. I’ve rarely ever tied or fished the green weenie for some reason. I’m not quite sure what had come over me but I’d churned out a half dozen one day before this outing and decided that would be the fly I’d throw. It’s a dead on inch worm or caterpillar imitation. That is, in fact, what it was tied to imitate. And yet I felt compelled to use it during a time of year notably lacking in such larvae. Fishing the green weenie in the winter certainly isn’t unheard of, not at all. Plenty of angler have fished and caught with the green weenie in the winter. It’s just funny to me that having confidence in a bright green worm when there’s more than half a foot of snow on the ground is possible.

Since fishing wasn’t top priority, I was fairly selective about how much casting I was doing. I occasionally handed off the rod to Cheyenne, too. I wasn’t really expecting anything. We came upon a deep, log-filled bend hole. I made one short bow and arrow cast into the soft water on the inside of the bend. As soon as the fly got to depth, my line came tight and a substantial fish was on. It was more than twice the size of any fish I’d seen in this stream prior. A brown trout of wild origins (it has been a great many years since this stream had been stocked), this specimen was an impressive example of what CT lowland creeks and brooks are capable of producing. 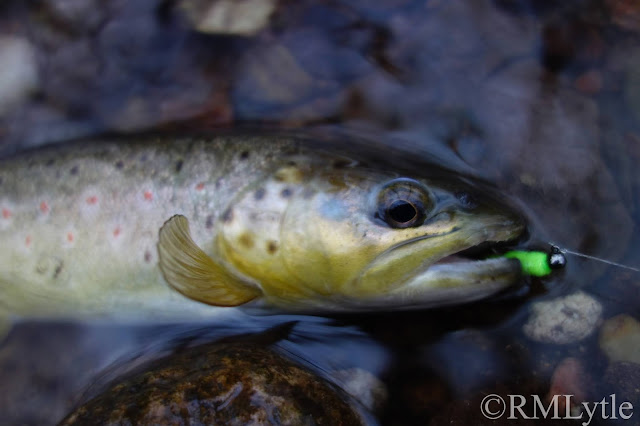 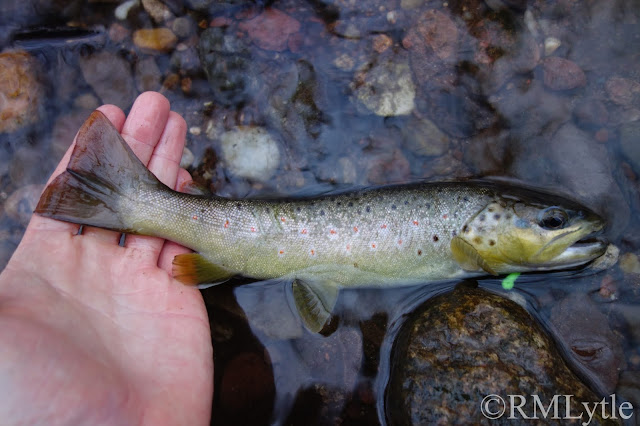 I know the same stream has brook trout as well. Though that was the only fish I or Cheyenne caught this day, I know return is inevitable. I’d like to see a large brook trout there- something the size of that brown. I am sure there are a few.

Fish for the love of fish.
Fish for the love of places fish live.
Fish for you.
And stay safe and healthy.
Thank you to my Patrons; Erin, David, John, Elizabeth, Brandon, Christopher, Shawn, Mike, Sara, Leo, C, Franky, Geof, and Luke for making Connecticut Fly Angler possible. If you want to support this blog, look for the Patreon link at the top of the right side-bar in web version.
Edited by Cheyenne Terrien
Posted by RM Lytle at 6:39 AM