A small stream like many others flows off of a particular hill in central CT. It is a stream I've been visiting for years, and it's one of my favorites. Moss-covered granite bedrock and healthy hemlocks give the stream a very ancient feel. It also looks very wild. This is, however, an illusion. Both ridges above the stream are deforested with housing developments on them. The headwaters emanate from within a farm. The sharp topography of the valley cut by the creek is the only thing hat stopped it, too, from becoming heavily developed. The whole area the stream flows through is but a shadow of what it had once been. Atlantic salmon no longer spawn in the river the small stream flows into. The timber rattlesnake dens to its south were extirpated before any regard for the importance of the species was realized. But a sensitive native species still swims in the stream, if only for now. 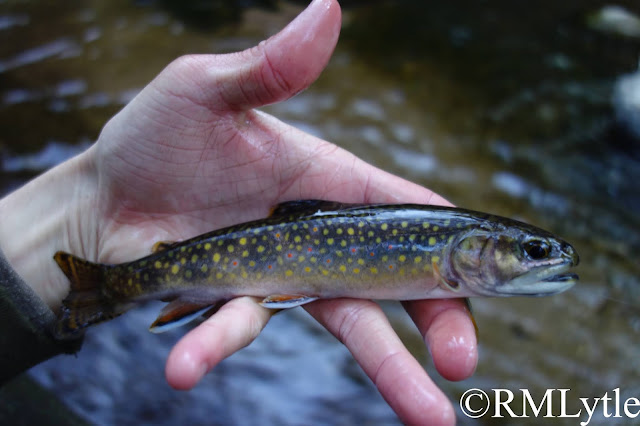 Native brook trout eek out a meager existence in the secret valley, under the siege of low water conditions every summer and fall as well as whatever chemicals run off from the farmland. Some manage to get quite large here: one 11 inch specimen caught by my father springs to mind. However most remain under 7 inches, feeding on what little insect life there is in the very sterile stream habitat. 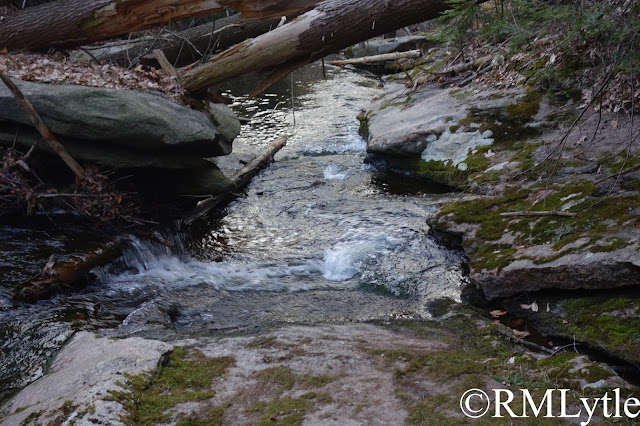 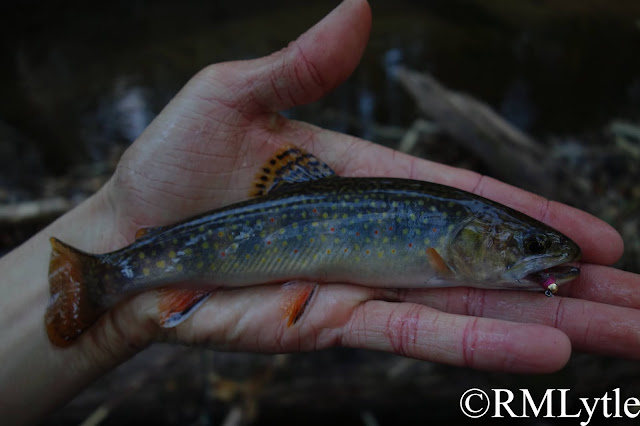 On a recent visit to the Valley, I found its resident brookies both abundant and willing. Sometimes this stream is very stingy, this was no such a day. No fewer than a dozen brook trout came to hand under those dark hemlocks. A few of them were caught on the dry. In one foam-filled eddy I caught no fewer than four brook trout consecutively. 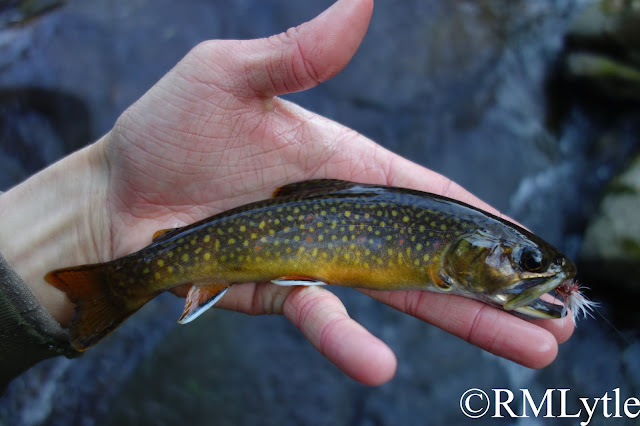 Though that day was certainly an exceptionally productive one, I still couldn't help but worry about my little brook. It had clearly changed quite a bit and some of the holes were now shallower. To worsen things, a new development has gone in. Any development draws water from the aquifer and makes the impacts of a drought much more severe. When I'm older, will there still be brook trout here? I fear they could be snuffed out if "progress" continues. It certainly won't be intentional, like the rattlesnakes that were killed with pitch forks and dynamite. Nobody is scared of brook trout, and I doubt anyone wants to extirpate them. People either just aren't aware or don't care one way or the other. This is the sad reality of the battle to protect wild things. It is difficult to get the word to everybody, and of those that hear only a handful will care and even fewer will take action.

Fish for the love of fish.
Fish for the love of places fish live.
Fish for you.
And stay safe and healthy.
Thank you to my Patrons; Erin, David, John, Elizabeth, Brandon, Christopher, Shawn, Mike, Sara, Leo, C, Franky, Geof, Luke, and Noah for making Connecticut Fly Angler possible. If you want to support this blog, look for the Patreon link at the top of the right side-bar in web version.
Edited by Cheyenne Terrien
Posted by RM Lytle at 7:14 AM