Salter Brook Trout: What Is, What Was, And What Still Could Be. Pt. 4

Many of you have probably already heard that Wareham’s voters shot down the NOTOS rezoning proposal by a wide margin. This is certainty a tremendous victory, and a very visible example of what good advocacy can accomplish. As a treat, I’d like to share a little bit of what has potentially been saved by this vote.

One late winter evening, after exploring some water in southeastern Massachusetts that I wasn’t familiar with, I gave up and went where I knew I’d have a shot at a salter. Red Brook’s sinuous path through the salt marsh glowed like goldenrod in the evening sun. I had decided not to fish above the tide line at all. I was sure I could catch fish upriver but I wanted to know that, if I did catch a fish, it would be a bona-fide salter: a brook trout caught in brackish, tidal water. With a classic brook trout streamer on the end of my tippet, I gently made my way through the marsh. Salt marshes are delicate wherever they exist, and this one was even more special than the average southern New England marsh. I cast my Edson Tiger in each bend, cut, and eddy, waiting for a grab I suspected may never come. Then, all so suddenly, it did. A brook trout peeled away from the sod bank and went airborne on the take.

After a spirited battle I had at hand a work of art. Painted with the same colors as the sun that was gracing the evening sky, but with a noticeable chrome cast when viewed at the right angle. This was exactly the fish I was looking for, which is a rare occurrence. More often than not I don’t quite find what I’m after. 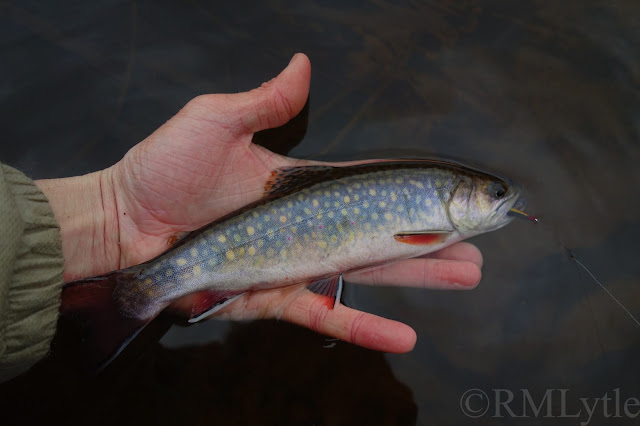 Red Brook was not done with me though. I was running out of river, very literally, when a fish of even more impressive stature made an appearance. I was almost in Buttermilk Bay, the furthest down the brook I’d ever encountered a brook trout. He ate on two consecutive casts and looked every bit of 14 inches. Both takes were miniature versions of what it looks like when a white shark blows up on a seal cut-out being towed behind a boat. I did not connect, but was left in complete shock just as I’d been when a fish of similar stature performed just such a routine the first time I ever fished this stream. 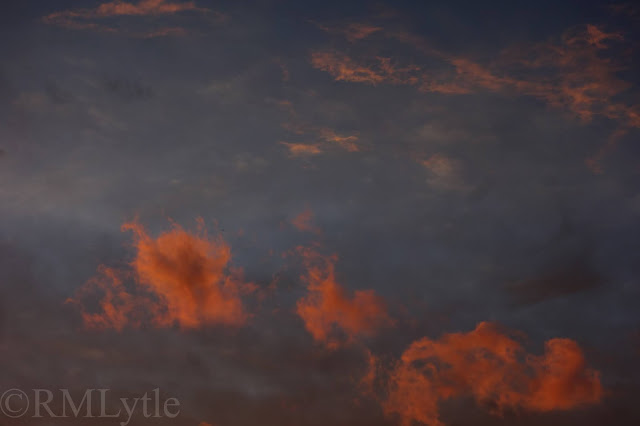 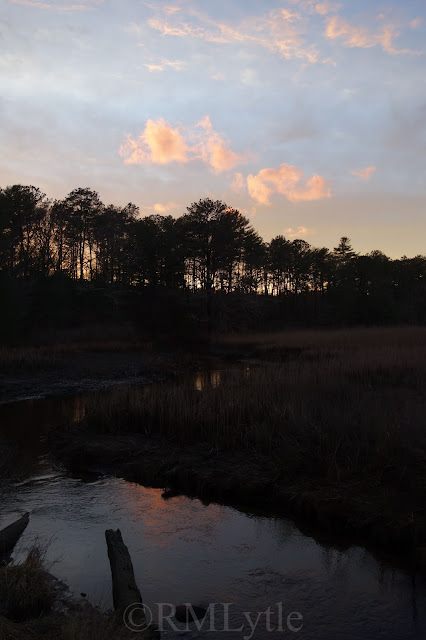 I left feeling rejuvenated, with a sense of hope I didn’t have when I’d stepped out of the car. But even though it looks like Red Brook will be safe, for at least a while, it and the Quashnet are stars in a very dark sky. Salters in the Northeast still face more challenges than they can rightfully be expected to survive. This saga is not over yet- far from it.

Fish for the love of fish.
Fish for the love of places fish live.
Fish for you.
And stay safe and healthy.
Thank you to my Patrons; Erin, David, John, Elizabeth, Brandon, Christopher, Shawn, Mike, Sara, Leo, C, Franky, Geof, Luke, and Noah for making Connecticut Fly Angler possible. If you want to support this blog, look for the Patreon link at the top of the right side-bar in web version.
Edited by Cheyenne Terrien
Posted by RM Lytle at 8:48 AM