We've obviously had a lot of rain this summer, more than we've had here in a long time. Some of it has come along with some beautiful night-time light shows. I've been interested in chasing severe weather for far longer than I've fished, and this season I've had some good chases and some busts. Notably last week I made a very poor forecast and missed an incredible supercell. A few nights, though, I've been able to stay at home- the storms came to me. One night- just after the tropical remnants -I had a pretty good show just to the north. I did kinda poorly behind the lens but didn't go completely empty handed. 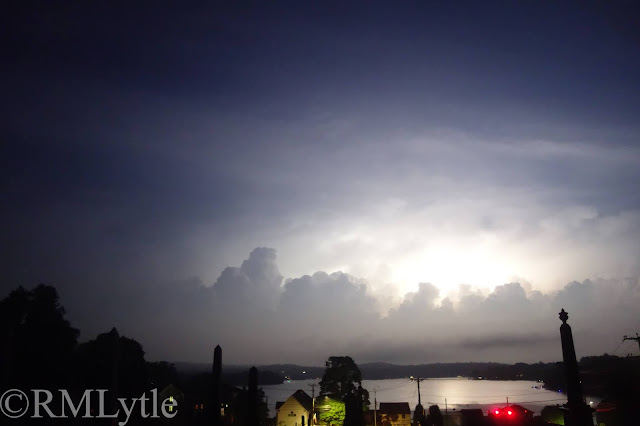 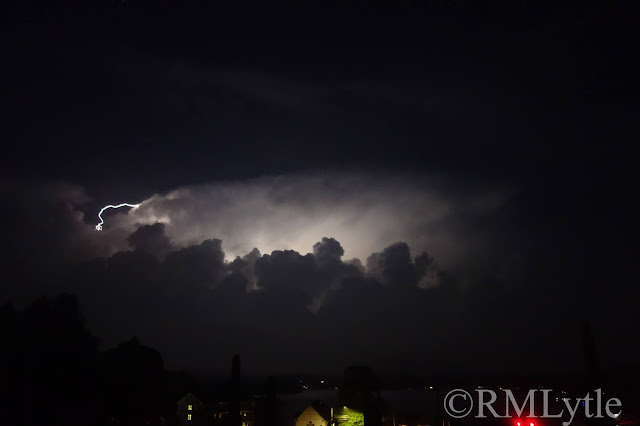 Another advantage of big rain is a slight improvement in summer land-based walleye fishing. Overall, summer is a poor time for getting walleye on the fly locally. Heavy rain can lead to a quick reprieve though, drawing walleye into shallow water for a short time. As the lightning activity declined that night I made my way to a reliable walleye spot.

The fishing was slow,. Dreadfully slow. Even in March I get pretty good bycatch, usually. I was surprised to go a half hour without a take from any fish of any sort. Then along came a long snake of a walleye to make my night. 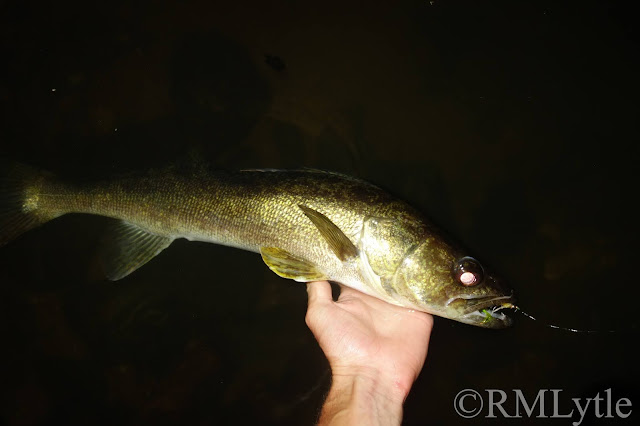 Walleye are sneaky little bastards, often making their way in and out of the water, I can reasonably expect to catch them on fly in mere hours. It has taken a pretty long time to dial places in well enough to be able to catch them almost on command. They are very habitual though, so once I was able to determine patterns it got much easier. That goes for most fish, though. Take that into consideration when you have a successful outing. It is probably repeatable.

Fish for the love of fish.
Fish for the love of places fish live.
Fish for you.
And stay safe and healthy.
Thank you to my Patrons; Erin, David, John, Elizabeth, Brandon, Christopher, Shawn, Mike, Sara, Leo, C, Franky, Geof, Luke, and Noah for making Connecticut Fly Angler possible. If you want to support this blog, look for the Patreon link at the top of the right side-bar in web version.
Edited by Cheyenne Terrien
Posted by RM Lytle at 4:10 PM