Back before all the rain brought the river up to atypical summer levels, Noah and I hit the Housatonic looking for as many smallmouth as we could catch. That is precisely what we encountered.

The conditions were ideal for both numbers and size. It was hot and humid, and thunderstorms were predicted that afternoon. The water temperature was in the low 70's. The flow was down enough that we could wade just about anywhere we wanted. The fish were appropriately fired up. Actually, it was just downright crazy. It was the best day of smallmouth fishing I'd ever had. 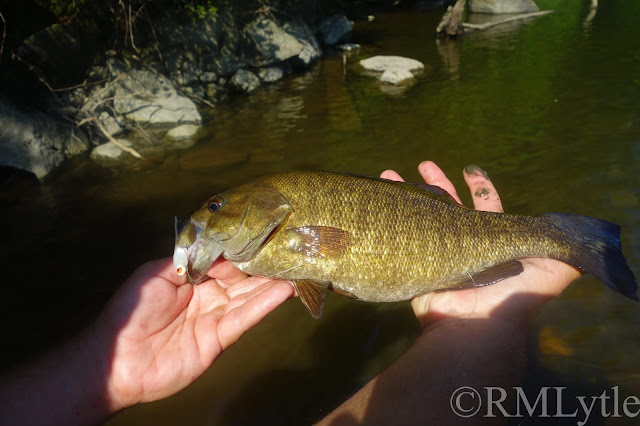 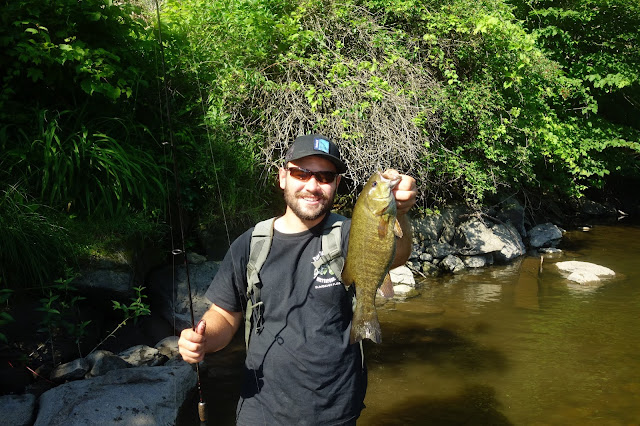 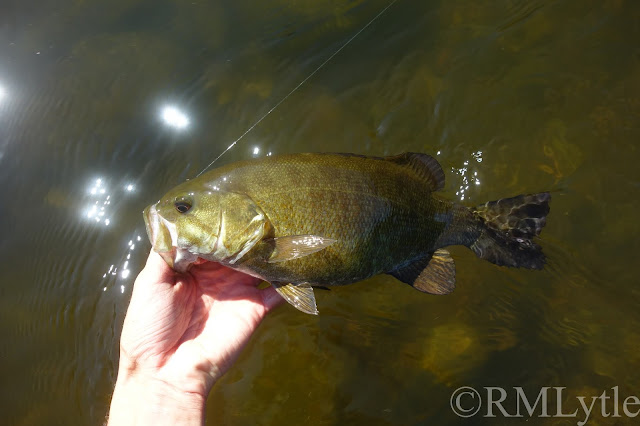 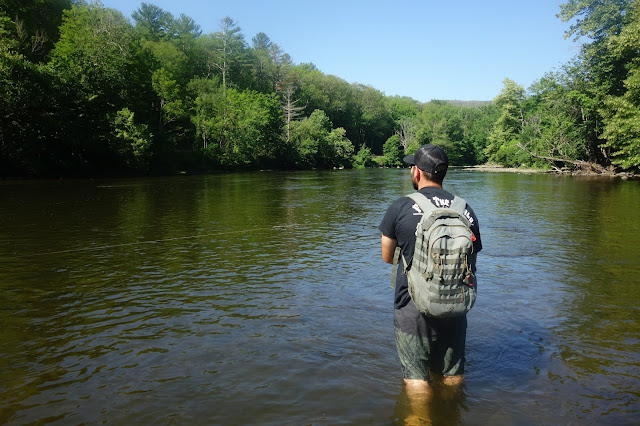 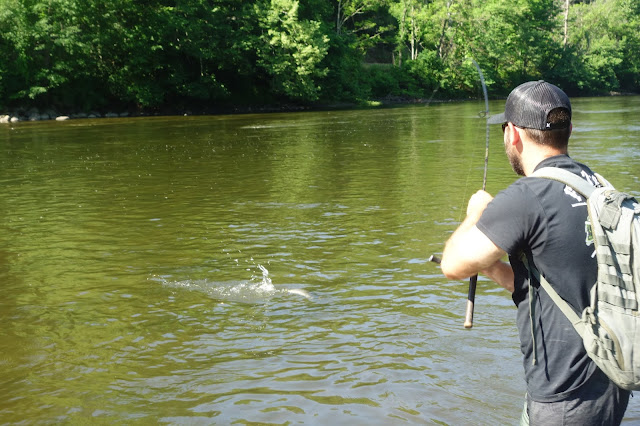 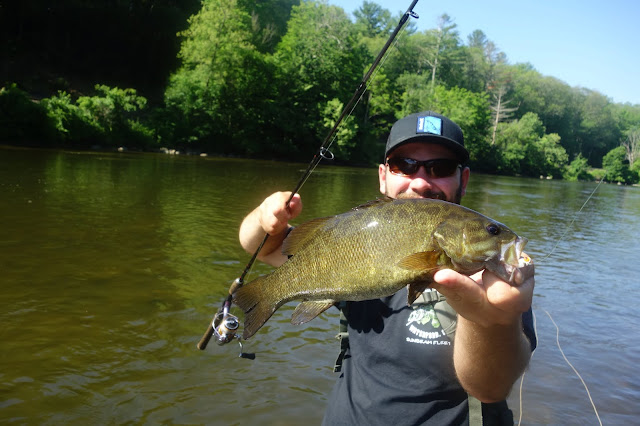 We hooked fish after fish in each hole we plied. Noah fished small jigs with soft plastics, I fished streamers. The most productive fly, far and away, was the Half Pint. I think it does a decent job of looking like, well, food. It looks kind of like a crayfish, a lot like a darter, a bit like a bluntnose minnow, and quite a bit like a yearling smallmouth. Whatever it looks like, smallmouth like it. 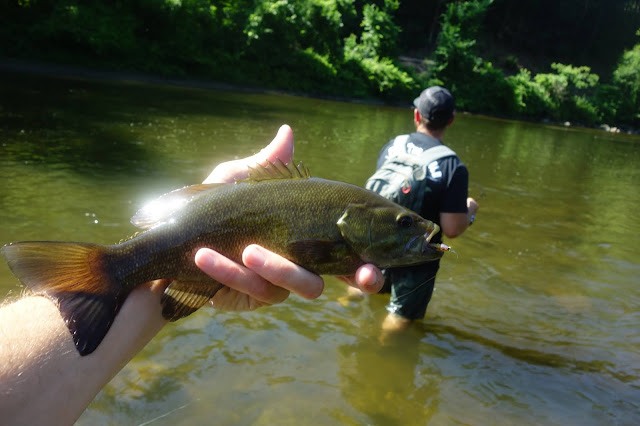 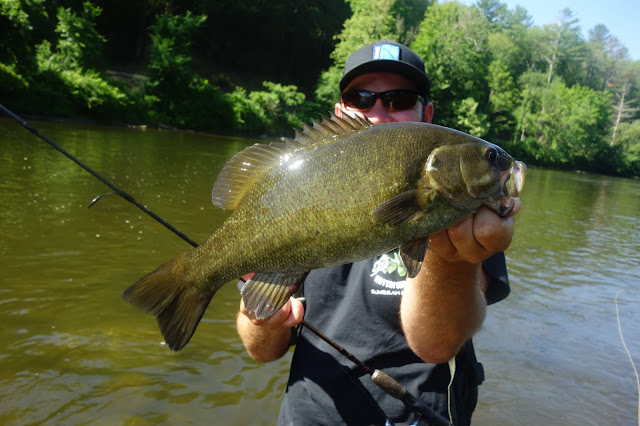 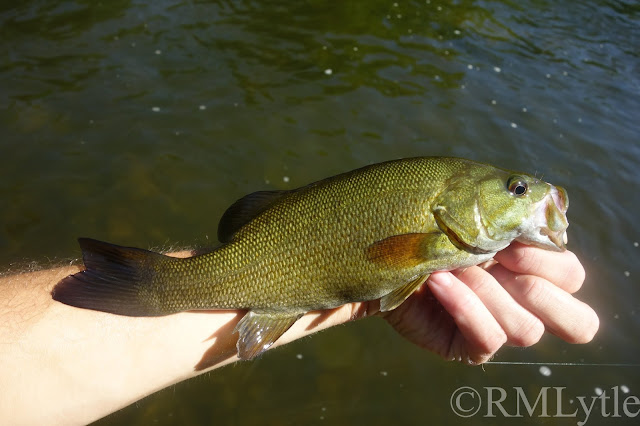 The average size was phenomenal. The fish above is typically the average- and sometimes a bit above average -on the 'tonic. On this day small fish, bass under 11", were a notable minority. Fish averaged about 13", with a noteworthy quantity well in excess of that number.
Noah and I both managed to lose fish in excess of 18" though. That was painful, as many go a long, long time without seeing a true Housatonic 18". 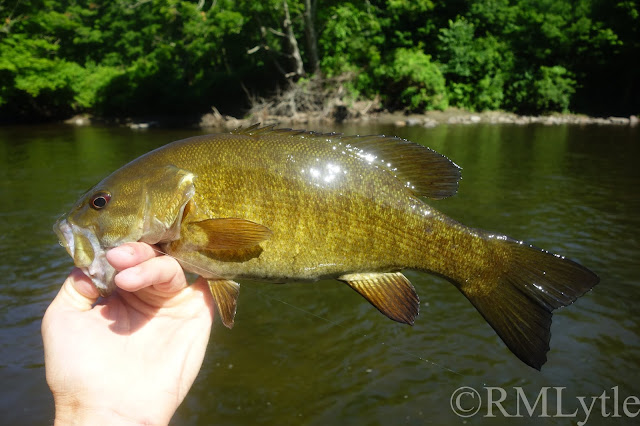 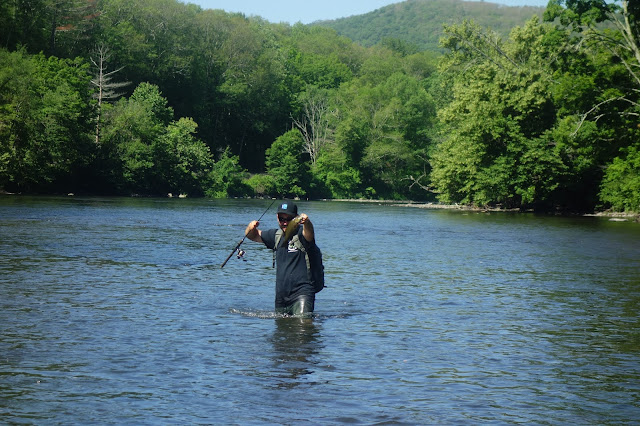 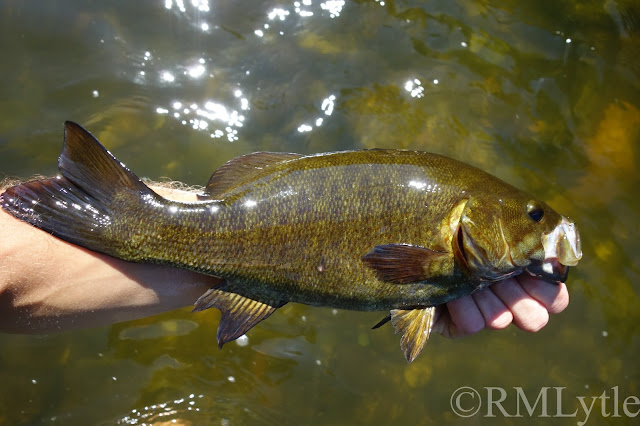 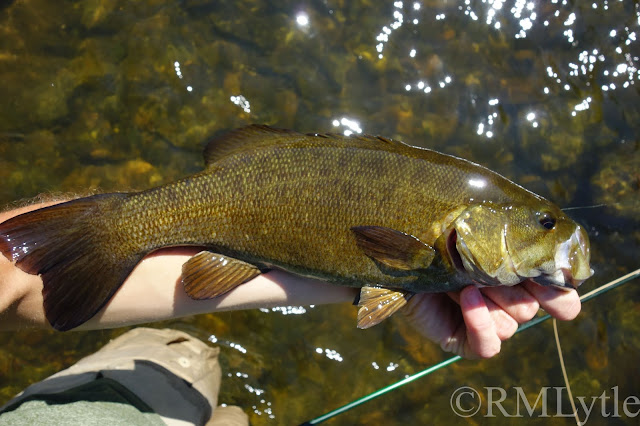 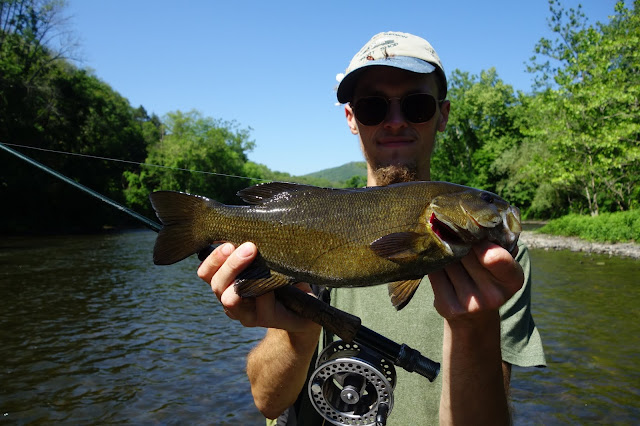 Noah's 18" ate in a deep, fast run. It performed a single jump then shook off. Mine ate in even faster water. It was an extremely visual eat. The fly had been riding deep in the slow crease beyond a very fast current tongue, and when I could no longer manage slack and the line came tight, it quickly rose towards the surface and began to swing. The fish followed it up and ate it in full view in a quite violent fashion. It was nuts. And of course she somehow managed to shake off well into the fight. 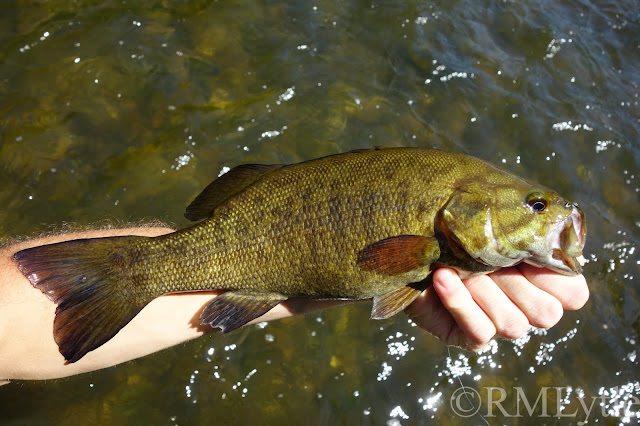 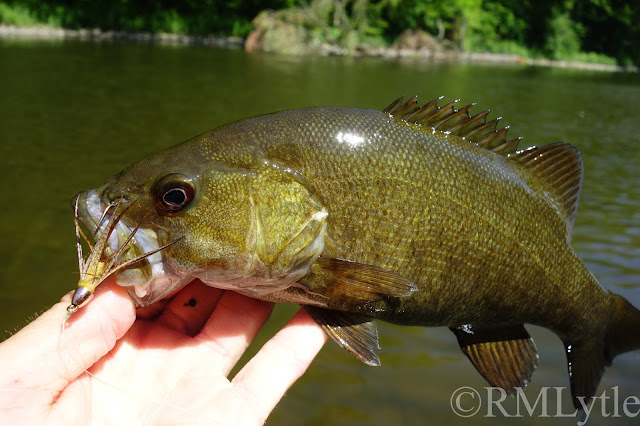 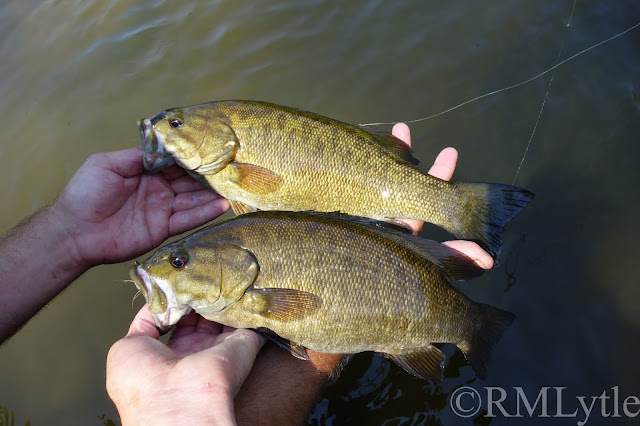 Aside from those two moments of heartbreak it was as good a day of bass fishing as one could hope to have on this water. Truly crazy, nonstop, absolute chaos. 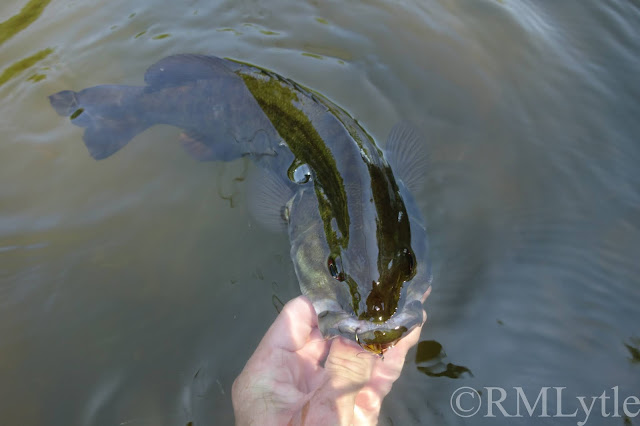 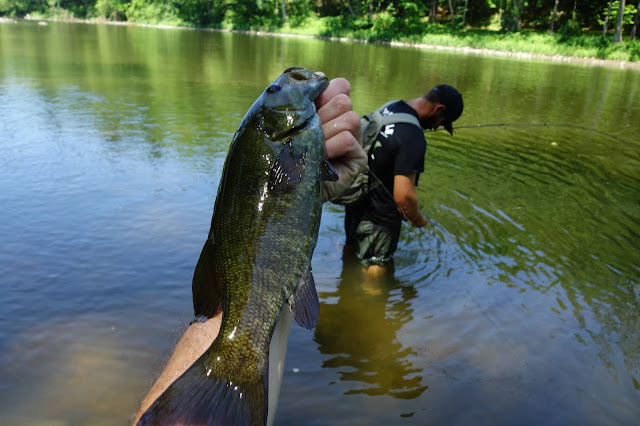 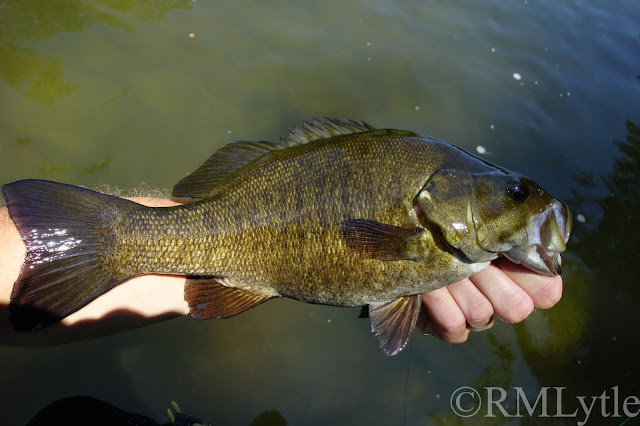 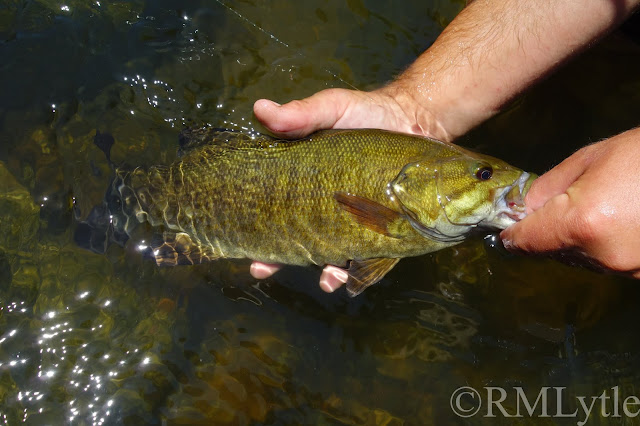 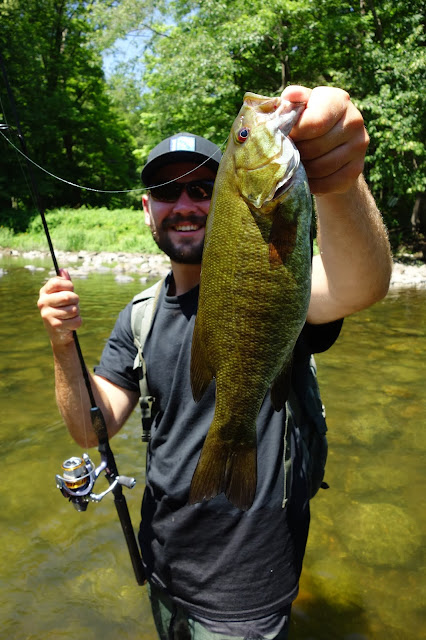 Eventually Noah actually started to get tired of it. We'd exceeded 45 smallmouth apiece by that point, so it was at least a bit understandable. We tried to shift gears a bit. What followed will be the subject of a different post.

Fish for the love of fish.
Fish for the love of places fish live.
Fish for you.
And stay safe and healthy.
Thank you to my Patrons; Erin, David, John, Elizabeth, Brandon, Christopher, Shawn, Mike, Sara, Leo, C, Franky, Geof, Luke, and Noah for making Connecticut Fly Angler possible. If you want to support this blog, look for the Patreon link at the top of the right side-bar in web version.
Edited by Cheyenne Terrien
Posted by RM Lytle at 8:23 AM